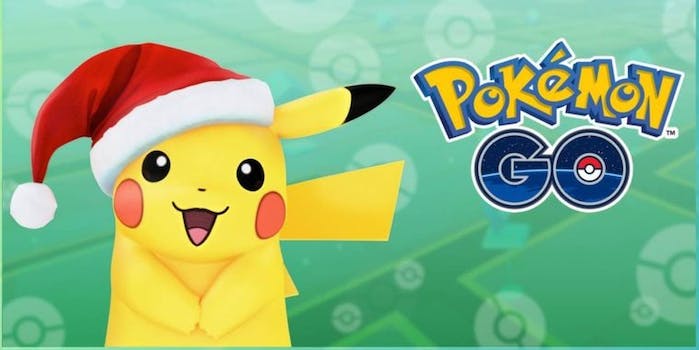 Pokémon Go’s latest update added more than just a Santa hat-wearing Pikachu and a few new adorable baby Pokémon to hatch. Players feared that this might be the only way the popular augmented reality app planned to commemorate the holiday season, but data miners at the Silph Road have uncovered some signs that point to a special event coming soon to the game.

The code unveiled a variant icon for the shop and text indicating that “holiday items” will be available. Icons were also found for special present boxes, but it is unknown how to obtain them or what they contain.

There isn’t conclusive evidence to say if these bonuses will be paid or not, but they seem to be associated with the shop, accessible from Pokémon Go’s main menu. If Niantic is planning to roll out something for Christmas, the update will likely go live very soon, as previous events have started a few days before the holiday they commemorate. The only current seasonal celebration for the game, a festive Pikachu, will be available until Dec. 29.