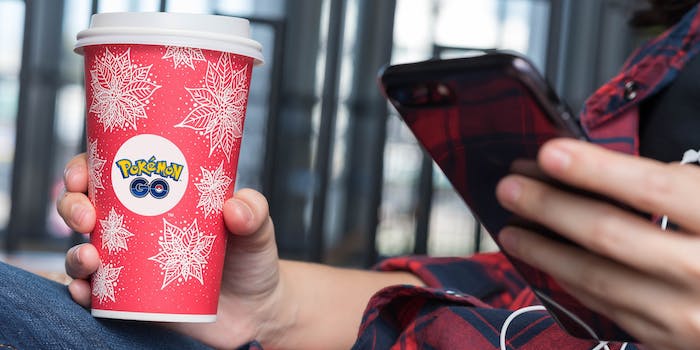 Could this be the update fans have been waiting for?

Pokémon Go fans have been speculating for weeks that a major game update would soon drop 100 more Pokémon into the game.

This theory has been primarily based on placeholders found in the game’s code by dataminers. But leaks from Starbucks—yes, Starbucks—employees suggest a game update is coming this week.

The leaked Starbucks training documents explain that Starbucks and Pokémon Go developer Niantic are partnering to make almost every company-operated Starbucks location in the U.S. a PokéStop or gym. (The locations being skipped don’t meet Niantic’s specs for becoming a stop.) 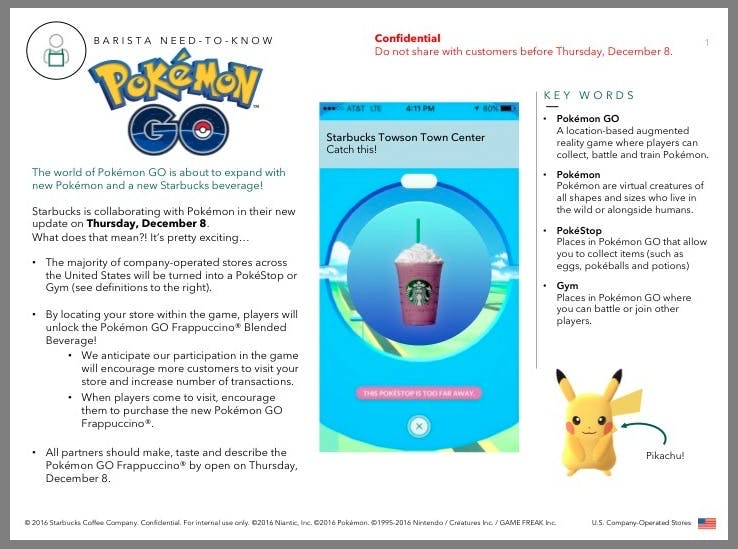 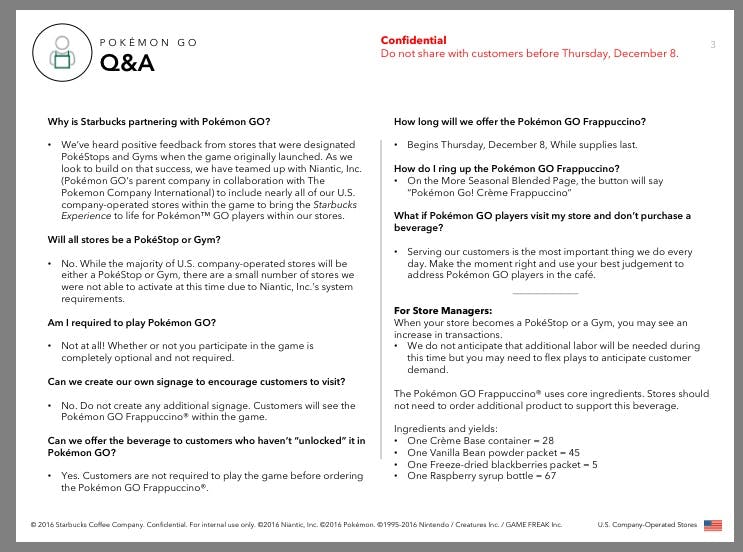 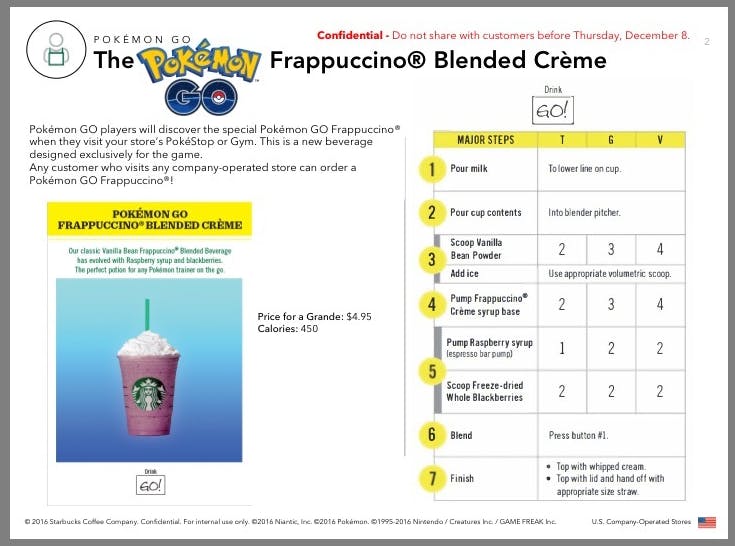 The documents say the Starbucks PokéStops and a new berry-flavored Pokémon frappuccino are debuting in conjunction with an update to Pokémon Go. The documents don’t specify what will be included in the update, so it’s possible the game update Thursday won’t be the Pokémon expansion fans have been waiting for.

But with the large-scale promotional push backing up previously discovered clues in the game’s data, many fans have their fingers crossed that Thursday will be the day Niantic expands its Pokémon roster.

Update 9:21 am CT, Dec. 8: Niantic has confirmed in a blog post that Starbucks is now a partner, and that 7,800 company-owned Starbucks stores will now host PokéStop or gyms. The developer also confirmed that news on the addition of new Pokémon would be released on Dec. 12.