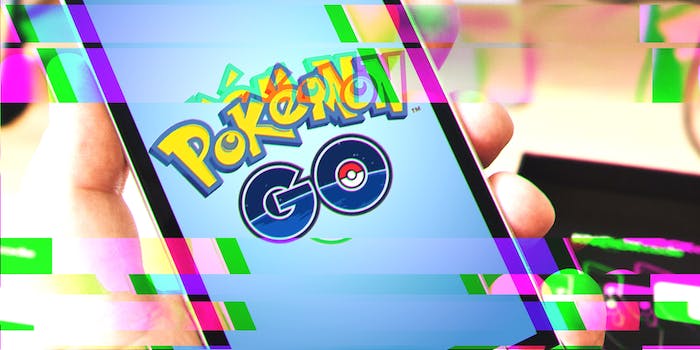 It might be time to give the game a rest until it’s fixed.

No, you are not imagining things: Pokémon Go is broken.

What ought to be the easiest Pokémon to catch are now bobbing and weaving like champion boxers and then running away like cowards.

Pokémon Go developer Niantic has confirmed via Twitter on Thursday that its runaway success of a game is currently experiencing some appreciable issues owing to a bug introduced by the game patch uploaded last weekend.

Pidgeys are some of the lowest-level and common Pokémon you will find in Pokémon Go. They are everywhere. They’re supposed to be weak and easy to catch, but right now it can take four or five Poké Balls to make the capture because Pidgeys keep breaking out of Poké Balls. Then, after you’ve wasted so much ammo on them, the Pidgeys too often just run away.

The problem isn’t limited to Pidgeys, but it feels particularly insulting when the bug affects what ought to be such an easy catch. This GIF nicely sums up the current issues that Pokémon Go players are experiencing.

The game bug hasn’t only messed with players’ ability to make easy captures. It’s also borked the bonus experience you’re supposed to get when you hit Pokémon with curve balls.

Trainers, a new bug affecting throw accuracy increases the odds of escape and omits the XP bonus. We are working on a fix, stay tuned…

Unless you live right on top of a few PokéStops such that you can tap them for a steady supply of Poké Balls, or unless you’re willing to engage in microtransactions to purchase Poké Balls to make up for all the ones you’re wasting on Pokémon that are way too difficult to catch right now, you might want to either put the game down for a bit or only try catching rare Pokémon that you’ll later regret passing up on.

But Pidgeys, Rattatas, and other common Pokémon? Totally not worth your time right now.