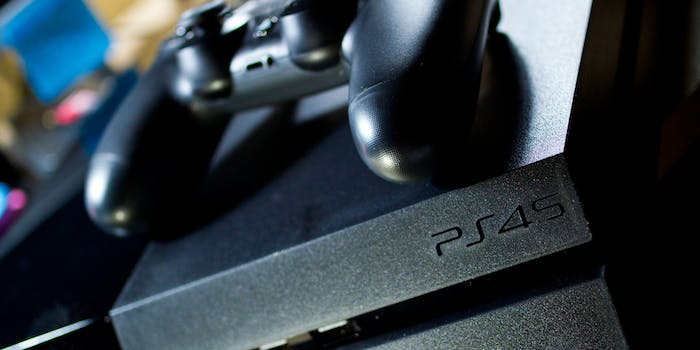 Sony confirms the PlayStation 4.5 is coming—but not to E3

Only days before the start of E3, Sony has already dropped some big news.

E3 is starting in two days, but Sony has already dropped a major piece of news: The PlayStation 4.5 is on the way.

The Financial Times reports that the system, codenamed Neo, is intended to be a compliment to the PS4, according to Sony CEO Andrew House. Specs weren’t discussed beyond the system’s ability to support 4K resolution.

It’s a fairly sure bet that the beefed-up PS4 aims to support PlayStation VR. House also mentioned that the Neo will cost more than the current PS4, and that both consoles will support the VR headset.

Documents that allegedly show the new hardware were leaked by Giant Bomb in April. According to them, the new hardware will have a better GPU, a higher clock speed, and better bandwidth to manage memory. While there are improvements, it’s worth noting that they are slight in comparison to the original system.

House also confirmed that “a very large majority of games” will also support the Neo, which could mean some of our PS4 favorites might look just a bit better very soon.

Sadly, the Neo won’t be shown at E3 this year; however, Sony will show games for PlayStation VR at the expo. We can likely expect to see those games showcased on the Neo in the near future.

Rumors have been floating around for some time that Microsoft is also preparing a stronger console and that it could be announced at this year’s E3. Allegedly codenamed “Scorpio,” the console is supposedly the same idea as the Neo—not a whole new gen, but simply a step up.