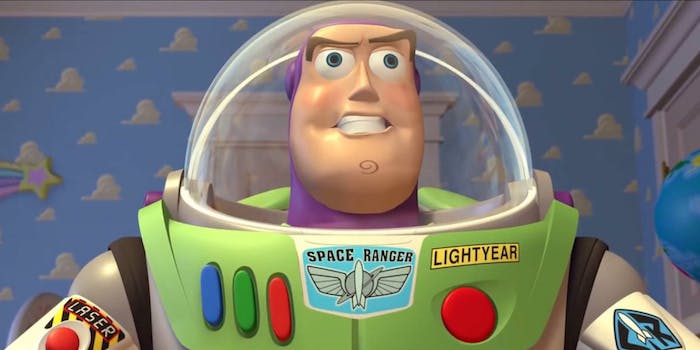 Pixar says it's done with sequels. For now.

Eleven months ago, Disney shared its next slate of Pixar movies, and of the six films that were announced, four were sequels, including the recently released Finding Dory. With Cars 3 (2017), Toy Story 4 (2018), and The Incredibles 2 (2019) already in the pipeline, Pixar is now rethinking the theory that every single movie should have at least one sequel.

“Everything after Toy Story and The Incredibles is an original right now,” Jim Morris, Pixar’s president, told Entertainment Weekly.

Which means that those of you who so badly want a sequel to Inside Out or Wall-E or Up will have to wait a while. And all the characters in those films, despite all their critical and financial successes, might never be seen on the large screen again.

Worth considering is the fact that it took 13 years for the Finding Nemo sequal Finding Dory to hit theaters. It will have been 15 years between The Incredibles movies once The Incredibles 2 comes out in 2019. Even if those adolescents who fell in love with Wall-E in 2008 are hungering for a sequel, they could be well into their 20s before the next version is released. Or they might have to wait forever.

“Pete Docter [who directed Inside Out] has an original idea for his next film. Brad Bird, being the director of Ratatouille, is working on The Incredibles and we haven’t really spoken about [a sequel to] that. And WALL-E is close to my heart since I produced it,” Morris said. “It would be good to [go] back and visit that world and let everybody know that the humans actually survived again after getting back to their burnt-out planet. But that was really a love story that had its beginning, middle, and end, so we’re not really planning any further stories in those worlds at this point.”

That said, it’s not as if Pixar will never produce another sequel again. Morris said the original plan had been for the studio to make an original film every year and a sequel every other year, and “if we add the next films after the current ones, it actually comes out to exactly that: seven sequels in a spate of 21 originals, from the time we were acquired by Disney [in 2006].  So it’s penciled out to be the same portfolio, just not in the order we thought they would be.”

Once the one-sequel-per-year cycle is finished after 2019, perhaps Pixar will return to that once-every-other-year schedule they’d envisioned. Or not.

“Most studios jump on doing a sequel as soon as they have a successful film,” Morris said, “but our business model is a filmmaker model, and we don’t make a sequel unless the director of the original film has an idea that they like and are willing to go forward on.”