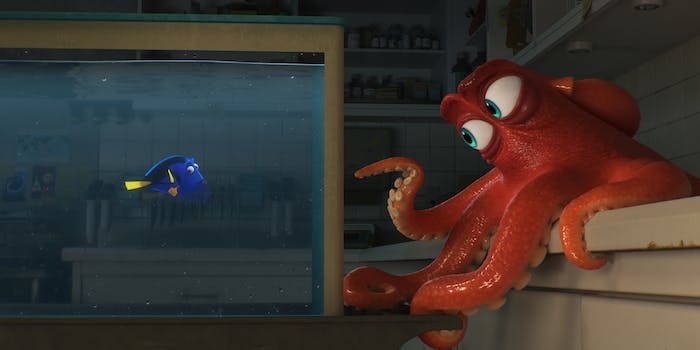 Pixar is doubling down on sequels with its latest lineup

Pixar will have four sequels coming out in the next few years, but are they worth making?

Disney shared details on the next slate of Pixar films coming out to a roaring crowd at the D23 Expo over the weekend, demonstrating that like sister production company Marvel Studios the major focus is on expanding already-established worlds.

Out of the six films announced on the Pixar slot, only four of them have any sort of release date.  The Good Dinosaur will come out this Thanksgiving (making it the second Pixar film to debut this year along with Inside Out), Finding Dory will be released in summer 2016, Toy Story 4 will debut in summer 2017, and Coco—a film about the Day of the Dead—will come out fall 2017.

Cars 3 and The Incredibles 2 are also officially in the works, but their posters only say “Coming Soon.”

Excited to lift the curtain a bit on what we’ve been working on so hard. #Coco #D23EXPO pic.twitter.com/bDGFzZo0WC

Out of the six films announced during the panel, two of them are original concepts while the other four are sequels of some sort. Both Finding Dory and The Incredibles 2 are more than a decade in the making while the last Cars and Toy Story movies have appeared in theaters much more recently.

“At Pixar and Disney we only do a sequel if we have come up with something that’s as good or better than the original,” Disney’s chief creative officer John Lasseter said. “That’s our rule.”

Combine it with the ever-expanding Marvel Cinematic Universe and a Frozen sequel on the Disney side announced back in March, Disney is officially in the sequel business. Logistically, it makes sense. It’s easier to bring back established characters than to risk creating new ones—although people have proven that they’ll see pretty much anything from Walt Disney Pictures, Marvel, and Pixar.

For example, while Ant-Man was criticized for not making Hope Van Dyne the star of the film, people could get behind a sequel if more of the movie focused on her character and the new Wasp costume. On the other hand, the fifth Pirates of the Caribbean film is being viewed as merely a cash grab.

But audiences also tend to have a bullshit detector for whether a new movie is truly introducing a new dynamic or is just trying to sell them something. Coincidentally (or maybe not so), many of the franchises that are getting sequels are ripe for merchandise.

With Finding Dory, it’s a flip on the script. Instead of Nemo getting lost again or Marlon being the focus again, it’s fan-favorite Dory, a character we actually know very little about, trying to find her family in California.

The Incredibles 2, Pixar’s superhero movie, could explore a world that no longer has superheroes in hiding. The original is at (or near) the top of most critics’ Pixar lists, so there are high expectations.

The real grumbling about the company’s sequels may lie in Toy Story 4 and Cars 3.

Cars has never been one of Pixar’s most popular works, both critically and at the box office; the sequel, carried almost entirely by Larry the Cable Guy, even less so. So far we’ve only gotten the poster so we can’t speak to what Lightning McQueen and Mater will be doing this time around—but regardless of how well it does opening weekend the toy aisle is sure to be packed with merchandise.

Toy Story 3 ends with Woody, Buzz, Jessie, and the rest of Andy’s toys moving into a new home, offering closure for the moviegoers while leaving the door open for animated shorts with the characters. But the creative minds behind Toy Story 4 teased the new film, stating that it would be a love story with Woody and Bo Peep.

#ToyStory4 is a love story between Woody and Bo Peep. #D23EXPO

Bo Peep is noticeably missing from Toy Story 3, with a book on the movie suggesting she was sold at a yard sale. The story will have to explain what happened to her and perhaps have the characters embark on a quest to find her again. It could be as compelling as Lasseter says, but many Toy Story fans already got closure they wanted from the serious. A fourth Toy Story movie could ruin that.

While Toy Story 4 will make hundreds of millions at the box office with parents, children, and young adults who grew up with the characters, will they feel that’s it’s a story worth telling?