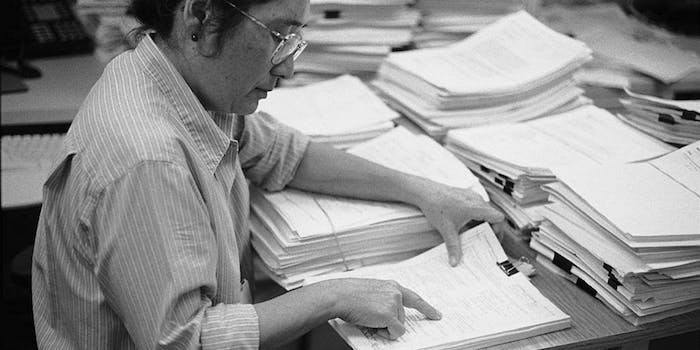 This is truly how science works.

Research science has been under fire for quite some time. Between fake peer reviews, pay-to-publish journals and p-hacking, it’s clear that science has some cleaning up to do.

This week marks the first Peer Review Week started by a group of publishing companies and concerned scientists. Because it’s the first year, the celebration will be “informal,” according to a blog post about the holiday. But keep your eyes peeled on Twitter for the hashtag, #peerrevwk15 for articles and blogs about the nature of peer review and how it can be improved.

Many researchers have a love-hate relationship with the peer review process. To recap: Generally when researchers look to publish their work, they submit a written report of their results to a journal. The journal, if it think wants to publish the article, then sends it out to a group of anonymous peer reviewers. These people generally work in the same field and therefore have the expertise to rigorously review the work for its methodology and legitimacy.

Unfortunately, peer review is broken. Sometimes peer reviewers can let biases like sexism cloud their judgement of a researcher’s work. Other times, peer reviews are totally fake or not rigorous enough.

But scientists want to reform the process by doing what they do best: science. The recently launched the totally open-access journal, Research Integrity and Peer Review publishes peer-reviewed studies of the research process.

“By launching this journal, we aim to stimulate interdisciplinary discussion and ensure research findings are available to those who might benefit from them,” Liz Wager, editor-in-chief of the journal wrote in a blog post. “We recognize the potential irony (and expected scrutiny) in the idea of a peer-reviewed journal about peer review and research reporting but, for all its flaws, the current system seems the best place to start.”

The wonderful thing about science is that it’s self-checking and mutable. When scientists are presented with overwhelming evidence that something isn’t quite right, or could be improved, they go about systematically improving it. Usually it’s a hypothesis that doesn’t quite fit the data that is subject to improvement over time. This time, it’s the process of research itself.