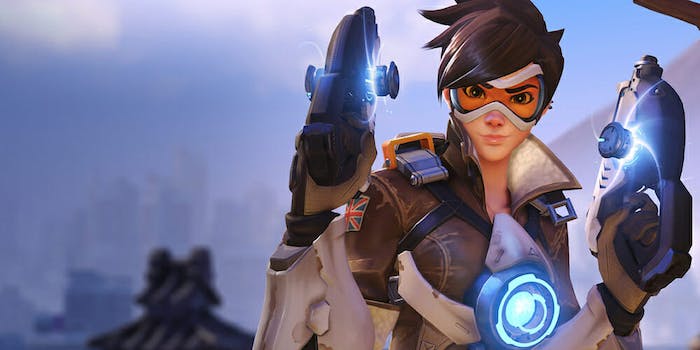 You've now got a little more control over who you play with.

Fans of the hit competitive shooter video game Overwatch are getting a new tool to help weed out toxic players. It’s called “Avoid as Teammate,” and it’ll let players select a problematic, abusive, or sabotaging comrade and instruct the game to keep them off the player’s team in the future.

There are some restrictions on the new feature, though. If a player is teamed with a verbally abusive teammate or someone who’s trying to throw the game to the other team, they can now select them to “Avoid as Teammate.” The decision to deliberately avoid being paired on a team with another user will only last one week, however. After the week is up, the avoid request would have to be re-upped for it to continue. Each player also only gets to pick two potential teammates they want to avoid at any one time, ostensibly to prevent the system from being abused in a way that would break the game’s matchmaking system.

Overwatch’s director, Jeff Kaplan, announced the new feature in an update video released on Saturday. Notably, the feature does not prevent a selected player from appearing on an opposing team, but rather, only on one’s own team.

According to a forum post by Overwatch developer Scott Mercer on Saturday, the new feature isn’t necessarily only for teammates wo behave badly―it can also be used in the event of a clashing playstyle or overall poor performance. That’s why Mercer says it shouldn’t be viewed as an alternative to actually reporting abusive players, which is an important aspect of how Blizzard tries to reduce toxicity in the community.

“The use of Avoid as Teammates does NOT take the place of reporting someone for things like Abusive Chat, Inactivity, or Gameplay Sabotage,” Mercer wrote. “If you ever encounter a player being toxic, please take the time to report them for that behavior. It truly helps us make playing Overwatch a more positive experience.”