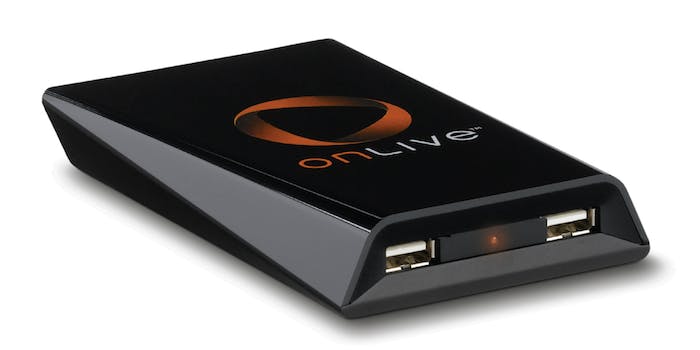 Video-game streaming service OnLive will close on April 30 after the company was acquired by Sony primarily for 140 patents presumably connected to game-streaming technology.

OnLive will cease charging subscription fees as of Friday, and existing customers will have uninterrupted access to the streaming service until it shuts down. All OnLive hardware purchases on or after Feb. 1 are eligible for refunds. Games purchased on Steam through OnLive will continue to be available to customers even after the service closes.

OnLive launched in March 2010 as one of the first companies to offer cloud gaming services—that is, running games on a server and allowing users to pick and choose from a library of games to play remotely.

Cloud gaming encountered skepticism from gamers as soon as the technology entered the marketplace. Among players’ main concerns were lag and quality loss. Competitive gamers in particular have little tolerance for even fractions of a second of lag. Quality concerns, from dropped frames to decreased screen resolution, plagued single-player and multiplayer games.

Sony will likely apply OnLive’s patents as it continues to improve the PlayStation streaming initiative. The details of the deal between Sony and OnLive have not been disclosed.