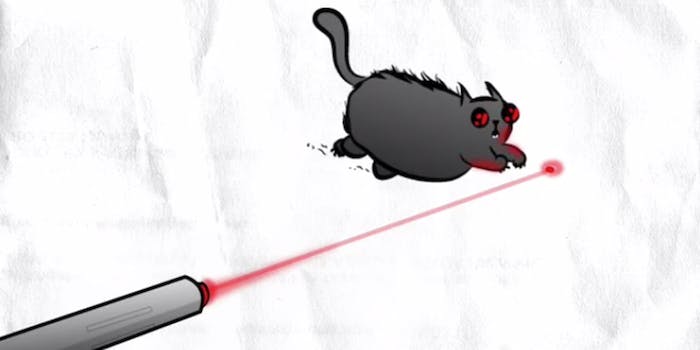 The Oatmeal is breaking the Internet with his Exploding Kittens game

This Kickstarter campaign is, well, exploding.

Lovable comic creator The Oatmeal is branching out into card games, and it’s breaking the Internet.

Today it was announced by Oatmeal creator Matthew Inman, who is really good at crowdfunding, that a Kickstarter has been launched for a game called Exploding Kittens. And in less than 15 minutes, the goal of $10,000 was reached. In fact it’s collected more than $500,000 as of publication time, but that number is compounding by the second.

The game, co-created with Elan Lee and Shane Small, is “a highly strategic kitty-powered version of Russian Roulette.” According to the Kickstarter description:

Players take turns drawing cards until someone draws an exploding kitten and loses the game. The deck is made up of cards that let you avoid exploding by peeking at cards before you draw, forcing your opponent to draw multiple cards, or shuffling the deck.
The game gets more and more intense with each card you draw because fewer cards left in the deck means a greater chance of drawing the kitten and exploding in a fiery ball of feline hyperbole.

Here are just a few of the cards. 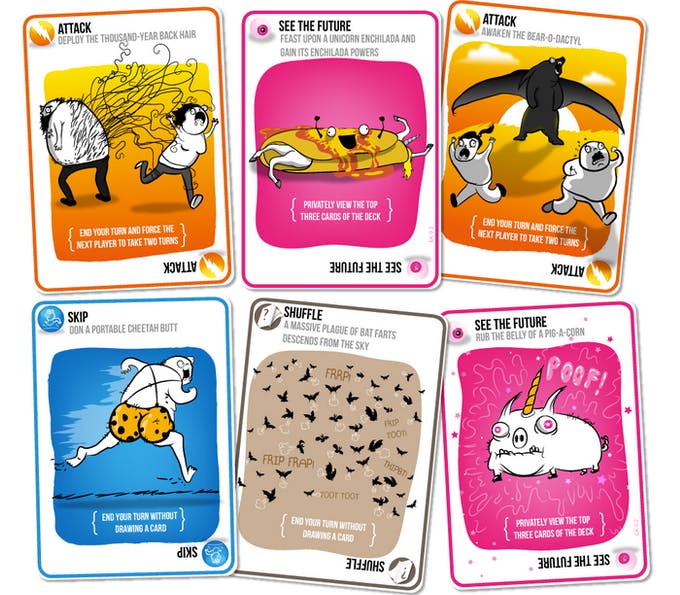 Of course you need this game.