‘Nope’ is a graphic novel that turns anime tropes upside down

Anime fans know one thing for sure: If a girl has pink hair, she has no say over her future. That’s because she’s bound to become the main character in an anime that will involve her becoming a magical girl, finding out she’s actually the only person that can pilot an ancient mech that’s buried at the bottom of the ocean, or more likely, both.

Artist Secondlina clearly gets the tropes. Her graphic novel project Nope: The Anime is about a pink-haired girl that’s all too aware that her life is already planned out, and decides to thwart it at every turn. 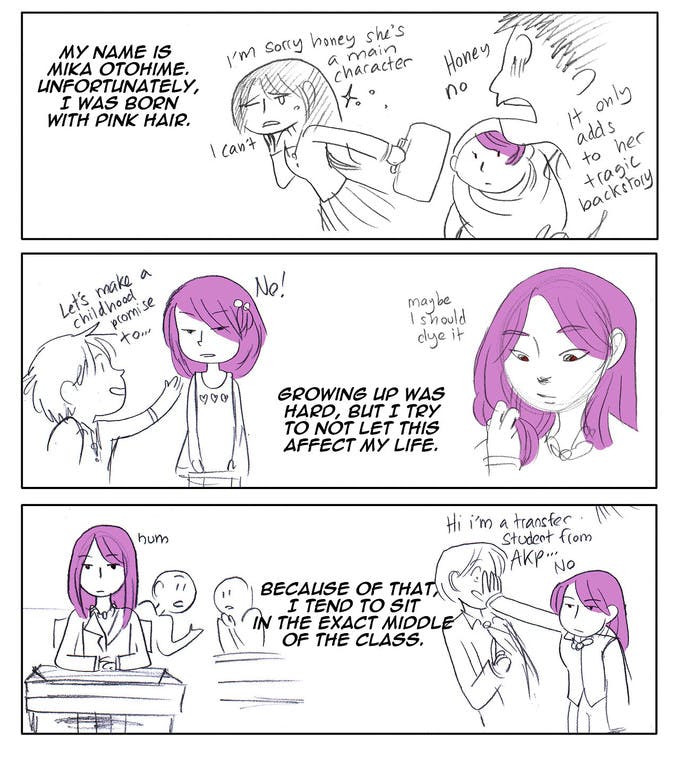 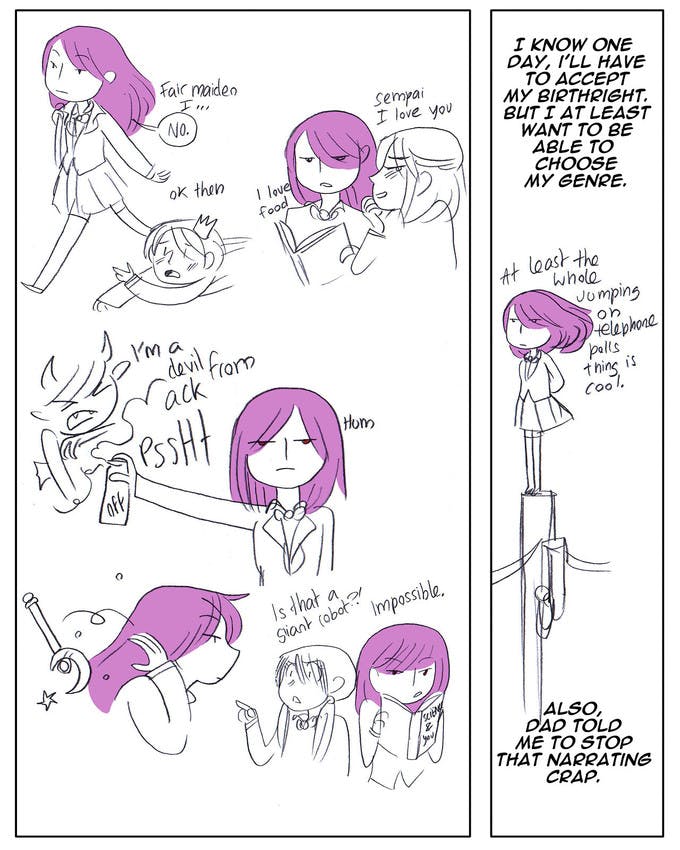 You love her already, don’t you? By the way, her name is Mika Otohime. In her world, every character has a symbol on their inner wrist that dictates the role they play in Nope. While most abide by the symbol, Mika chooses to fight hers, often with comic results.

Isabelle Melancon, the Ottawa, Canada-based artist behind Secondlina, posted on her Tumblr in late 2015 that she was working with Muun, the writer behind Sfeer Theory, to bring Nope to life. Sadly, after that her updates went quiet. In an interview with the Daily Dot, Melancon said that for now the project is unfortunately on hold.

“The scenario is fully written by Muun, and the character designs are done! Sadly, my day job and current comic have consumed most of my free time, so that project is on pause for now,” she said.

Breaks your heart, doesn’t it? Still, if you’re dying to see it come to life it can’t help to let her know from time to time. Let’s hope that Mika Otohime is just a few steps away from becoming reality (and spending her opening theme running away from her own destiny).