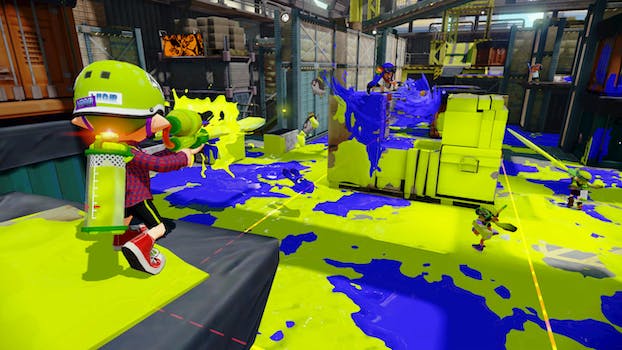 Get in on a test run of a multiplayer shooter, Nintendo-style.

Nintendo is holding three one-hour sessions this weekend for Wii U owners to try its upcoming shooter Splatoon for free, the company announced in an email.

The Splatoon Global Testfire, currently available for download on the Nintendo eShop, will allow players to sample Splatoon’s Turf War mode on Friday from 8-9pm PT and on Saturday from 4-5am PT and 12-1pm PT.

Splatoon is a third-person shooter designed to support online play in which players compete to control maps. You claim territory by spraying it down with ink. Players can “swim” through the pools of ink they lay down, allowing them to quickly reposition themselves.

Nintendo has also been comparatively slow to embrace online gaming in general. For all these reasons, Splatoon represents a refreshing change of pace for Nintendo.

Splatoon will be released for the Wii U on May 29.