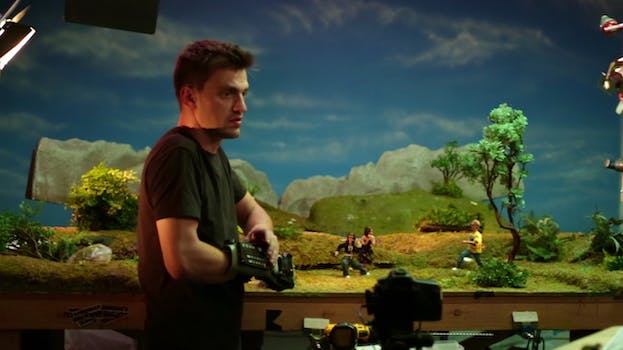 It was Nintendo's laughingstock. Now it's an animator's dream tool.

The Nintendo Entertainment System‘s Power Glove is an odd duck in the gaming world that was never very good for playing video games. It is also an excellent tool for professional animators.

Dillon Markey is a stop-motion animator who does work for Robot Chicken, among other clients. In his job, he animates objects by moving them slightly in-between each frame to produce the effect of movement. (It’s how those massive AT-ATs walked in The Empire Strikes Back.) Markey has connected a Power Glove to his computer over Bluetooth to control his animation software, and he’s found that it shaves time off of the extremely labor-intensive nature of his work.

Aiding in stop-motion animation is a far cry from what the Power Glove was designed to do. The device was released in 1989 as a third-party peripheral for the NES; it was meant to introduce motion controls to the system. Instead, the Power Glove is mostly remembered today for its goofy aesthetic and its cringe-worthy commercials.

A new documentary by Ava Benjamin details the origin of Markey’s device and explains how much it has come to mean to him professionally. The very first scene he animated with the Power Glove coincidentally involved Nintendo pioneer Shigeru Miyamoto, creator of Super Mario Bros. and The Legend of Zelda.

It’s ironic that the same goofy aesthetic that elicits derision from some modern-day gamers is precisely the aesthetic that led Markey to adopt the Power Glove as a time-saving device.