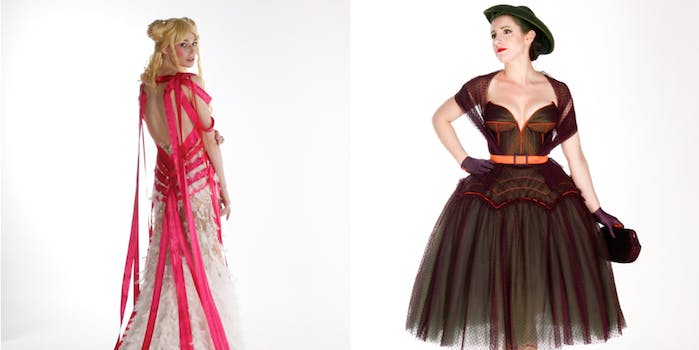 Meet the rising stars of the geek fashion industry

The annual Her Universe show at San Diego Comic-Con has rapidly become a milestone opportunity for designers trying to make their mark on geek fashion.

Last year, designers Amy Beth Christenson and Andrew MacLaine won the first runway competition with their Back to the Future and Once Upon a Time designs, earning the opportunity to create a stunning Avengers collection for Hot Topic that was released this spring.

Last month, it was time for round two of the competition, as 25 designers competed once again in a show that featured couture designs from a variety of fandoms including Bob’s Burgers and Assassin’s Creed.

Now the Judges’ Choice and Audience Choice award winners chosen at the show will be following in Christenson and MacLaine’s footsteps. Meet the two new designers working on creating the next must-have geek fashion collection. 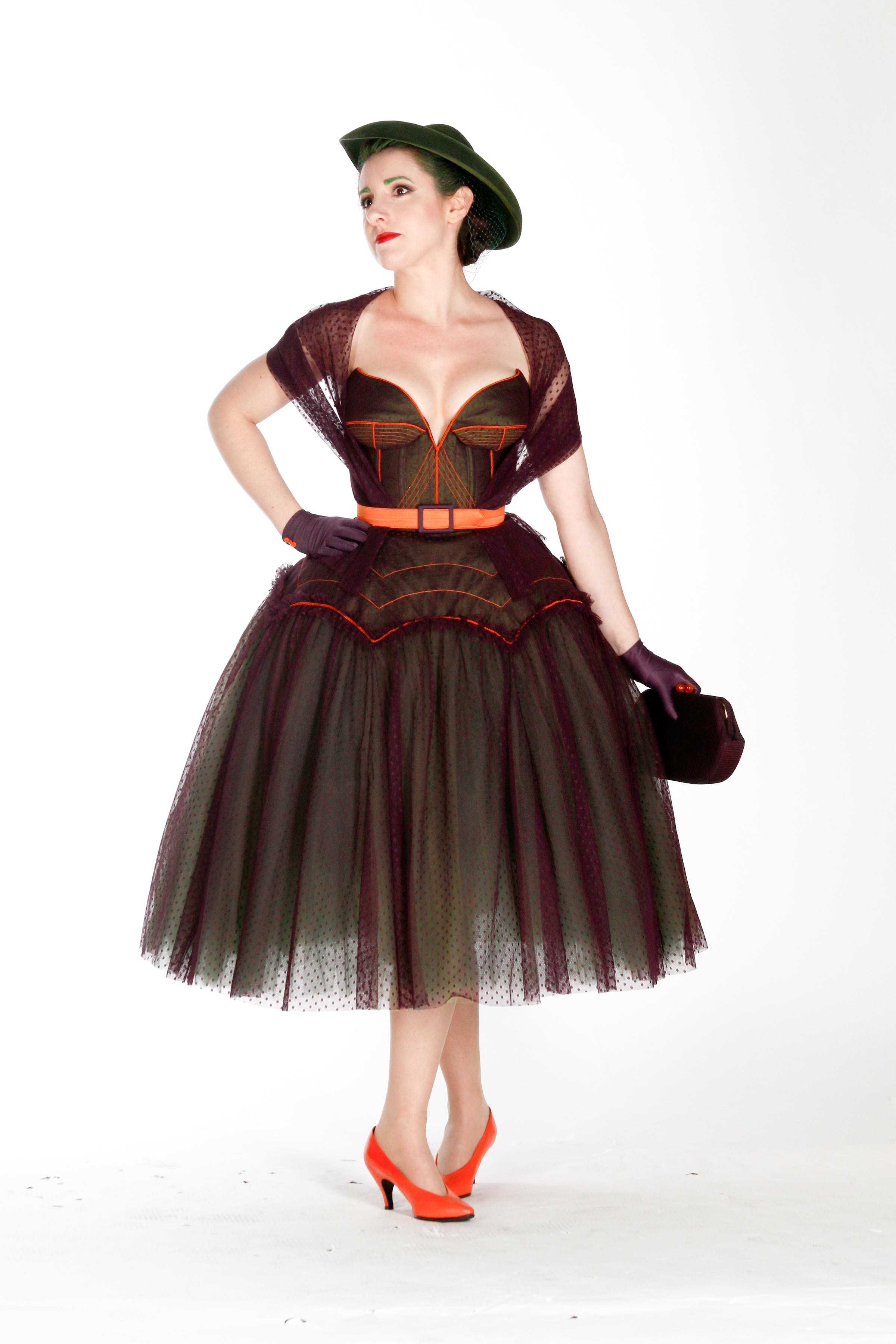 When she’s not designing costumes or bespoke burlesque attire, Cercone creates fashion inspired by comic book characters and other iconic geek symbols. Although Cercone attended fashion school, she quickly realized she wanted to do costumes instead; but even after leaving the industry, her love of fashion remained.

“When I heard about the Her Universe show, it seemed like a really awesome opportunity to get back into fashion in a way that I love because I’m also a huge geek,” Cercone told the Daily Dot.

“That’s actually what kind of drew me out of fashion design in the first place… when I was in school I was always told my designs were too nerdy or too costume-y and I needed to tone it down.”

While designers applying to the competition had the opportunity to submit three designs for consideration, Cercone only sent in one. Knowing she really wanted to create a look inspired by DC Comics’ Joker, she only sent in that single sketch. The sketch, titled “Joker’s New Look,” was accepted to the show. The design was inspired by Joker’s dapper look, which Cercone said she’s always loved.

“He’s almost always wearing a suit or just very expensive-looking clothing, and I’ve always been very inspired by vintage fashion,” she explained. “I remember reading an article about the costumes from Mad Men and how at odds how put together and fashionable everyone looked with sort of what lies beneath. A lot of them are very horrible people, or at least not very happy, good people, but the way that they dress is so at odds with that and that just sort of coalesced in my brain while I was sketching and the Joker look was what I ended up with.”

The same day Cercone found out her design was accepted, she was also faced with her biggest challenge: She found out she’d be going to New Orleans to work on a TV show for two months.

“When I was in school I was always told my designs were too nerdy or too costume-y and I needed to tone it down.”

“I went fabric shopping immediately and put everything in a box and then shipped it to myself to New Orleans, so I made almost the entire outfit in a hotel in New Orleans, which was interesting,” she said.

She also faced some technical hurdles while working on the bullet-bra-style corset of her outfit. While she had made cupped corsets before, she wanted to challenge herself by making one with a V underwire, which led to a lot of mockups and figuring out aspects like where to put the bowing. 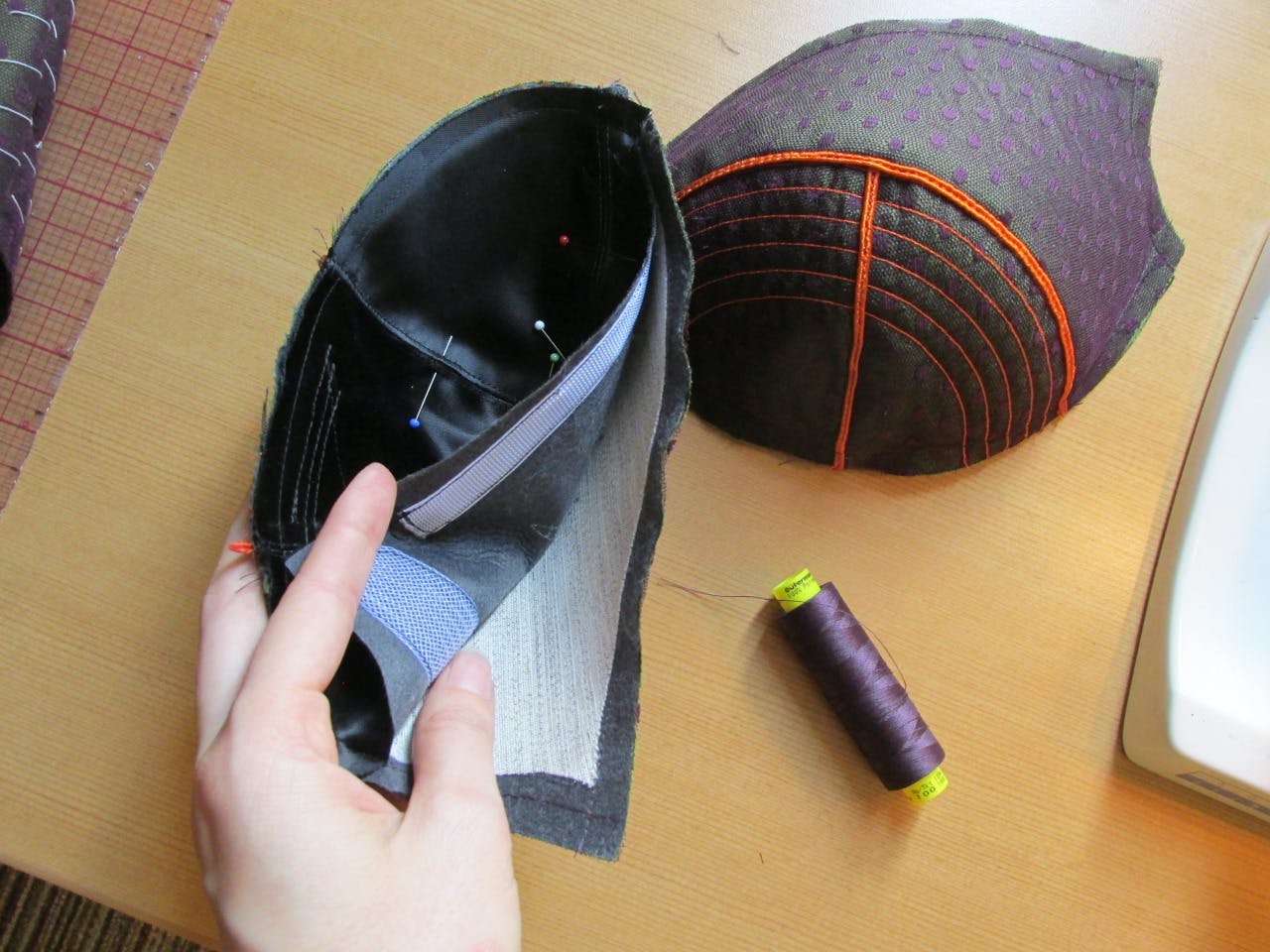 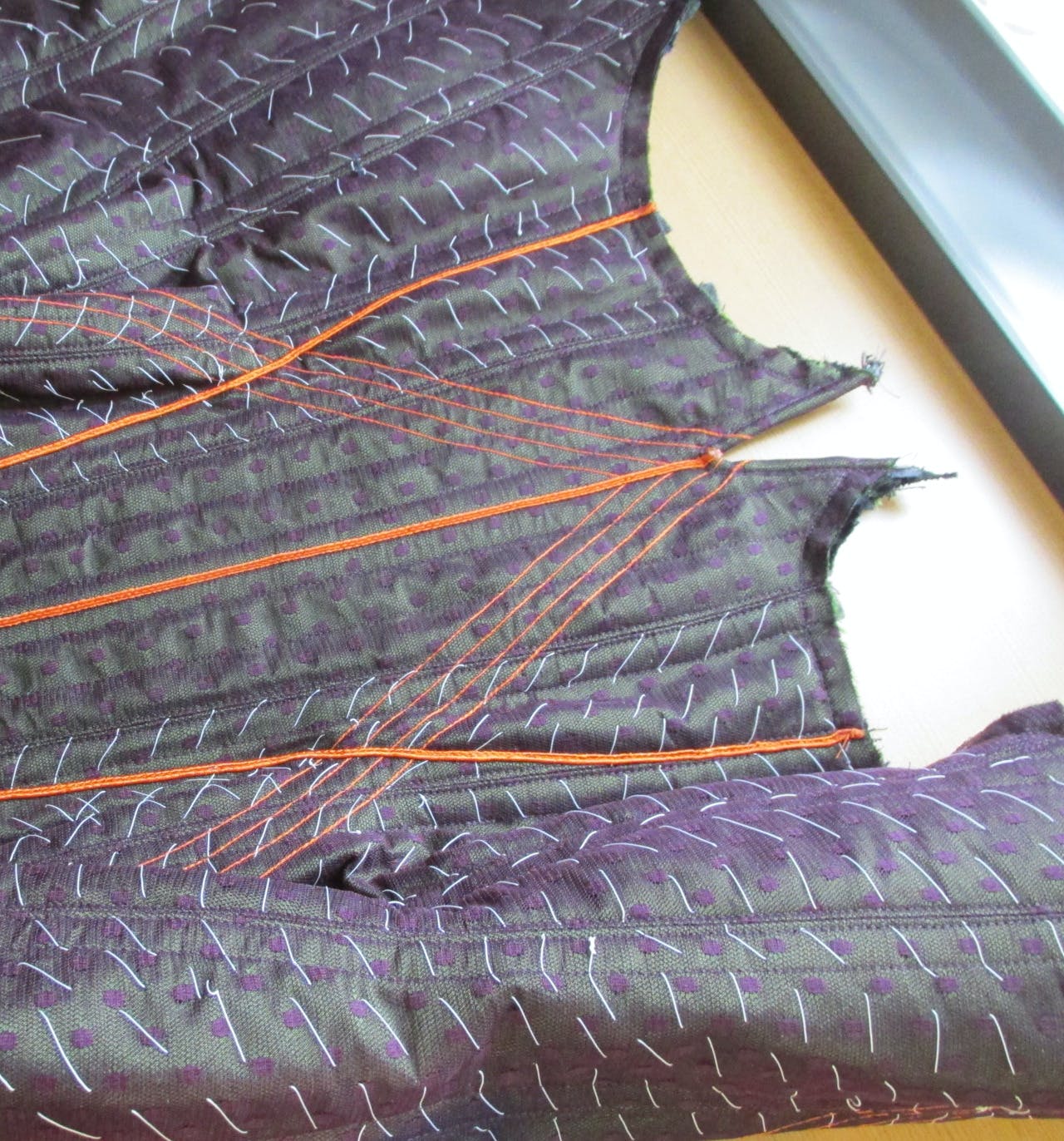 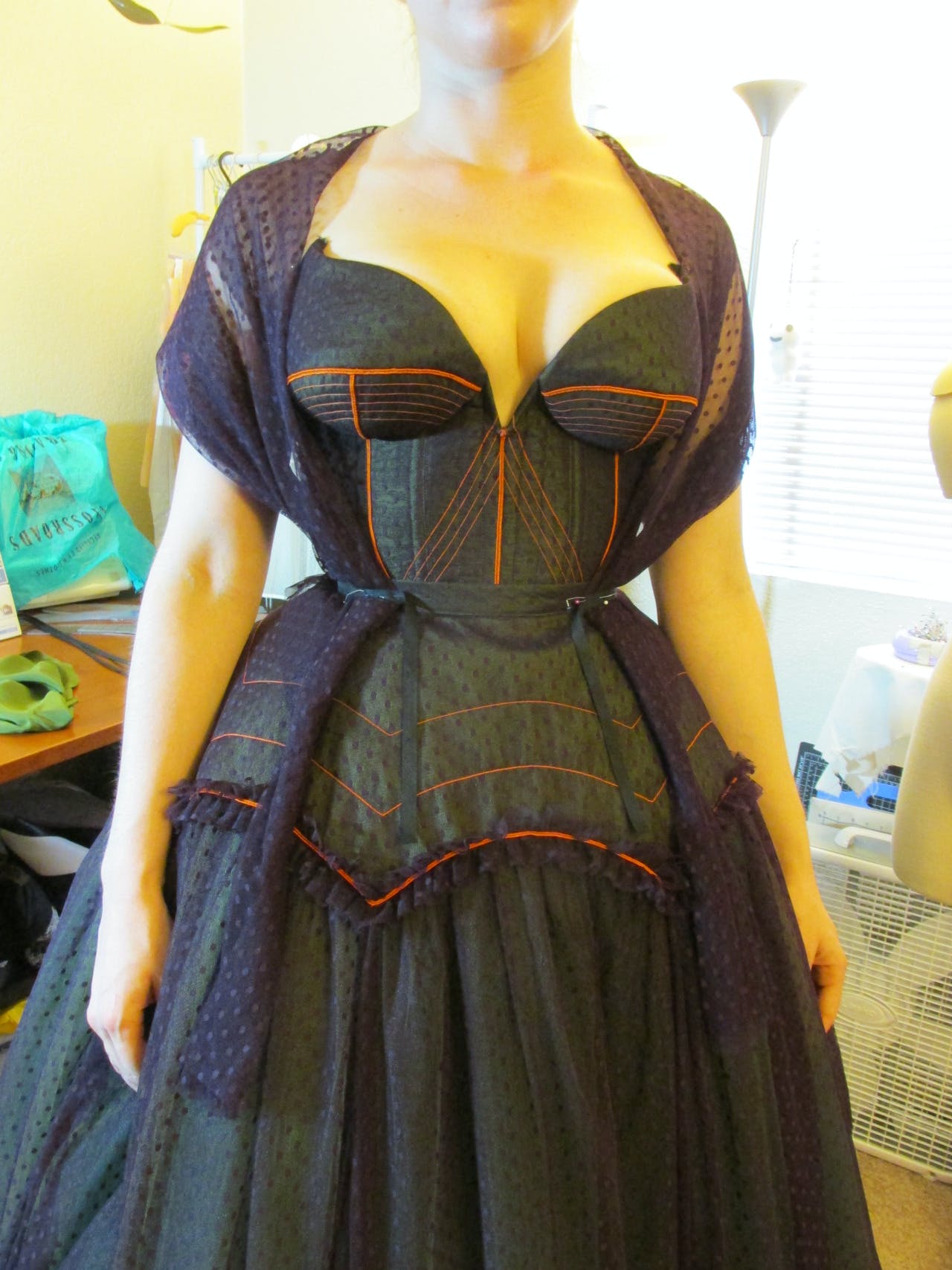 Drawing on past experience as a tutu maker, she built the inside of the skirt in the style of a romantic tutu. That basic petticoat is one of three principal pieces that make up the skirt. Cercone documented her process making the outfit and has shared it on her Tumblr, Anachronism in Action. 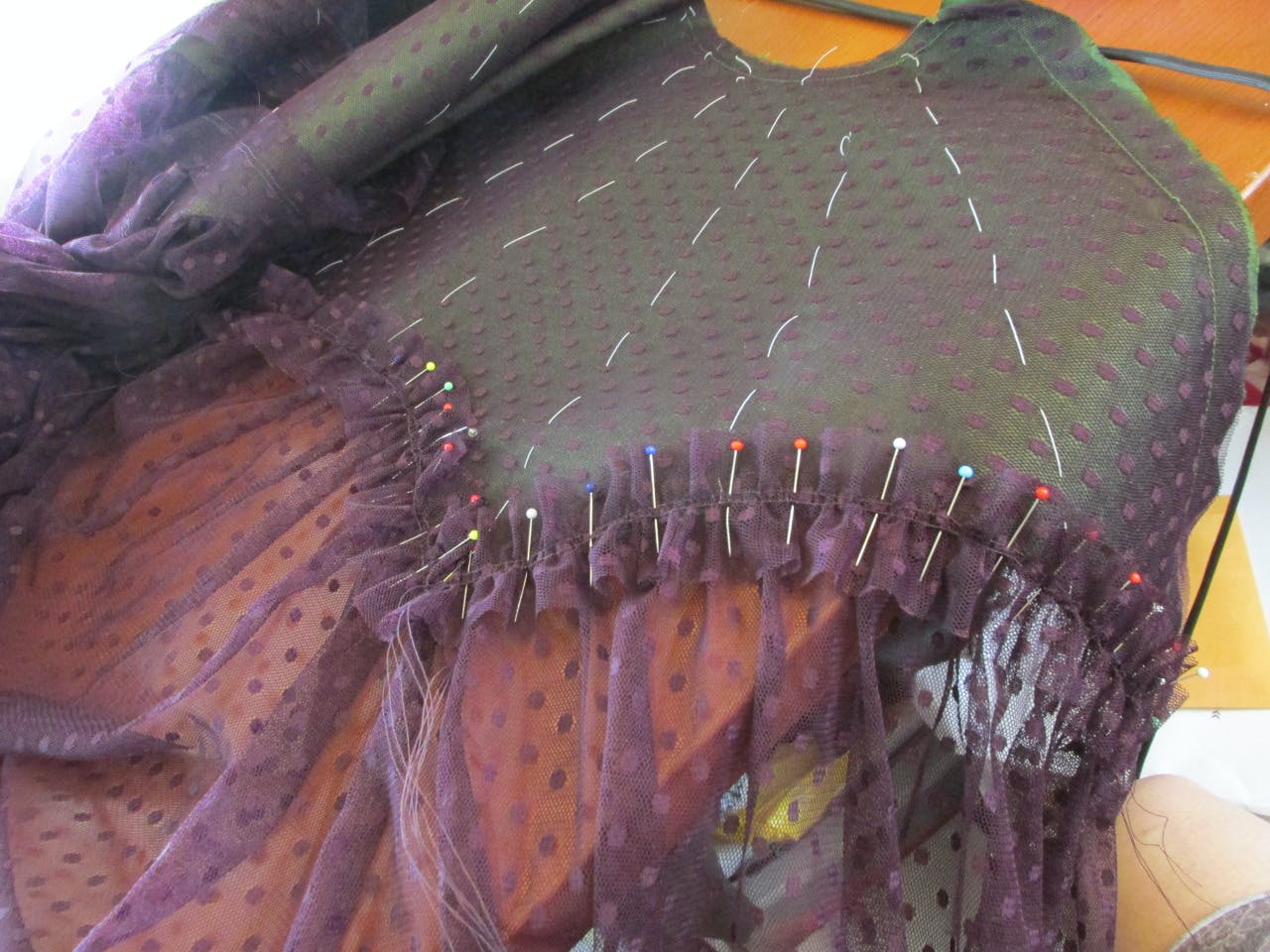 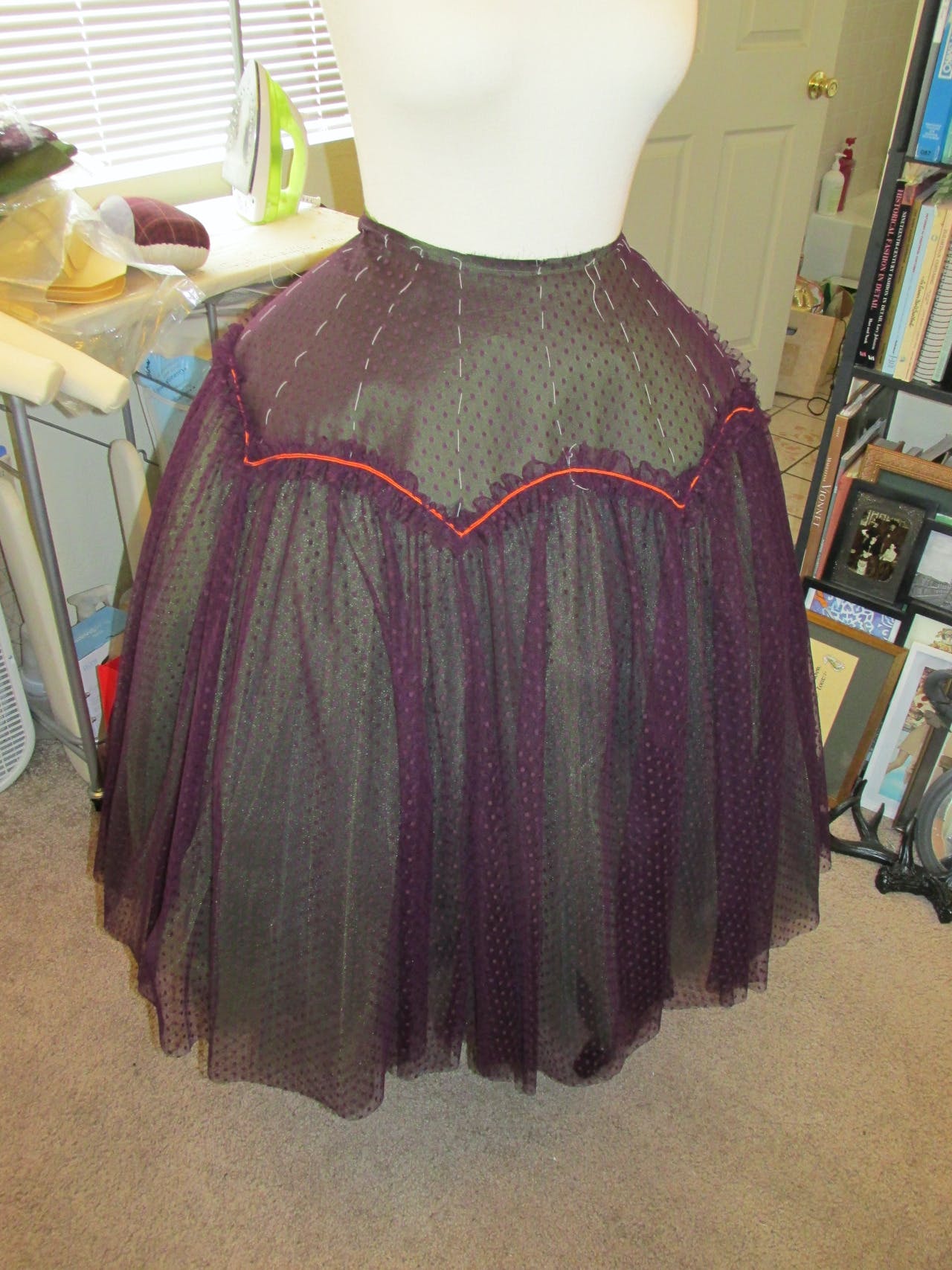 At the show, Cercone modeled her look on the runway. She said the new experience was great, exciting, and slightly terrifying.

“I totally just started giggling on stage. I hope it came off as being character appropriate. I guess I was really excited by the reaction that I got when I walked out and then could not contain my excitement,” she said.

The Judges’ Award was the first announced and Cercone said when she heard she won, it felt amazing.

“Winning the audience award would have also been really awesome, but I go into working with Hot Topic and with Her Universe knowing that they personally want me to be there,” she said. 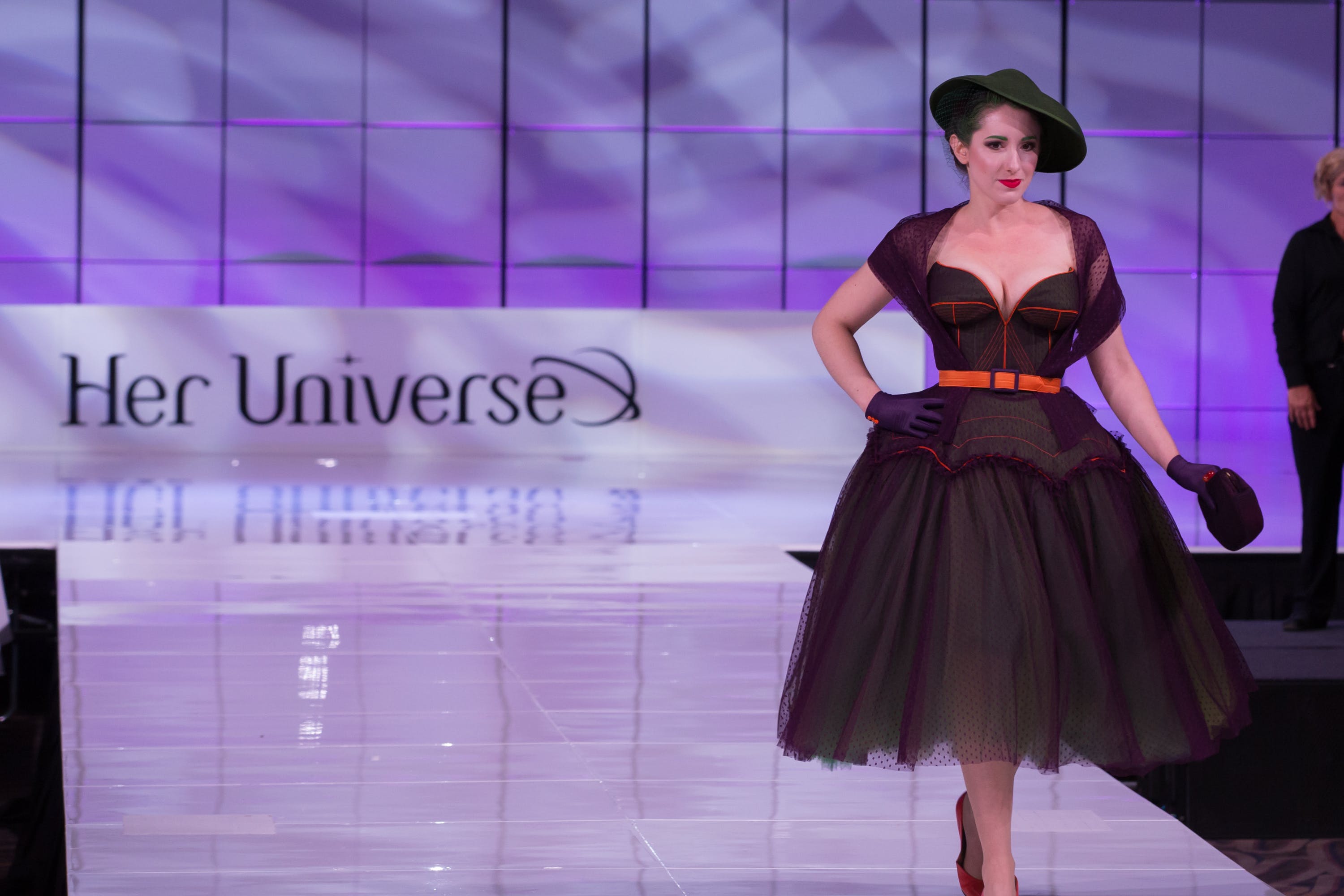 Cercone is trying to go into the process without many expectations, since she hasn’t worked professionally in fashion since school. However, she told us she’s looking forward to being around creative, geeky people who see this as their profession, and joked that when the collection is done, she’d love one of everything!

“When the whole thing is done I really hope to be able to go on Tumblr or Facebook or to a convention and see people wearing the clothes that I helped design,” she said. 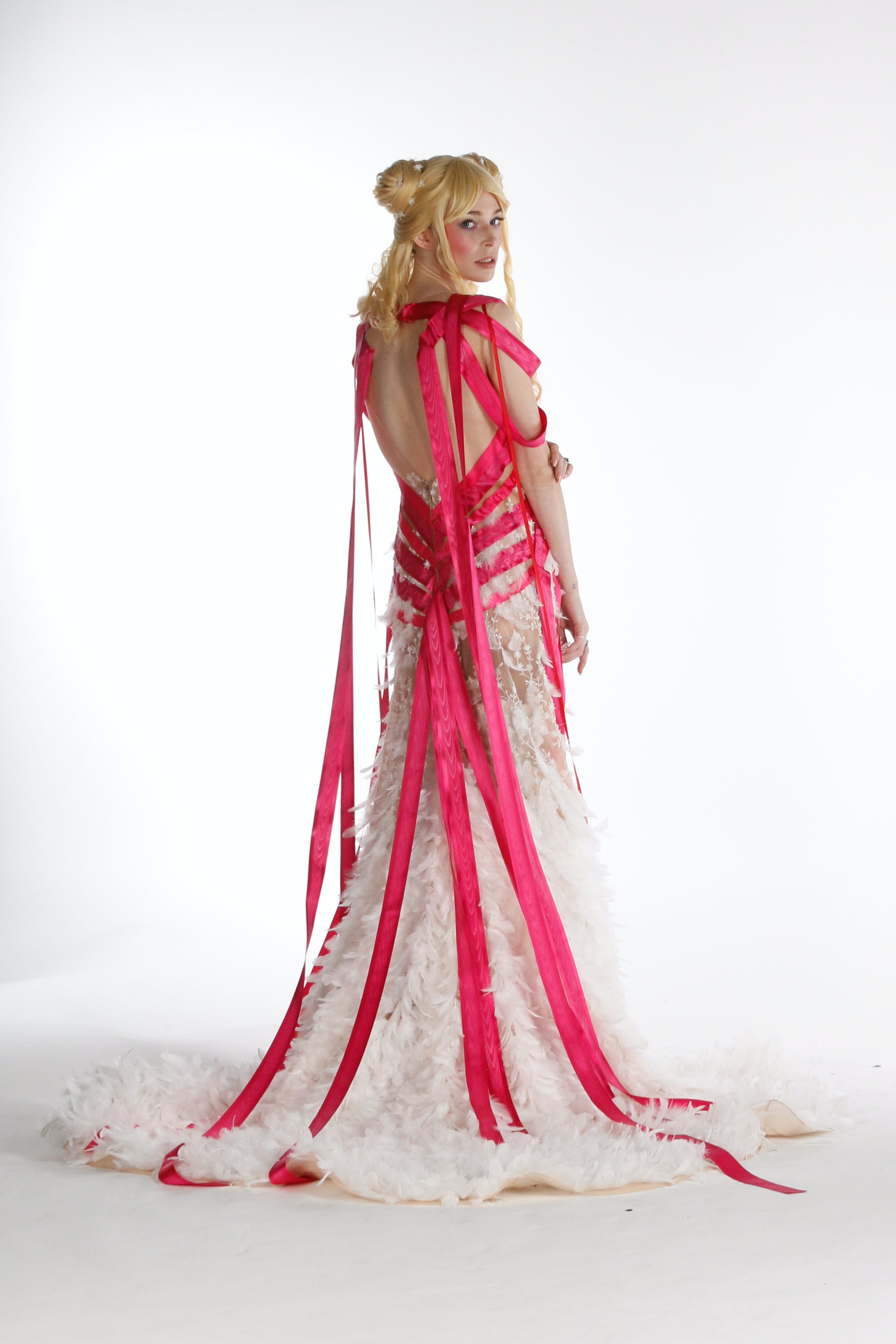 Last year, Platt spoke to the Daily Dot about her company, Cozday Clothing, and the beautiful Doctor Who Dalek wedding dress design that turned heads on the SDCC 2014 runway. She had such a good experience at last year’s show that she decided to submit designs again this year.

The three ideas she submitted were inspired by Attack on Titan, Avatar: The Last Airbender, and Sailor Moon. The Sailor Moon design titled “Usagi’s Transformation” was the one chosen for the show. Platt said the idea was one of the first she sketched, coming naturally and easily to her.

“When I first heard that that was the one they were picking, I do admit that I was a little bit worried, because it was my most complicated design, the one I knew would take the longest, and the one that had the transformation element so the most where things could go wrong. So it was definitely a challenge,” she told the Daily Dot.

The design starts off looking like Usagi’s schoolgirl uniform before transforming into a beautiful Sailor Moon gown. After seeing MacLaine’s transforming Once Upon a Time gown last year, Platt said she was interested in seeing what the pickings would be like this year. She was concerned about what she calls the “Andrew MacLaine effect”—that his gown’s performance might make everyone try to have a gimmick with their design this year to stand out.

I was like, ‘wouldn’t it be funny if after going through all this stuff we ended up actually winning?’

“That’s dangerous when it comes to the mission of the show, because the show itself is supposed to be about fashion and couture, and if you look at like a Paris runway you don’t have ridiculous transformations and things and lights and things going on. The Her Universe show really straddles that line between costume and fashion, and it’s really up to whoever’s selecting from the pool of applicants to curate a show that borders those lines,” she said.

As a result, she was worried about submitting her look, since she likes to make garments that can be worn repeatedly by women, either during the day or for formal events. She didn’t want the transformation to take up the concept of the dress.

“I tried to bridge that by very explicitly making sure that it was two looks in one. The first look and the last look had to both speak on their own exceptionally, and you should be able to walk off the runway in either look,” Platt said. “That was really important to me, and I think it also added to the transformation because it made it not just about the change. The change was almost like a cherry on top of two separate awesome outfits, and that’s how I kind of bridged the gap between fashion and costume. And I think that’s good advice for anyone in the future who does the show and tries to do some kind of show stopping effect… it isn’t theater. It is fashion. Fashion on a theatrical stage.”

Just had a design kick off meeting with our @comic_con Fashion Show winners @leetal_weapon and @anachronisminaction for their Her Universe collection @hottopic Exciting things to come!

“The geek chic thing is what I love to do and what I specialize in, so I feel confident in that, but I really hope that I can tailor it to Hot Topic customers [and] maybe bring them something that they didn’t know they wanted before—or maybe something new. I just want to make stuff that people love, I guess,” she said.