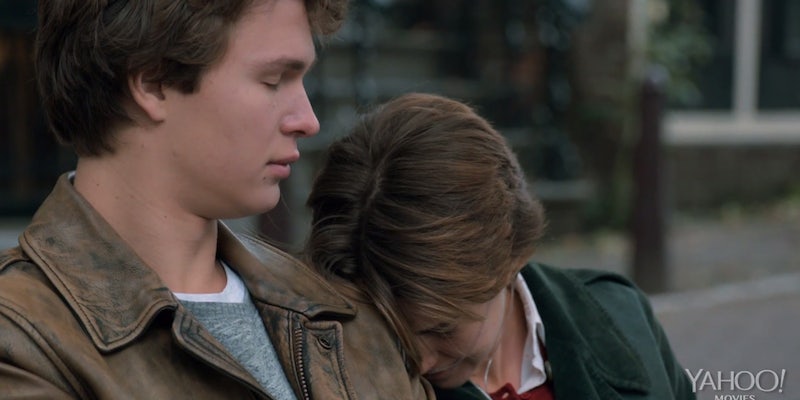 Get out your tissues: The new ‘Fault in Our Stars’ trailer is here

As we get closer to The Fault in Our Stars' June 6 release date, we're going to need a bigger box of Kleenex.

The new, expanded trailer for The Fault in Our Stars, the highly-anticipated movie based on the beloved John Green novel, is out, and it’s just as tear-jerky as you were hoping/fearing.

TFIOS is itself based on the moving life of Harry Potter fan and Nerdfighter Esther Earl, who became friends with Green through his connection to the Harry Potter convention Leaky Con. Before Esther died of cancer in 2010 at the age of 16, she inspired an entire fandom holiday in her honor. She also inspired Green to create his character Hazel, the main character of The Fault in Our Stars.

The movie’s first, shorter trailer spawned an instant Tumblr meme when it landed earlier this month. The second trailer debuted in theaters over the weekend with The Other Woman, but now that it’s arrived to the Internet, it seems to be earning fewer jokes and a lot more sniffling. And no wonder, with lines like, “I know that love is just a shout into the void, and that oblivion is inevitable, and I am in love with you.”

Wow. At the rate the trailers are making us cry, cinemas are going to need to dispense special tissue tubs to help viewers get through TFIOS without flooding the theater.