The red planet is about to get a little closer.

Humankind will be one step closer to sending people to Mars after Thursday. NASA has announced plans to launch the first test flight of its Orion spacecraft on Dec. 4, paving the way for future tests and an eventual manned mission.

“Orion is the first spacecraft built for astronauts destined for deep space since the storied Apollo missions of the 1960s and 70s,” NASA declared in a press release on Monday. “It is designed to go farther than humans have ever traveled, well beyond the moon, pushing the boundaries of spaceflight to new heights.”

According to NASA, Orion will travel approximately 3,600 miles above the Earth and orbit the planet twice. Scientists will use the resulting data to measure the effects of radiation on the craft and assess how it deals with heat upon reentry. The entire mission will take about four and a half hours.

“With lessons learned from Orion’s flight test, NASA can improve the spacecraft’s design while building the first Space Launch System rocket, a heavy booster with enough power to send the next Orion around the moon for Exploration Mission-1,” wrote NASA’s Steven Siceloff on Tuesday.

“Following that,” Siceloff said, “astronauts are gearing up to fly Orion on the second SLS rocket on a mission that will return humans to deep space for the first time in more than 40 years. These adventures will set NASA up for a future human missions [sic] to an asteroid and even on the journey to Mars.” 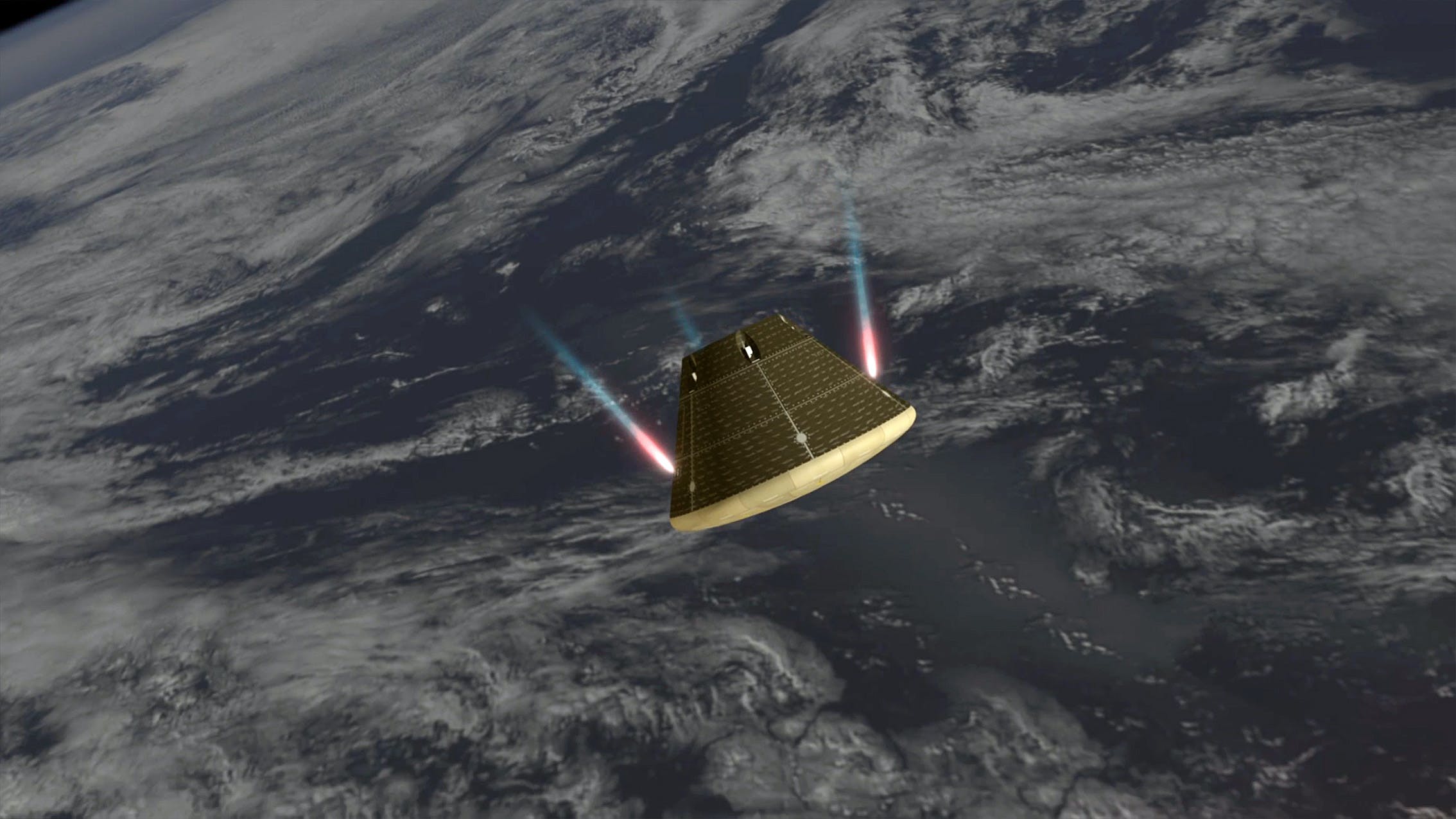 NASA has already outlined the next steps for Orion in the decades to come. The agency is aiming for the first crewed flight to take place in 2021 and for one of Orion’s first missions in the early 2020s to be sending astronauts to an asteroid for the Asteroid Redirect Mission. NASA’s goal is to have astronauts reach Mars in the 2030s.

According to meteorologists, the forecast for Thursday’s launch is looking good, with the odds of a launch at 60 percent. You can keep up with the latest news and briefings about the mission by checking NASA’s website and NASA TV.