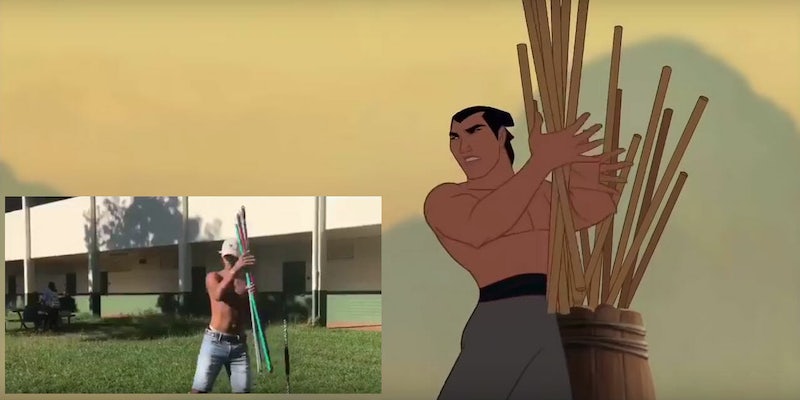 All it took was three days and a bunch of broken sticks.

Just when you thought the internet was an irredeemable hellhole, a bunch of teens have come through with a perfect reenactment of a scene from Disney’s Mulan.

According to a Twitter post, the teens from the South Pacific islands of Micronesia spent three days perfecting their class video project dubbed “Micronesian Mulan.” It’s only 38 seconds, but it’s clear how much effort the group put into framing the scenes and learning fancy stick skills.

It’s also clear that these kids are having a blast. The group picked the training montage scene from the movie that accompanies the song “I’ll Make a Man Out of You.” They may have broken some sticks and lost a volleyball during the shoot, but it was totally worth it. The viral video has already reached millions of viewers. There’s no word on whether they got an A, but the group certainly deserved it.

We’re sure Disney will give them a call about its upcoming live-action Mulan film any day now.