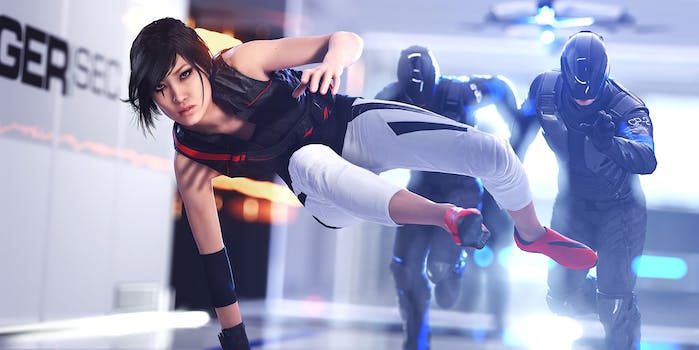 Mirror’s Edge is being adapted into a TV show

The video game community has pretty much lost all faith in the idea of a good film adaption of its favorite titles, but most of us still hold on to a glimmer of hope. Could Mirror’s Edge be the one that doesn’t disappoint us?

Deadline reports that Endemol Shine Studios will be making a TV show based on EA/DICE’s 2007 series, which is a new spin on the whole video game adaption business. There’s no word on how closely it will follow the storyline of the games; however, it does present an exciting option for those who love shows with female badasses front and center.

The announcement comes only a few days before the latest entry in the game series, Mirror’s Edge Catalyst, hits store shelves on June 7. Originally announced in 2013 at E3, the game is described as a reboot of the series that digs into the origin story of its central character, Faith Connors.

Mirror’s Edge is set in a dystopian universe where a totalitarian government called the Conglomerate rules all under a false sense of bliss, while rebel factions bubble just beneath the surface. Connors is a “Runner,” a courier that transmits crucial messages while evading the eyes of those in power.

There are a lot of video game films that don’t make sense as movies (say, Tetris), but high-action offerings like Mirror’s Edge would certainly fit the bill. As long as they don’t cast someone non-Asian to play Connors, we think this one just might be worth sitting down for.