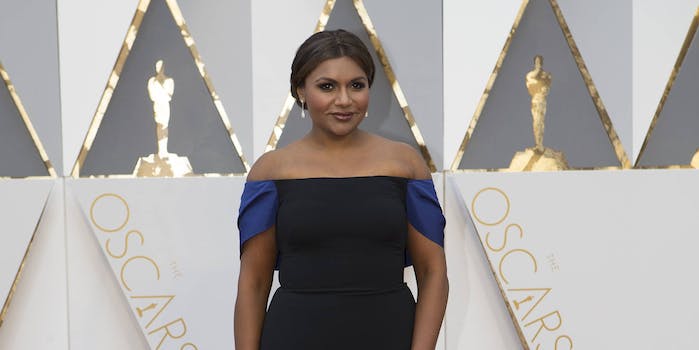 Her Cersei comparison is very fitting.

Game of Thrones is one of the most popular shows on television, so despite its growing episode (and body) count, people continue to binge-watch the entire thing. No matter how they got there, they end up just like the rest of us: with a lot of thoughts and a great need to talk about it.

Mindy Kaling is one of the latest to head down the Kingsroad and watch all six seasons of Game of Thrones, but with months until the next episode, she turned to Twitter to dish.

I'm caught up on game of thrones now, if anyone wants to engage me about it

cersei is basically Casey afflecks characters in Manchester by the sea

She hasn’t talked about any particular twists or theories (or how she reacted to some of the show’s bigger deaths), but she clearly has her favorite characters—including two who could finally meet in the final seasons.

Obvs Cersei and Daenyrs. But I love Davos, Lyanna, oberyn and anyone with greyscale https://t.co/Bd9lGpJ4zO

And Kaling already has a minor connection to the show, one that she’s pretending to exploit.

If she wants to live-tweet season 7 when it airs, we’re all for it—and she’ll be in good company.