This video is essential.

Up until recently, Genghis Khan was not a hot search term on Tumblr. You’d see a handful of historical posts, but that was basically it.

Then Miike Snow’s latest music video came along, and the tide turned from posts about Mongolian history to gifs of a queer Bond villain dance sequence.

Miike Snow’s “Genghis Khan” is a fairly basic indie-pop track about jealousy in a relationship, but its video may as well have sprung from the collective id of Tumblr slash fandom. Directed by Ninian Doff, it’s a tongue-in-cheek musical number about a melodramatic Bond villain who falls in love with his 007-esque captive.

“Genghis Khan” is already an excellent parody in its own right, mimicking set design and color schemes from vintage Bond movies. The crotch laser is obviously a callback to that iconic scene in Goldfinger, and the nameless supervillain and his prosthetic nose are totally on point.

But at some point in the past couple of weeks, this all graduated from “fun viral video” status to fanart muse. 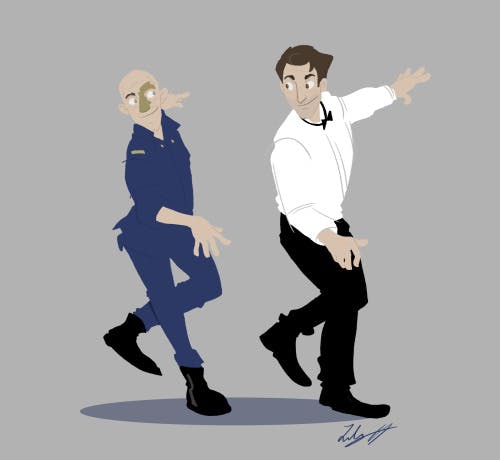 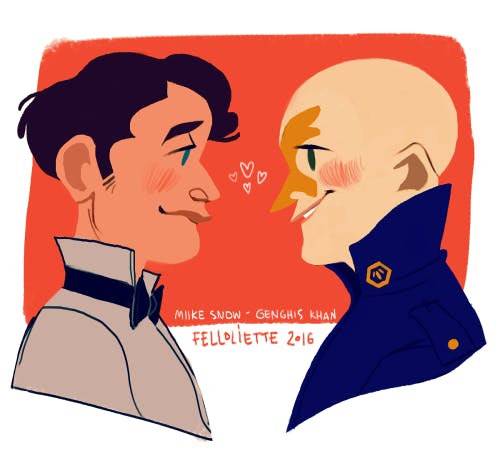 The Bond franchise revels in being so aggressively manly and heterosexual that it spills over into homoeroticism. “Genghis Khan” took that subtext and turned it into something sweeter, unintentionally aligning itself with decades of fanfic and art inspired by similar tropes. Maybe those Bond villains just want to dance, you know? Whatever the explanation, this video just spawned the first viral microfandom of 2016. 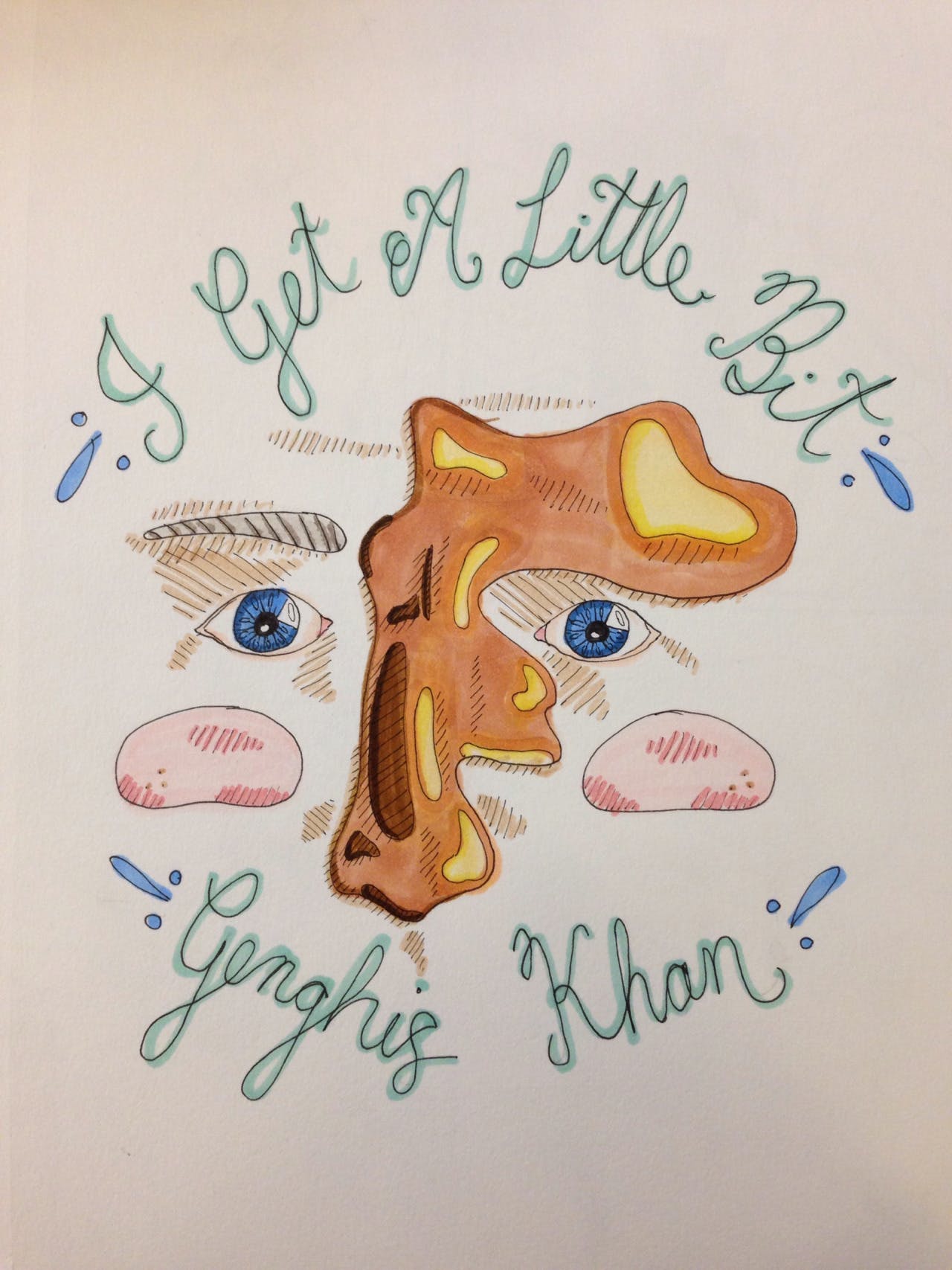 Along with all the art and memes currently multiplying on Tumblr, one of our favorite responses is this James Bond fan video by Vimeo user samtoyourdean. It’s very meta. Using footage from the Daniel Craig movies, it really highlights the homoerotic tension from villains like Skyfall‘s Raoul Silva and Casino Royale‘s Le Chiffre—although of course, they follow a long tradition of portraying that tension as threatening, as opposed to the more cheerful tone of the Miike Snow video.

Best of all, “Genghis Khan” introduced us to Ninian Doff, whose catalogue of music videos and short films is both varied and bizarre. For fans of atypical music video narratives, we recommend Mykki Blanco’s “The Initiation,” about a disturbing urban-fantasy fight club, and the gory cyborg chase sequence of The Chemical Brothers’ “Sometimes I Feel So Deserted.” 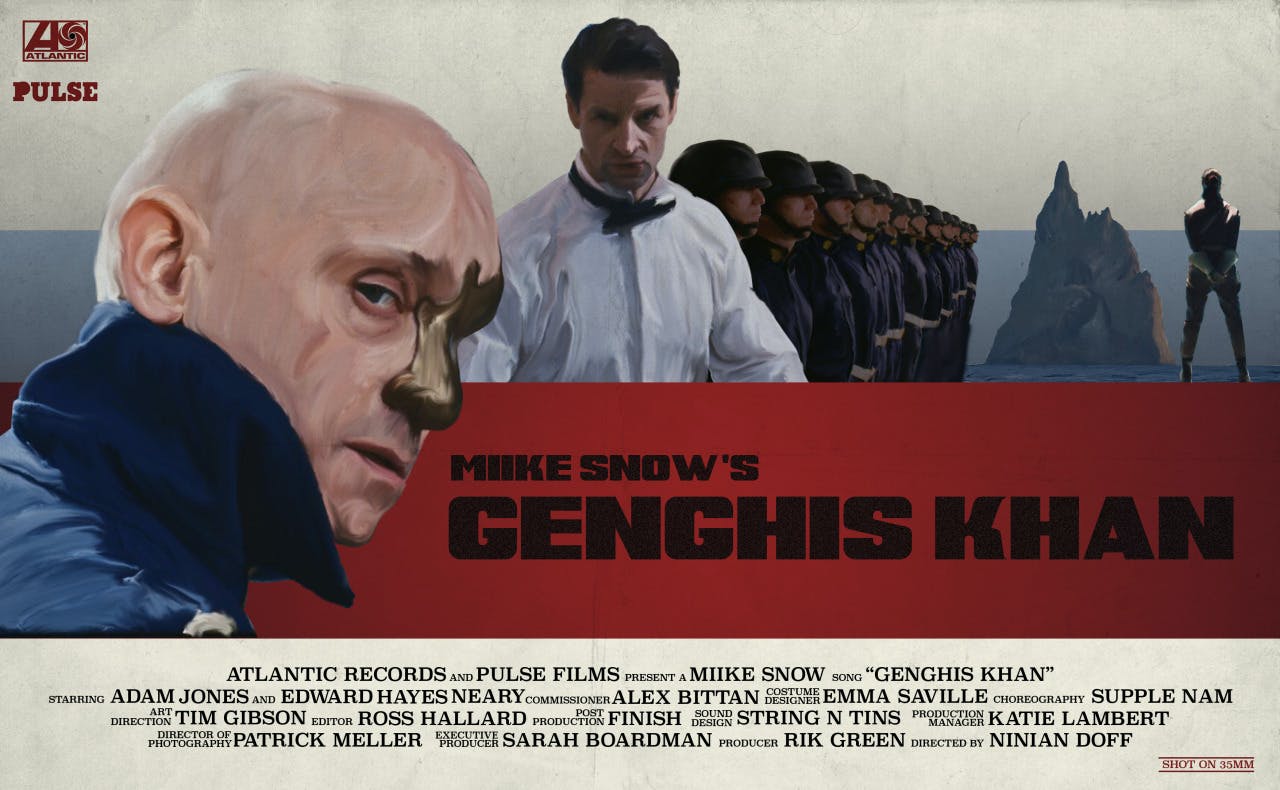