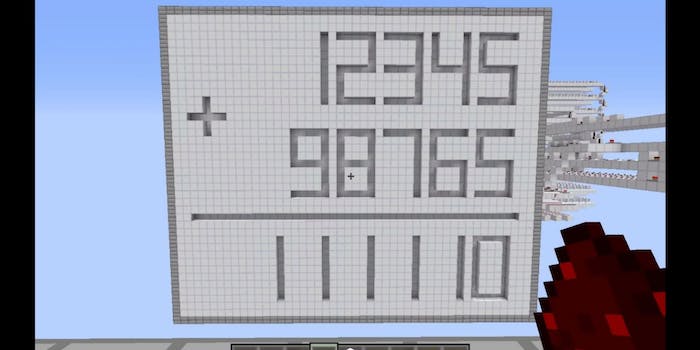 Mojang has developed a community space for educators.

Is there a better way to get your students to pay attention in class than by using video games?

The building game has already caught on as fun way to engage kids in creative engineering and design projects. The government of South Australia is encouraging elementary-school students to propose new national park designs using concept mockups produced in Minecraft. And Northern Ireland partnered with TeacherGaming to bring Minecraft to 50,000 students for free. There are undoubtedly a wealth of other projects being used in classrooms around the world.

Mojang has previously collaborated with TeacherGaming, the developers of MinecraftEdu and KerbalEdu, to promote the use of Minecraft in classrooms.

While the Minecraft in Education Tumblr is technically run by Mojang, the developer is owned by Microsoft. Minecraft has proved to be a wonderful demonstration of what Microsoft’s new HoloLens technology is capable of. Now Minecraft is serving as a conduit by which the software giant can express its support for technology in education.

“Microsoft is completely focused on empowering educators and inspiring students,” a Microsoft spokesperson told the Daily Dot. “We believe one of the ways we can do that is through providing a breadth of resources—from training and curriculum to technology—that educators can use to compliment how and what they’re teaching every day in the classroom.”