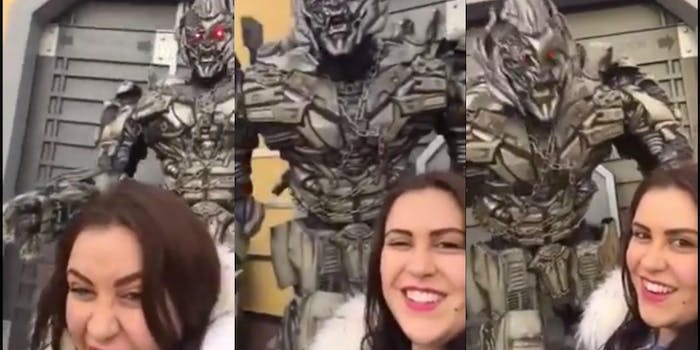 This Decepticon has no time for frivolous social media.

If his general world-destroying demeanor didn’t already tip you off, you could probably imagine that Megatron isn’t the biggest fan of frivolous social media and cutesy Instagram posts. But in case you still needed a concrete statement from the Decepticon leader regarding his thoughts on selfies and other matters of self-involved social media, then allow him to elaborate.

When a fan pointed her front-facing camera at the Transformer during a visit to Orlando’s Universal Studios and shouted “Selfie!” she unleashed fury that not even Optimus Prime had seen. The robot not only didn’t oblige, but went on to berate the photographer about the narcissistic nature of social media and the hollowness of status updates.

As for the shade he threw at her fur-covered hoodie? That’s just stone cold.