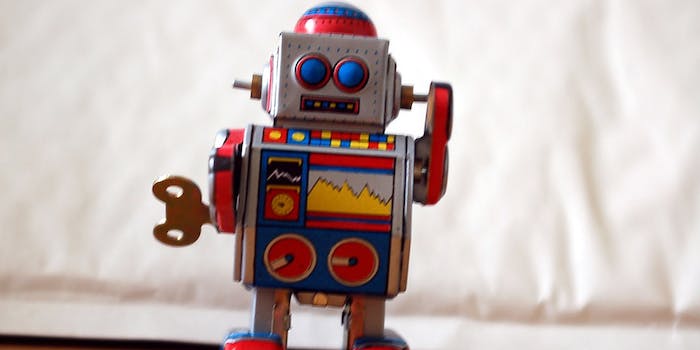 Help America defeat the world at robot battles with this Kickstarter

Will Americans answer the call to upgrade their entry into the international giant robot battle?

Team USA is making strides toward the goal of battling Japan in the world’s first international giant robot battle.

Having succeeded in getting Japan’s Suidobashi Heavy Industries to accept their challenge and battle them roboto-a-roboto, giant robot-maker Megabots has embarked on phase two: taking their quest to the people.

The company has launched a Kickstarter campaign to upgrade its fighting robot, the Mk.II.

Among the team of experts Megabots has assembled to help it revamp its design since it made its initial challenge is Mythbusters celebrity nerd Grant Imahara, who will work with other engineers, designers, and genre junkies.

Their goal? To turn this— 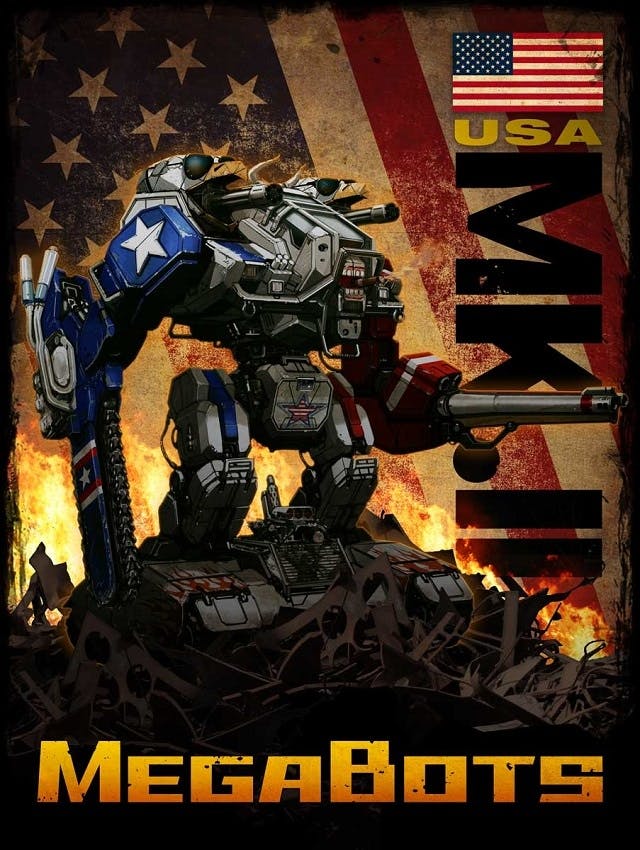 “If we win this, I want to punch them to scrap and knock them down to do it,” said robot designer and Suidobashi CEO Kogoro Kurata matter-of-factly in his acceptance video.

But for that kind of melee combat, Team USA claims it will need to significantly upgrade its fighting bot. From the Kickstarter:

Right now, the existing Mk.II tops out at 2.5 mph and is built for long-range paintball combat. That means it has thin, destructible armor plates and a mesh canopy. The entire robot’s built to be ‘lightweight’ (if you can call 12,000 pounds light), and hand-to-hand fighting is a whole new level of combat.
In order for the Mk.II to survive hand-to-hand combat, we need to:

Yikes! But already fans are lining up to chip in: In its first day, the campaign has already raised more than $80,000.

If the campaign meets its million-dollar stretch goal, Megabots has pledged to work with the winning team from that contest where all the robots kept falling down in order to have the best chance of ensuring that its robot won’t… fall down.

Since both the Mk. II and the Kuratas are top-heavy, it will be a challenge for either bot to actually get down and dirty without simply toppling over first.

Still, it looks as though plenty of fans are eager to witness the event, even if both bots bite the dust.

Given all the upgrades the U.S. team hopes to make, the robot battle won’t be taking place until 2016.

In the meantime, you can watch the Mk. II take out the windows of a sitting car with its fancy big American guns.

Now, that’s what I call patriotic.

Photo via Andreavallejos/Flickr (CC BY ND 2.0)