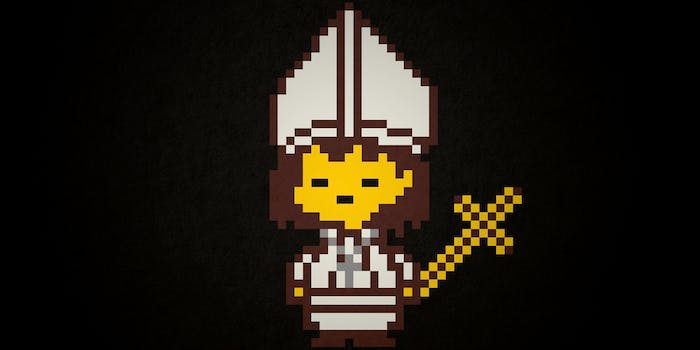 We hope the Pope enjoys his new copy of the meme-filled Kickstarter RPG 'Undertale.'

During a Vatican summit for internet creators, YouTube personality MatPat (AKA Matthew Patrick) gave Pope Francis a copy of the indie RPG Undertale. Or rather, he gave the Pope a Steam code so he could download it himself.

Predictably, “some dude gave the Pope a copy of Undertale” has become the punchline du jour on Tumblr. There’s something intrinsically hilarious about giving the Pope a Steam code for a meme-filled Kickstarter game, especially once you’ve seen MatPat’s 16-minute video explaining his decision—which has now been viewed more than 1.7 million times.

For fans of Undertale, MatPat’s reasoning is easy to understand. As a creative, story-focused game where players can choose not to kill their way to victory, Undertale is often praised for its moral nuance compared to mainstream RPGs. And since it’s traditional to give gifts when meeting the Pope, MatPat chose Undertale as a positive example of video game culture.

Of course, things start to go off the rails a bit when MatPat draws a line between negative coverage of video games and real-life hate crimes. This shouldn’t even need pointing out, but while video game culture has developed a bad rep due to Gamergate and criticism of violent games like Grand Theft Auto, unfair video game coverage isn’t remotely comparable to islamophobia.

“We are in charge of our own destiny, we shape our own story,” says MatPat earnestly, celebrating Undertale as a game that “taught millions of people the meaning of the word pacifism.” His proof is that Google searches for “pacifist” spiked when Undertale was released, although as with any Google search trend, it’s hard to prove a causal link. 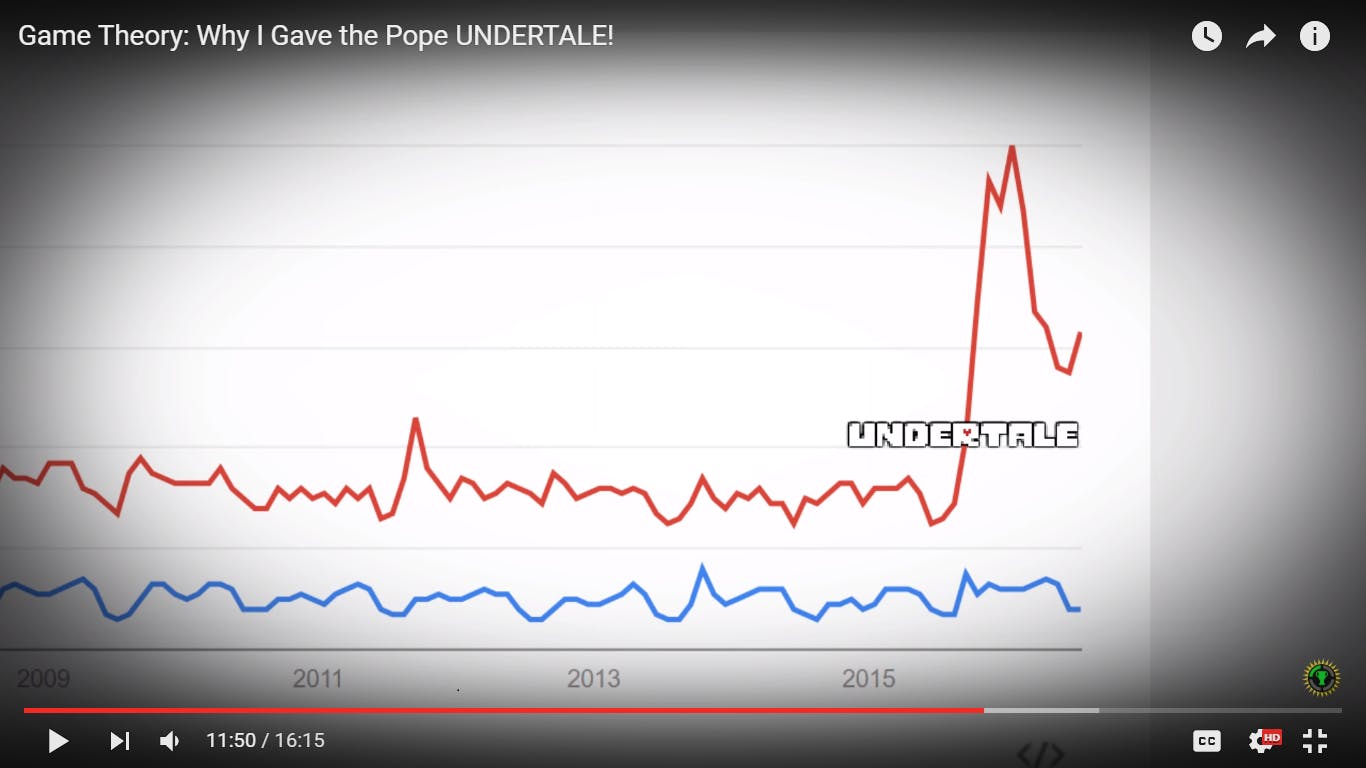 For obvious reasons, this bizarre crossover between Pope Francis and indie game fandom was a dynamite combination for internet mockery. It hits a similar note to the cringeworthiness of DashCon, the 2014 Tumblr convention that ended in harmless but deeply embarrassing disaster.

We wait with bated breath to hear what Pope Francis thinks of Undertale, if he ever decides to cash in that Steam code. In the meantime, we leave you with a thought-provoking tweet from Undertale creator Toby Fox.