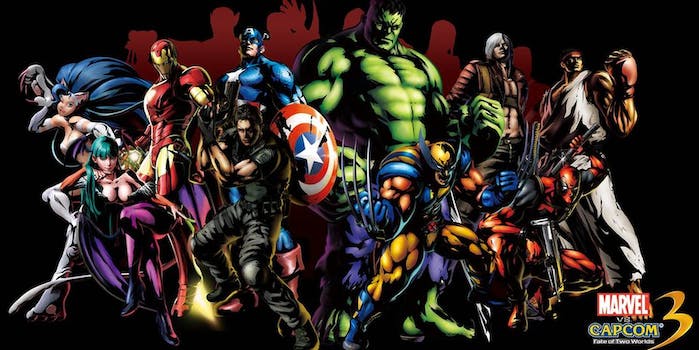 The next Marvel vs. Capcom game could soon be revealed

Marvel vs. Capcom 3 fans might be getting a big present this holiday season.

Fans of Marvel Vs. Capcom 3 have long hoped for a follow-up to the colorful fighting game, originally released in 2011.

Things have been quiet on Capcom’s end, with a focus primarily on the recent Street Fighter V, but rumors are now circulating that a new entry in the crossover series is coming soon. The most substantial update comes from Polygon, reporting that multiple sources can confirm Marvel vs. Capcom 4 will be announced soon with a 2017 release date.

The upcoming PlayStation Experience’s Capcom Cup event, scheduled for this Saturday, is where the reveal is rumored to take place. Polygon’s sources also say that fans of Marvel vs. Capcom 3 should expect news specific to that game soon as well, possibly hinting at a release on current-gen systems.

Marvel vs. Capcom 4 will likely be a PlayStation exclusive, like Street Fighter V, but could make its way to PC and Xbox One eventually. Fans should expect the focus on Marvel’s roster to feature characters from the Marvel Cinematic Universe, rather than X-Men and Fantastic Four characters. Capcom will likely bring familiar faces from Street Fighter and Resident Evil into the fray.

Fortunately, fans won’t have to wait long for updates on Marvel vs. Capcom 4. The reveal could happen as early as this weekend.