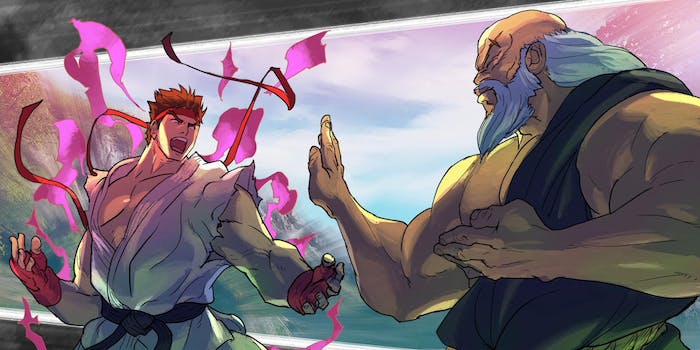 Capcom has announced story mode in a new trailer.

Capcom is not holding back on giving Street Fighter V a proper plot.

The publisher/developer just released a trailer to formally announce the game’s story mode. It’s a deliberate statement that there’s a lot in store for those fans who value a single-player experience, and it goes beyond the mere addition of cutscenes between matches. Expect more storytelling content after SFV’s Feb. 16 launch date, as well as the involvement of a loved and respected franchise character designer.

The genre has been around long enough that we’ve seen a wide spectrum of how story modes in fighting games are treated. Such forms of exposition were often non-existent in the early days, while last year’s Mortal Kombat X had many cutscenes that individually lasted longer than the matches themselves. The success of MKX further proved that there is an audience for fighting game story campaigns, even if it’s just a fraction of the fanbase that comes to the genre for the adversarial multiplayer. It’s not that all different from some established first-person shooter franchises like Halo or Call of Duty. Those who only play versus multiplayer might be the vocal majority, though that doesn’t invalidate the enthusiasm for a story mode, especially when the latter is more effective in expanding a franchise’s lore. 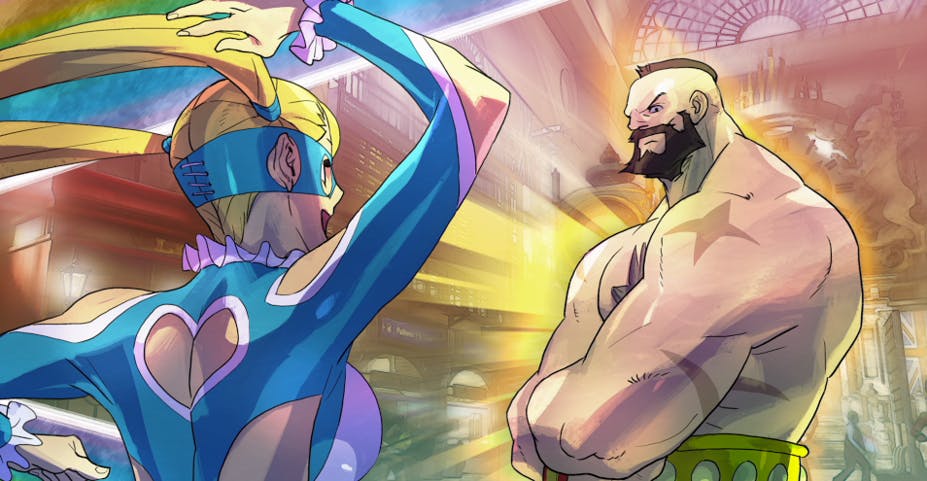 Capcom has something more ambitious in mind with SFV. It was intriguing enough that Street Fighter IV was set before the events of Street Fighter III. Yet it’s easy to argue that the scant cutscenes in SFIV were hardly memorable. SFV’s story will work as a bridge between those two games, and Capcom has even gone as far as to declare that this new story will add cohesion to the series overall. That’s worth looking forward to, especially when this series’ releases have followed a George Lucas-inspired style of non-linear storytelling. Even SFIV and SFV producer Yoshinori Ono concedes that the series numbering convention is more complicated than the Star Wars franchise. He adds that since this is the first Street Fighter without an arcade version, this would be the ideal opportunity to create a fleshed out narrative. After all, the franchise is not unfamiliar with storytelling, given its transmedia creations in anime and live-action releases. 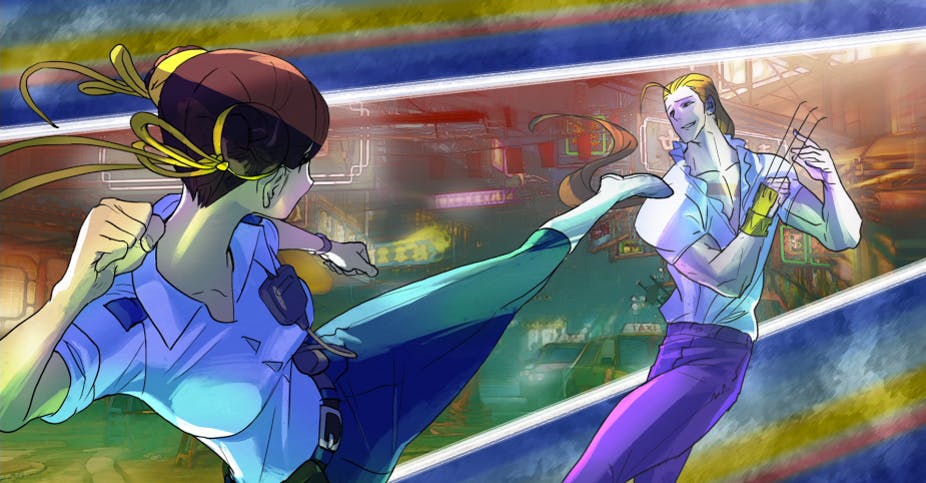 The initial form of Street Fighter V—the version of the game that comes out in just three weeks—is technically a teaser to its larger story. The individual character stories serve as a prologue while the much larger narrative will be presented in a free story expansion due out in June. It is also expected to have an official, more dramatic sounding title than merely “Story Expansion.” Those with a keen eye will notice familiar characters in the trailer who are not part of the announced roster. It remains to be seen whether those fighters will be playable in the future. Lastly, the static cutscenes will be artistically led by Japanese designer and illustrator Bengus, who was not involved in SFIV, but whose works have graced several Capcom properties from Darkstalkers to Marvel Vs Capcom and older Street Fighter games.

I’m always fascinated by how sequels benefit from the development lessons and public response to previous installments, so I asked Ono-san how SFIV informs SFV. 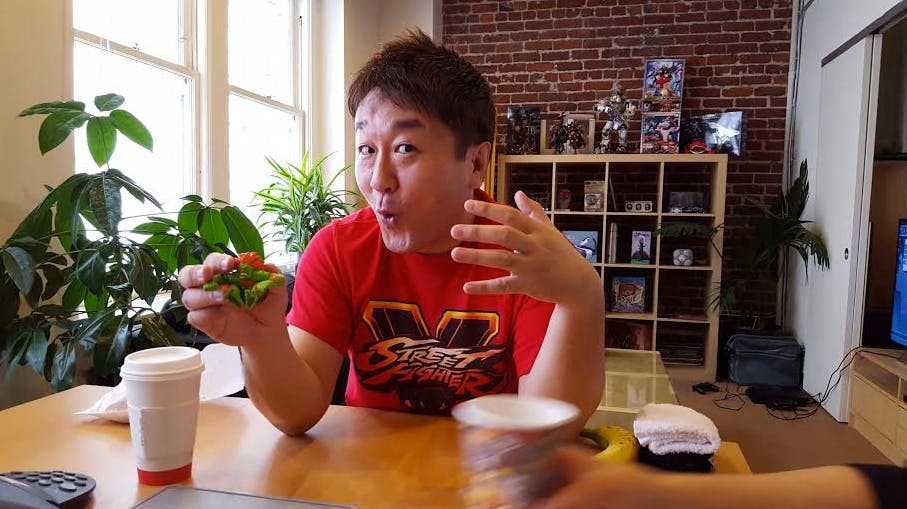 “The most important thing we learned from SFIV is that Street Fighter builds communities, particularly with esports, the Capcom Pro Tour, and the Capcom Cup. A huge component of that was in making a rulebook for Street Fighter as an esport, and that has greatly informed the development of SFV,” he said.

He went on to acknowledge the skill divide that resulted from the exponential growth of the professional competitive space. “As SFIV developed over the years, top players became very solidified, so rather than let those guys on top stay on top in SFV, we reset the playing field for everyone, so it’s still appealing to casual players and kids. We see the battle system as a reset but the core experience is still unmistakably Street Fighter. The goal for putting in those new systems is analogous to the sport of baseball, where you can have as much fun playing as a kid in the street just as you would as an adult playing in a stadium. Thanks to the league system we have for SFV, you’re always matched with someone in your skill level. We acknowledge that learning moves for newcomers becomes a source of stress. We want to alleviate that in SFV, so we implemented more input leniency.”

Overall, the prevailing notion is that Capcom learned a great deal from the post-launch public and critical response of SFIV. This includes free balancing updates to SFV, a more consistent release schedule of content, and all future playable content will be either free or obtainable through the SFV’s fight money in-game currency. Earning fight money isn’t exclusive to the versus modes, either. Playing survival and the story will yield the same kinds of reward, though you won’t be able to grind for fight money by replaying a specific character’s story over and over again. This will ensure that many players will get to learn the fighting styles of the entire roster. The in-game store and the first update will launch in March, giving players a month to get familiar with the base game.