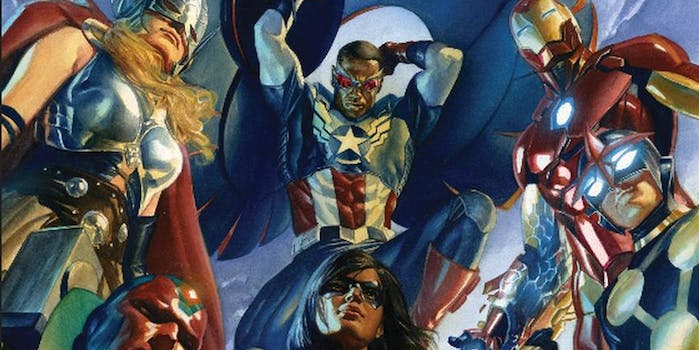 The new Marvel lineup is already off to a great start.

Marvel kicked its spate of new series up a notch with a string of announcements and cover reveals for its fall superhero lineup as part of its major new relaunch. Fans of the Hulk, Spider-Gwen, and ensemble series are in good luck: The announcements include new titles for both those heroes, as well as new editions of Marvel’s ongoing diverse expansion of the Avengers and A-Force teams. 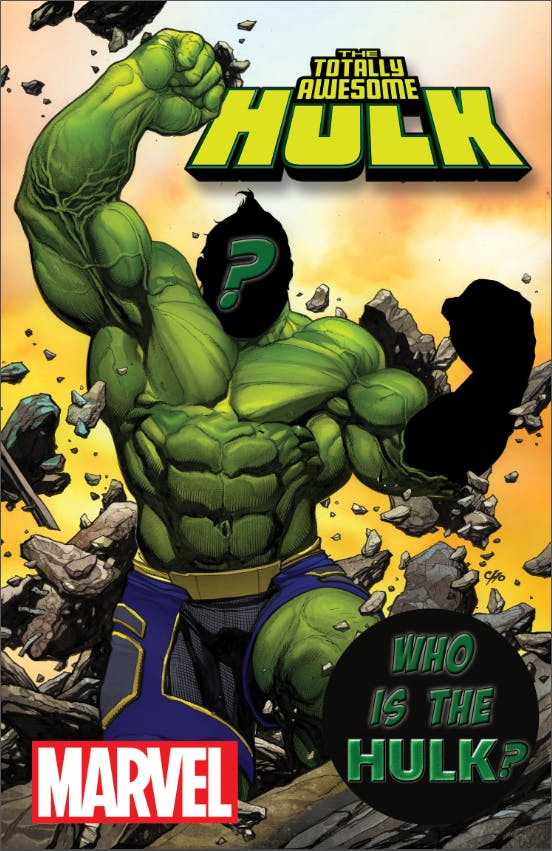 The new Hulk series Totally Awesome Hulk! will be written by popular comics writer Greg Pak (Planet Hulk), featuring art from comics legend Frank Cho. In a press statement, Pak promised that the Hulk would be “all new,” in the form of a mysterious new character who takes the burden of being the green giant away from Bruce Banner. No word yet on who the character is, other than “a giant green wrecking machine who loves being the Hulk.” Sign us up for that! 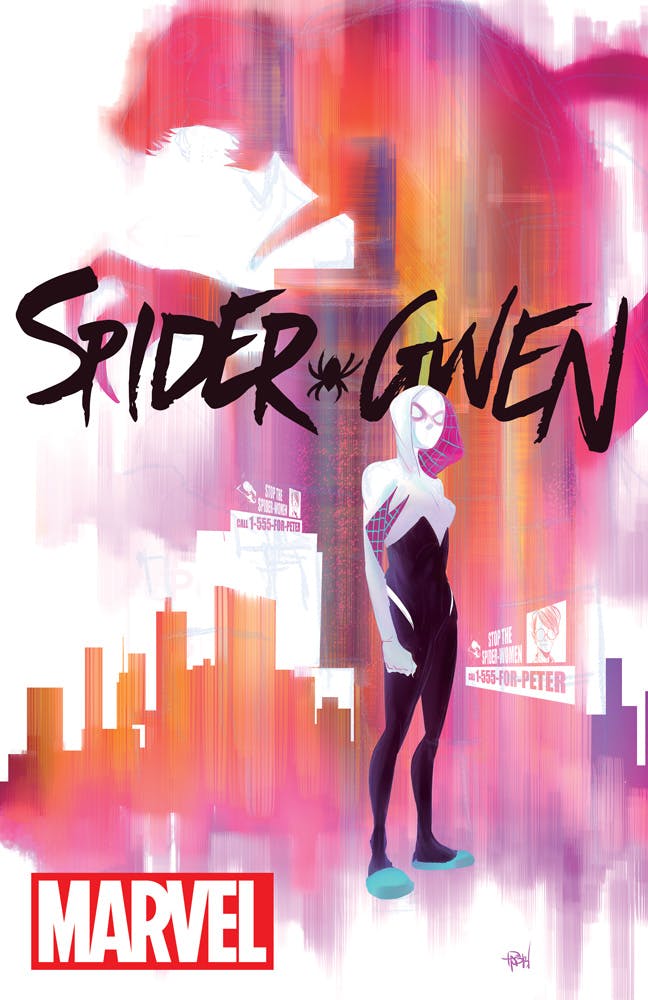 Next up, Spider-Gwen! The new series featuring our latest new webslinger will also debut in the fall, with the returning team of writer Jason Latour, artist Robbi Rodriguez, and cover artist Rico Renzi. The series will see Gwen seeking vengeance for the death of Peter Parker (in her alternate universe as part of Marvel’s Secret Wars multi-verse, which will remain separate from the main Marvel universe timeline), and performing in an all-girl band called, what else? The Mary Janes. 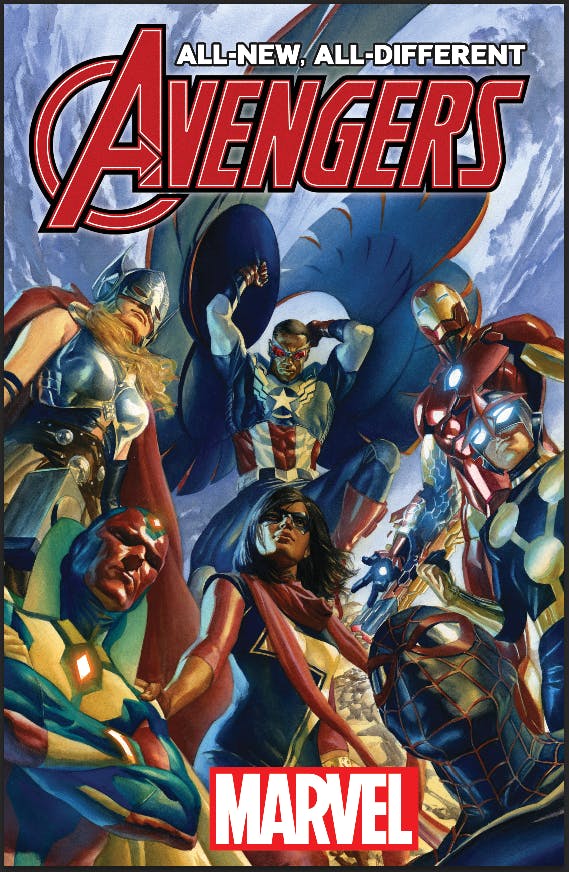 The All-New, All-Different Avengers has been one of the most anticipated new series, and if this cover art by Alex Ross is any indication it’s going to rock. Writer Mark Waid (Daredevil) will pen the series, with artistic work from Adam Kubert and Mahmud Asrar.

The new team will see Tony Stark leading the newly promoted Sam Wilson in his role as Captain America, along with Vision and a host of heroes, including Jane Foster as the recently revealed Thor, Vision, Miles Morales as Spider-Man, Sam Alexander a.k.a. Nova, and everyone’s favorite teenage fighter Kamala Khan, a.k.a. Ms. Marvel.

The new assembly will be battling a villain called Warbringer, whom readers may recognize from the NOVA series. They’ll also have to battle another unexpected villain—lack of economic security. What will the Avengers look like without the ultimate windfall of Stark Industries at its back? We’ll find out! 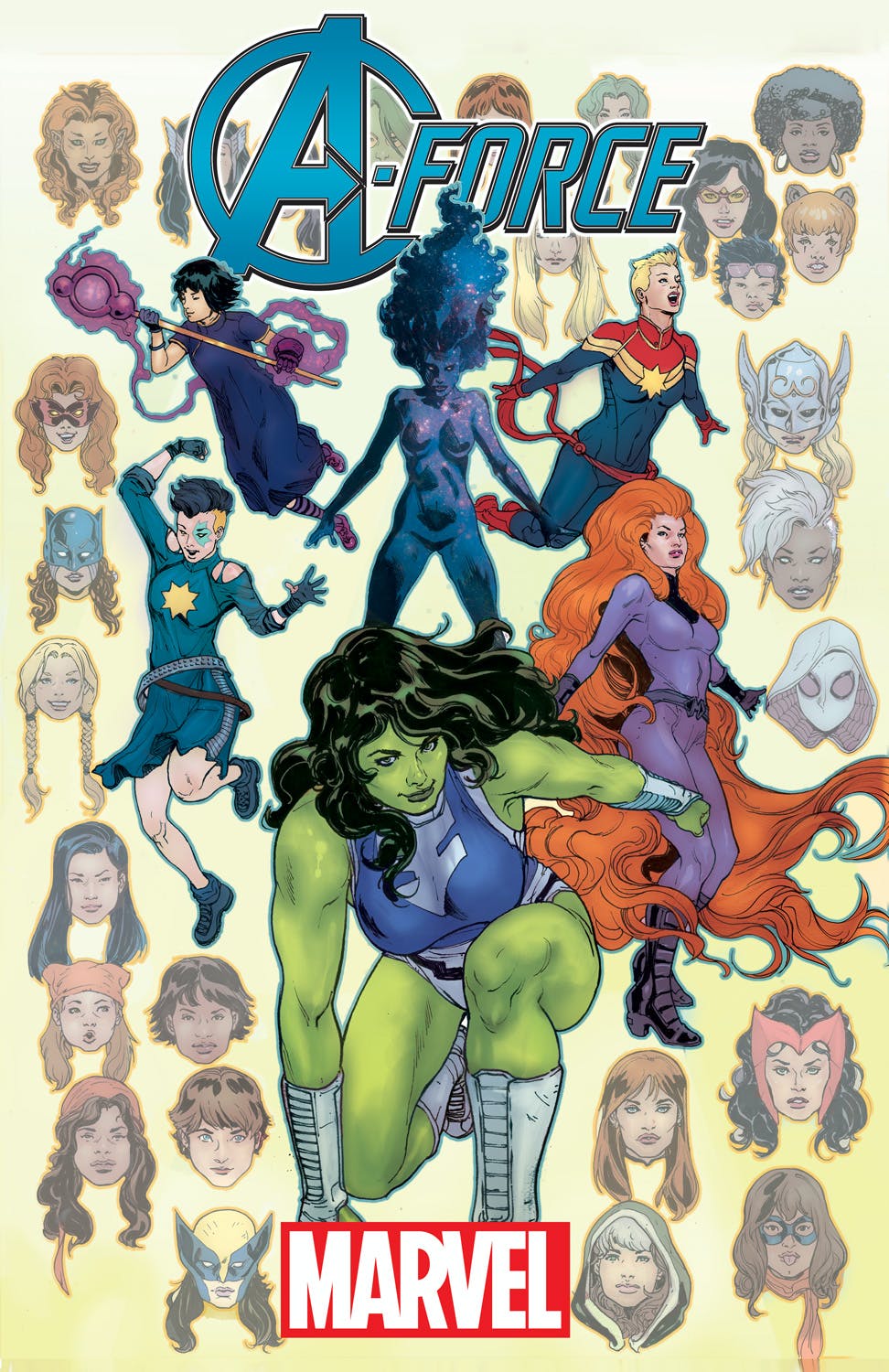 Last (for now) but not least in the series lineup, Marvel returns to its all-female A-Force lineup, with She-Hulk and Captain Marvel heading up a team that includes Medusa, Dazzler, and Nico Minoru, along with a brand-new hero we met during the Secret Wars, Singularity.

Written by G. Willow Wilson with art by Jorge Molina and cover art by Victor Ibanez, the series will pick up Singularity’s arc during the Secret Wars saga. In a press release, Wilson stated the team would be battling “a threat unlike anything they’ve ever faced before.”

Is it fall yet?