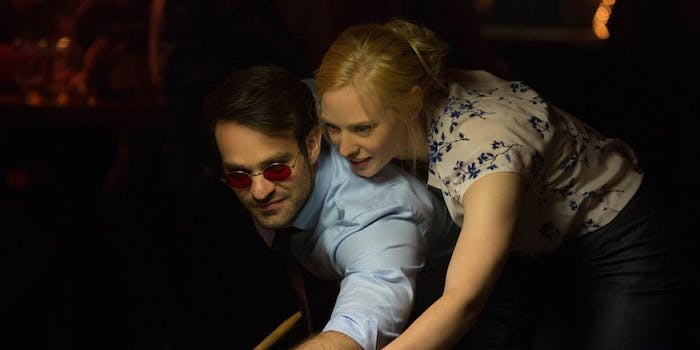 The Punisher shines in ‘Daredevil’ season 2, but the story breaks little new ground

In its first season, Marvel’s Daredevil set itself apart as a mature, complex retelling of a by-the-book superhero origin story. Its chief area of originality was the startlingly well-drawn villain Wilson Fisk, whose demise left the new showrunners Doug Petrie and Marco Ramirez with a quandary: How do you replace Marvel’s most interesting antagonist to date?

Their solution was to introduce the Punisher (Jon Bernthal), a murderous vigilante who represents the dark side of Matt Murdock’s violent quest for justice. Instead of dealing with a single supervillain antagonist, Matt (Charlie Cox) is presented with a whack-a-mole series of opponents to defeat: the Punisher, Irish and Japanese gangsters, and the ambitious new D.A. Samantha Reyes (Michelle Hurd), who wants to build her career on prosecuting vigilantes.

As in season 1, Daredevil is all about retelling familiar tales at a more detailed pace, whether that’s a superhero origin story or the familiar arcs of gritty urban crime drama. But while Daredevil has an excellent grasp of longform storytelling, it’s hard to stay invested in the show’s main ongoing theme: Matt Murdock’s interminable moral angst. 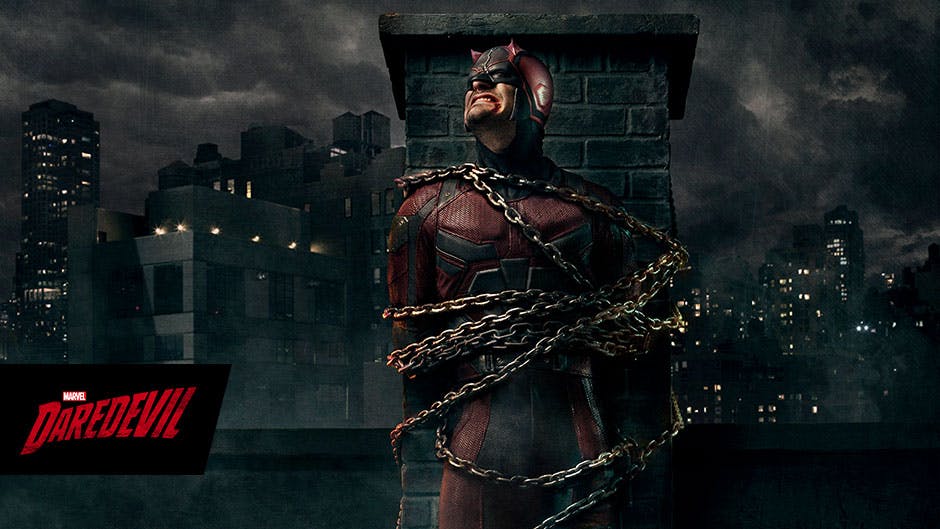 With the Punisher on the scene, Matt is forced to face two important questions about his identity as a costumed crime-fighter. First, is he really so different from the Punisher, who assassinates criminals in premeditated murder sprees? And second, are the Punisher’s methods actually more effective than his own?

Daredevil thrives on this type of moral predicament, and the Punisher story shifts in an intriguingly unexpected direction as the season progresses. However, all those conversations about guilt and personal responsibility can get a little old. In one dialogue-heavy episode, Daredevil and the Punisher face off in a lengthy debate about the ethics of killing one’s enemies. It’s exactly the kind of scene that earned Daredevil its reputation as the prestige drama of the MCU, but at this point, we’ve heard it all before.

It doesn’t help that Matt Murdock’s strict “thou shalt not kill” policy is a little inconsistent. In season 1 he agonized over the possibility of killing Wilson Fisk for the greater good, but burned the ninja Nobu to death with no lingering guilt after the fact. And since Daredevil’s M.O. involves thwacking criminals over the head with metal rods, I’d be astonished if his fight scenes have a 100 percent survival rate. Let’s face it: That’s a lot of head wounds. Matt Murdock has surely killed a whole bunch of people by now, albeit by accident. 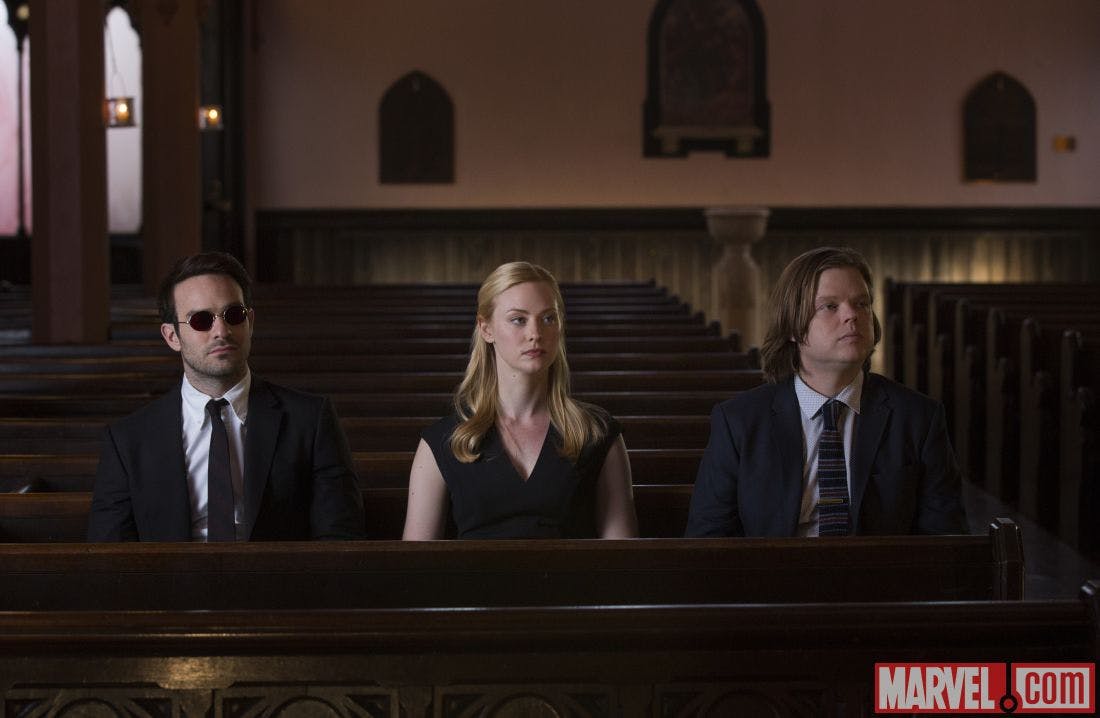 Fortunately, Daredevil isn’t all moral debates and murder. Every Nelson & Murdock scene is a delight, with Foggy (Elden Henson) and Karen (Deborah Ann Woll) getting more time to shine this season. Foggy and Matt are something of a rarity on TV: a pair of male friends who understand each other on a deep emotional level, and actually show it. We get to see the strain caused by Matt’s double life, as Foggy worries about Matt’s wellbeing while trying to keep their law firm alive. Meanwhile Karen has become one of the most interesting characters in the show, a determined investigator to rival The Good Wife‘s Kalinda Sharma. You get the impression that Foggy has already accepted his role as Matt Murdock’s sidekick, whereas Karen is the protagonist of her own story.

As fans will probably have gathered from the trailers, Matt and Karen begin a tentative flirtation this season. Like in the early days of any relationship, they’re both trying to present the best versions of themselves—except in this case, that means enormous lies of omission. Matt still hasn’t told her about his nocturnal activities, and Karen has secrets of her own. Of course, Matt’s secret is a lot bigger, especially once he starts spending time with Elektra on the side.

Along with the Punisher, Elektra (Elodie Yung) is the other new Marvel star this season. Introduced as Matt’s ex-girlfriend, she’s a glamorous heiress with badass martial arts skills and none of Daredevil’s moral qualms about killing. While Karen represents Matt’s desire for a normal, happy life, Elektra appeals to his devilish side, dragging him into a world of violence and adventure. 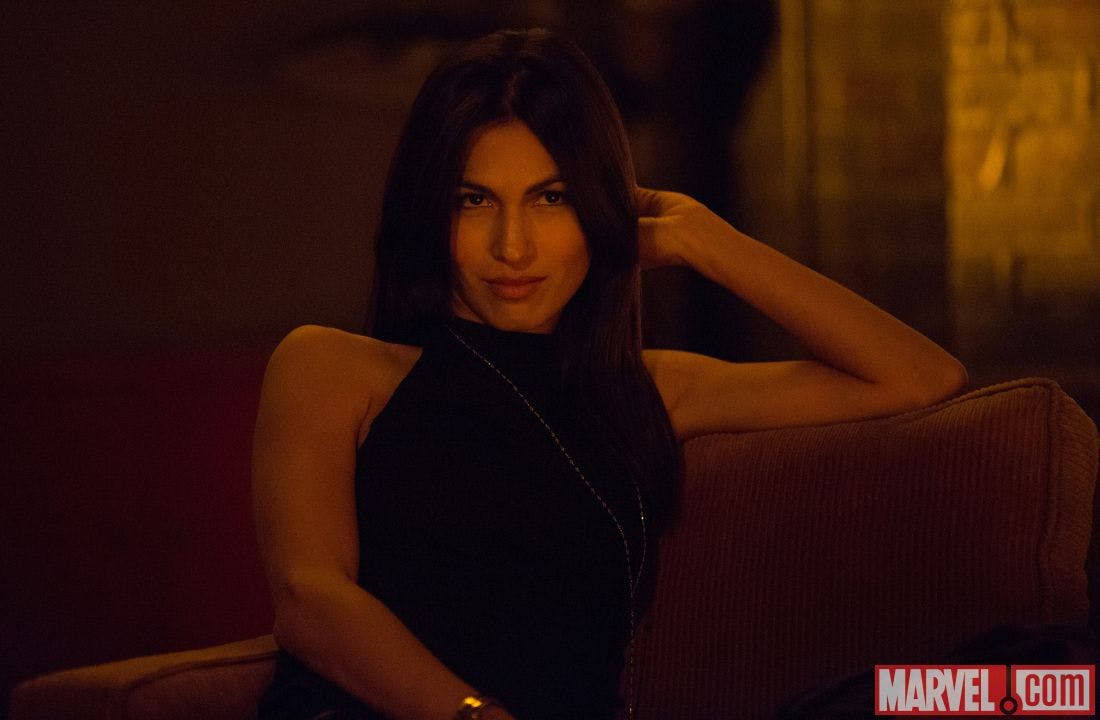 This not-quite-a-love-triangle is the kind of compelling storyline that leaves you yelling at the screen (STOP LYING TO YOUR FRIENDS, MATT!) but it also creates some unfortunate comparisons between Elektra and Karen. At first, Elektra basically comes across like a certain type of Bond Girl: mysterious, seductive, and amoral. It’s pretty obvious that she was created by Frank Miller. Even her costumes and makeup highlight the contrast between the two characters, with Karen wearing delicate, pale businesswear while Elektra sports leather skirts, black nail polish, and crimson gowns. Obviously this all originates from Elektra’s comic book backstory, but it also plays into Daredevil’s ongoing issues with orientalism.

Daredevil’s first season was criticized for its portrayal of Asian characters, and in the seven new episodes offered to reviewers this year, that subtext remains. Elektra’s yakuza enemies receive minimal characterization compared to their counterparts in the Irish mob, often speaking in untranslated Japanese. Meanwhile Elektra herself feels dangerously close to being exocitized. She’s a femme fatale, a dangerous temptress whose motives are opaque as she seduces Matt away from his lawyer duties at Nelson & Murdock. Her rebellious rich-girl persona goes a long way to explain her choices and desires, but she still doesn’t feel grounded in reality like Foggy, Karen, Matt, or the Punisher. 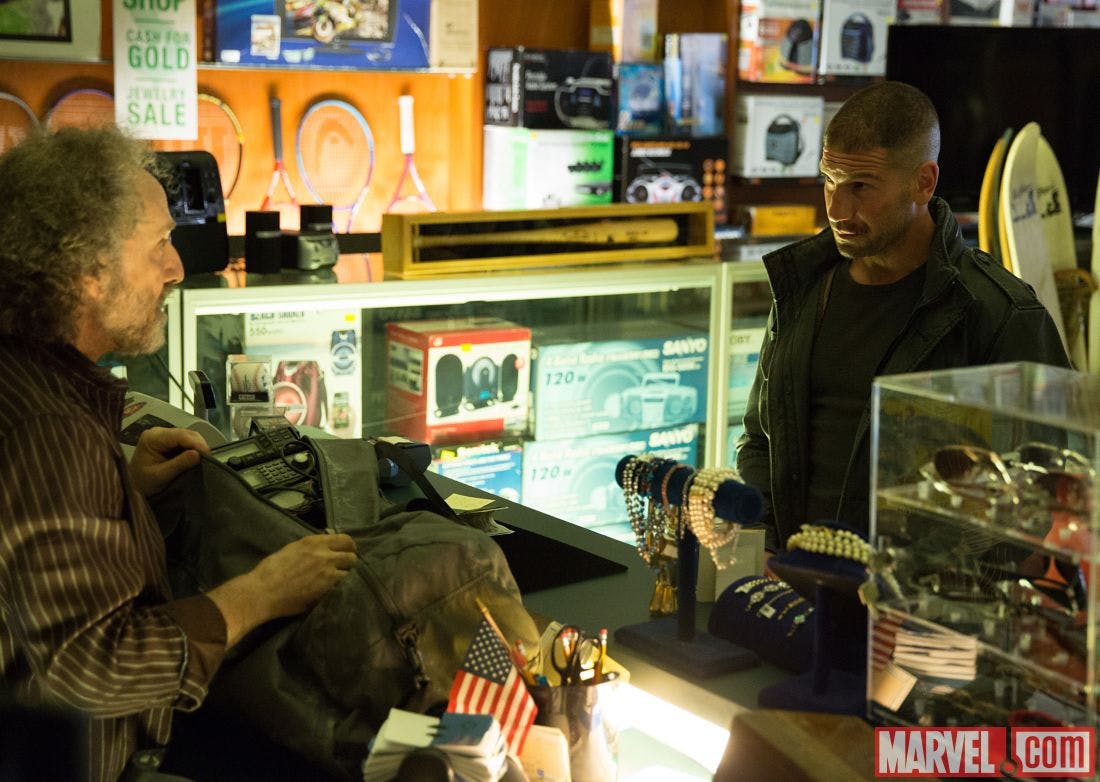 Following the success of Jessica Jones, one can’t help but compare the two shows. Both have their strengths, but there are a couple of areas in which Daredevil falls short. Its depiction of women is the most obvious, because while major characters like Karen, Claire, and Samantha Reyes are commendably well-drawn, there’s no such thing as an incidental woman in the world of Daredevil. Aside from a handful of minor background roles like Josie the bartender, Hell’s Kitchen is populated by an endless supply of angry, violent men. Which brings us to our second issue: Hell’s Kitchen itself.

Season 1 inspired some affectionate mockery for its dedication to keeping Matt Murdock in Hell’s Kitchen, a setting that seems ludicrous to 21st-century eyes. The neighborhood has been comprehensively gentrified since Daredevil debuted in the 1960s, although I personally found this detail easy to overlook. If we can accept the existence of superheroes, then we have to accept that in this universe, Hell’s Kitchen can support a bountiful crop of biker gangs, mobsters, and yakuza hitmen. No—the real problem is that Daredevil’s New York still feels oddly two-dimensional. Compared to the street-level realism of Jessica Jones, Daredevil takes place in an awkward mish-mash of stereotypical crime drama setpieces, glossy corporate buildings, and brutal fight scenes. There’s very little in the way of worldbuilding for the everyday people of New York. It’s stylized, but not quite stylized enough.

In some ways, Daredevil‘s second season gets off to a better start than season 1. It benefits from the expansion of Karen and Foggy’s roles, and the Punisher’s storyline demonstrates a real understanding of what makes the character interesting. But at the same time, the show hasn’t solved any of its existing problems. All of the crime storylines are still rooted in cliche, without any sign of subversion. Most of the antagonists feel like generic cannon fodder, and there’s only so much screentime you can wring from Matt Murdock’s self-flagellation.

For now, Daredevil serves the purpose of being a better superhero vigilante story than we’re likely to see in Batman v Superman, but it’s still nowhere near as interesting or innovative as Marvel’s Agent Carter or Jessica Jones.