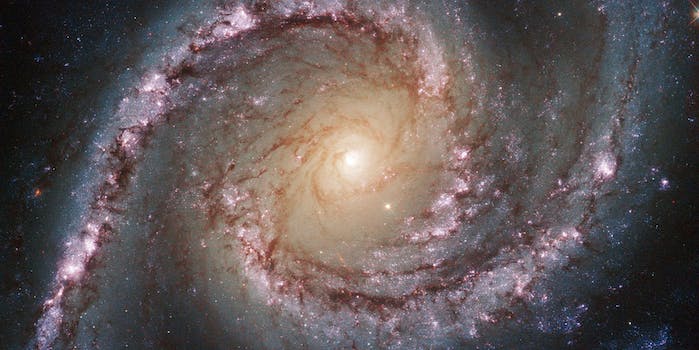 A new controversy is rocking the sci-fi community.

The ongoing culture war between old and new schools of science-fiction and fantasy fandom flared up intensely this week after a popular blogger publicly denounced what he described as a toxic experience at a convention in Kansas City last year.

Mark Oshiro, whose pop culture reviews have garnered a cult fandom following, was invited to attend last year’s ConQuest as a guest of honor.

In a Facebook post that has rocked the sci-fi blogosphere this week, Oshiro detailed his experience of feeling repeatedly ignored, sidelined, silenced, harassed, and marginalized because of his status as a queer man of color.

Oshiro said he decided to make his story public after nine months passed with no response from ConQuest to his formal complaints. Additionally, the staffer who handled his incident reports, Jesi Pershing, said she has stepped down because of the ConQuest’s failure to respond.

The bulk of Oshiro’s concerns were devoted to a panel that occurred on the final day of the convention, “Erasure is Not Equality.” As the moderator, Oshiro was the only person of color on the panel even though the panel’s topic discussed the importance of not erasing minorities in fiction.

Oshiro alleged that members of the panel continually dismissed, misrepresented, or derailed concerns about racism and erasure of minority characters in fiction.

If you were at ConQuesT that weekend and you wondered why Closing Ceremonies started late, it’s my fault. I dashed up to my hotel room to cry because I felt so triggered, rejected, and alone. I’ve been on uncomfortable panels, but this was unique. The entire panel was argumentative; my questions as moderator were constantly avoided or ignored; anything I tried to state was fought or dismissed or contradicted. It was exhausting.

Oshiro also listed a number of other issues he had during the convention. He claims he was sidelined from a guest of honor banquet table, heard a member of the audience make a homophobic insult, that his guest was harassed, and that he himself was sexually harassed on another panel on open-mindedness, during which two different panelists took off their clothes.

On Tuesday, the board of directors of ConQuest’s governing organization, the Kansas City Science-Fiction and Fantasy Society (KaCSFFS), responded to the controversy. Without referencing Oshiro or any specific issues directly, board communications representative Jan Gephardt stated the board was “profoundly sorry that these issues arose,” but that “the day-to-day operations of the convention are done by the volunteer chairs and convention committee, who change from year to year.”

In light of recent issues we feel that more oversight of the convention committee as a whole is necessary by the KaCSFFS Board of Directors. This is being addressed by the current Board of Directors as we speak….

We are taking steps to ensure that future complaints are addressed appropriately and in compliance with current policies and procedures in place.

In a follow-up post made Thursday, Oshiro pointed out that the board’s apology had come from one of the very people he had filed a complaint against—Jan Gephardt, who had been a member of the panel on erasure. Oshiro criticized the decision to have her respond on the board’s behalf, given that the board had taken no action on the complaint he made involving her. He also said that two of the people he named in his original post had contacted him to apologize, including the con chair Kristina Hiner.

The Daily Dot has reached out to the board for comment, as well as individually to Gephardt and board president Margene Bahm.

Selina Rosen, who Oshiro accused of rubbing her bare leg against him at the second panel, said in an email to the Daily Dot that she never intended to make Oshiro uncomfortable and didn’t realize he was upset.

If I touched him at all I wasn’t aware of it and certainly it was not sexual nor was I trying to make him uncomfortable. I did drop my pants for which the concom quickly drug me into the hall and dressed me down. It is a bad joke I have done for years since nothing but my legs is seen and the girls walking the halls in cosplay are wearing a lot less it has never been a problem and the people in the room all but 2 of which knew me and all of which were over 18 were amused which is absolutely the only reason I did it.

That is completely my fault I knew the audience I played to them I thought I knew Mark I liked him I thought he liked me. I have learned the hard way that I can NOT be as over the top as I have been in the past nor assume that people get me.

Believe me when I tell you I have learned my lesson and will not do this ever again. EVER!

I am a comic, an openly gay woman, a survivor of abuse, over weight and over 50 with a wife kids and grandkids. I wish he had come to me at the time. I can’t read minds.

That is something I have learned from this you can’t be “in the moment,” because you don’t know what other people’s moments are.

I apologize to Mark for any harm my actions caused him. Again, it was not my intention.

As a result of the controversy, the genre fiction community has been engaged in an intense debate over whether Oshiro’s experience was all just a series of avoidable misunderstandings, or evidence of a toxic culture in speculative-fiction fandom manifesting itself in convention spaces.

In a now-deleted comment to Oshiro’s post, fellow panelist Robin Wayne Bailey denied that he had used the term “human garbage” in reference to anyone would take issue with H.P. Lovecraft over his documented history of racism, as alleged by Oshiro. Bailey admitted he did remove his shirt at the panel, saying it was a matter of body positivity.

Others also spoke out in defense of the panelists Oshiro called out in his post.

Oshiro also had vocal support among readers and writers in the science-fiction and fantasy community, some of whom used the controversy to highlight what they believe is a larger problem.

In a lengthy Twitter discussion about Oshiro’s post, author Alyssa Wong said that for people of color inhabiting fandom spaces, these kinds of experiences are the norm, not the exception:

As a guy who routinely critiques fandom-friendly pop culture, Oshiro hails from a part of an online-based, vocally progressive, and notably diverse corner of fandom. Increasingly, this new class of sci-fi/fantasy fandom has come into conflict with older, more traditional areas of speculative fiction. Conventions are often the spaces where these tensions are made visible.

Oshiro shot back at critics who suggested he was just stirring up trouble. “At what exact point was I the person who ruined fandom? Was I ruining fandom in the nine months I kept quiet? … Or was I suddenly toxic when I chose to defend myself and my right to attend a convention without being harassed?”

Though his question is rhetorical, Oshiro is essentially asking the community whether it’s willing to have uncomfortable conversations and make changes in order to welcome more marginalized members of fandom.

Bestselling fantasy author Zen Cho noted that the burden is too often placed on guests like Oshiro to be “model minorities” in the midst of an issue-laden environment:

When you are a prominent, vocal PoC/queer/marginalised person in Western SFF fandom, you are often called upon to be a sin-eater.

You are invited to anthologies & placed on programming. Your very presence is intended to absolve the publisher/con of bigotry.

But often it stops there. YOUR experience is unimportant. Who cares if the con is white-dominated/racist/stressful, your panels boring?

You have served your purpose. That puts a lot of pressure on those of us made to play those roles.

Kansas City will play host to another con this year—WorldCon, arguably the most important convention in the world of speculative fiction. The host con, MidAmeriCon II, quickly released a statement for anyone worried about an overlap in the convention culture:

In response – MidAmeriConII would like to clearly articulate that we respect and value the safety of all guests, staff, and members… (1/3)

Member Services team will be training staff in procedures to support and implement our Code of Conduct, which we will work to refine…(2/3)