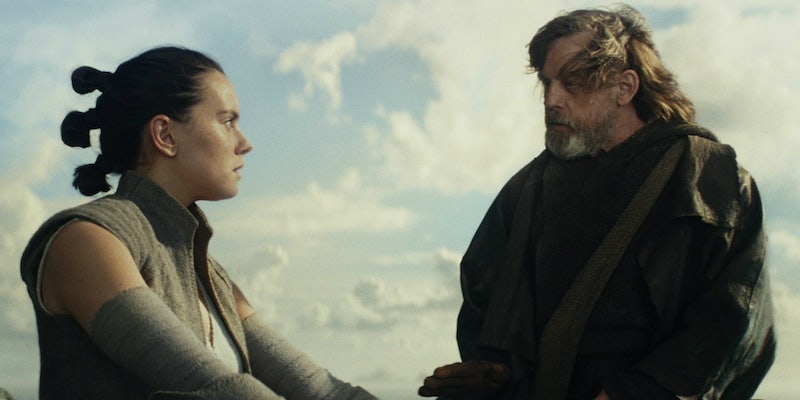 He went to a dark place to bring the character to life.

By now, Mark Hamill’s initial hesitation about the direction that The Last Jedi took Luke Skywalker in is well-known; his commentary offers both a unique perspective and the fire to fuel backlash from a vocal minority. But six months after the film’s release, he still has plenty of fascinating insight to offer about Star Wars’ most famous hero.

Speaking to IGN in a new interview, Hamill reflected on Luke’s journey from the optimistic hero who saw the good in his father to rejecting his own legacy. For him, working on the sequel trilogy has certainly been a unique experience, considering how his character was reintroduced to the universe. Hamill also worked with a triage of directors—J.J. Abrams, Rian Johnson, and Colin Trevorrow (before his firing)—on the films whereas George Lucas oversaw the entire original trilogy.

But amid his initial doubts, Hamill found a way into Luke’s psyche. He brought a bit of prescient real-world perspective to connect to Luke’s transition to a cynic willing to isolate himself on a remote island to die.

It is tragic. I’m not a method actor, but one of the techniques a method actor will use is to try and use real-life experiences to relate to whatever fictional scenario he’s involved in. The only thing I could think of, given the screenplay that I read, was that I was of the Beatles generation—”All You Need Is Love,” “peace and love.”

I thought at that time, when I was a teenager: “By the time we get in power, there will be no more war, there will be no racial discrimination, and pot will be legal.” So I’m one for three. When you think about it, [my generation is] a failure. The world is unquestionably worse now than it was then.

Hamill’s latest look at Luke arrives just as The Last Jedi becomes available to stream on Netflix. And whether you just rewatched or haven’t seen the film in months, it’s always worth paying special attention to Luke’s arc. As divisive as it may be, it has plenty to say—and that shines through plenty in Hamill’s performance.