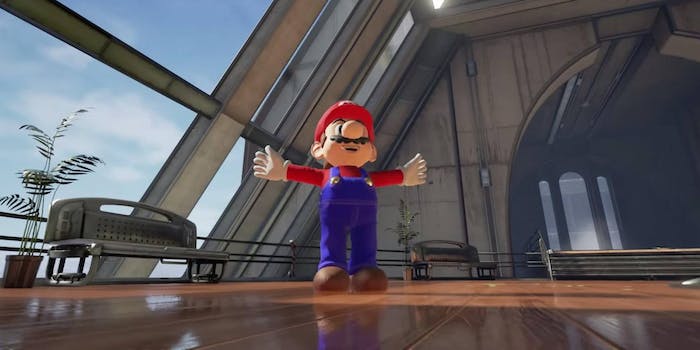 What would Mario look like in a real castle?

Have you ever wanted to see a realistic Mario? We’re not talking about the terrible Super Mario Bros. movie from 1993, but rather Mario rendered inside Unreal Engine 4.

That’s exactly what YouTuber Aryoksini has done, and the results are jarring to say the least.

Unreal Engine 4 is a video game engine made by Epic Studios, the same team who made Gears of War. A video game engine is a toolset for game developers, who will buy it to help create their games. As a toolset, it caters to games that are more realistic in nature. That’s not to say you can reappropriate those tools for more cartoony games, but in the AAA space, generally the games have been grittier.

Since Unreal Engine 4 is free, independent developers have taken it and made some very beautifully artistic games, like Adr1ft.

Nintendo uses its own game engine for games. At least with the Wii U, Unreal Engine 4 is not supported by the console. Maybe Mario doesn’t need Unreal Engine 4, but it’s still cool to see the plumber running around a realistic castle.