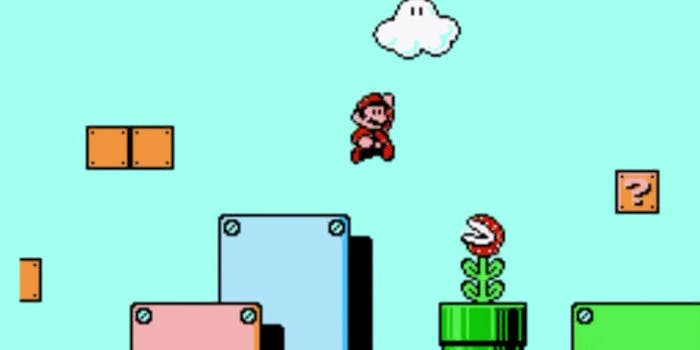 The scientific reason why Mario runs from left to right

Mario has been running to the right in an endless quest to save princesses for the past three decades. Has anybody ever wondered why?

A piece published in the journal Perception by Lancaster University psychologist Peter Walker found that our brains really do like running left to right.

Walker noted in a press release that in static images that convey motion, it’s a common convention to depict “items leaning forward into their movement, with greater leaning conveying greater speed.”

“No bias or a leftward bias is found for the same items in static pose. This could indicate a fundamental left-to-right bias for visual motion.”

What about when it comes to typography and the way people read? Well, Lancaster University covered that as well, noting that “this left-to-right bias is also observed when designers italicize text to convey notions of motion and speed,” and “it even applies to typography in Hebrew where the reader’s eyes scan from right-to-left.”

So, there you have it folks. Our brains are just wired to see images moving from left to right. The real question is why do we have this left-to-right bias?