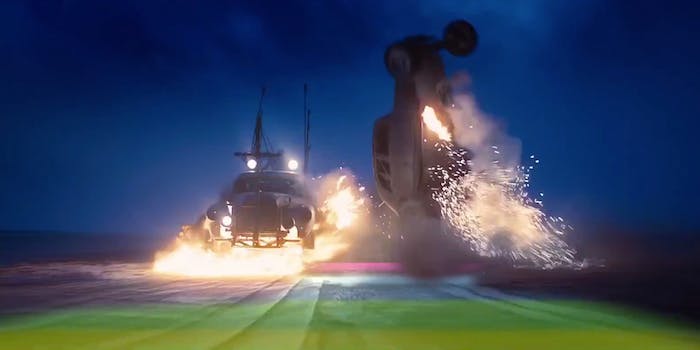 ‘Mario Kart: Fury Road’ is the best-of-both-worlds mashup you need

It’s only been out a week, but we may have already reached peak Mad Max cultural saturation. The film the whole universe is hailing as the unlikely feminist action movie of the year has already racked up its share of remixes and parodies—and yes, that includes unlikely crossovers that somehow work perfectly.

Edited by aspiring filmmaker Kris Sundberg, the first Mad Max trailer as redone Mario Kart-style has all the sublime touches we’d expect from our desert Kart-wheeling extravaganza, including sound effects of Furiosa as Princess Peach, run-ins with giant floating point boxes, and Tom Hardy starring as Mario himself.

Note to George Miller: It’s not too late to make this your sequel, buddy.