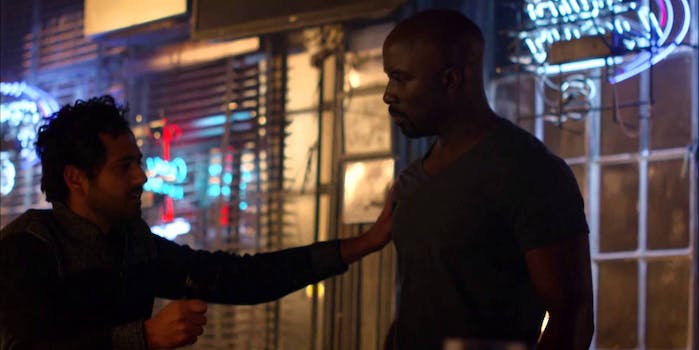 If this new trailer doesn’t get you excited for ‘Luke Cage,’ nothing will

Are you ready for Luke Cage?

The latest clip expands on a scene from one of the trailers, where a guy breaks his hand on Luke Cage’s bulletproof skin.

It’s cool to see more of what makes this how stand out from  Daredevil and Jessica Jones, particularly in terms of fight choreography. There’s no need for Luke Cage to show off impressive martial arts skills, because he’s basically indestructable and can just throw his enemies through a window without breaking a sweat.

Plus, there’s the soundtrack. Music is likely to be a major highlight in this show, and the trailers have already included some intriguing hints of things to come.