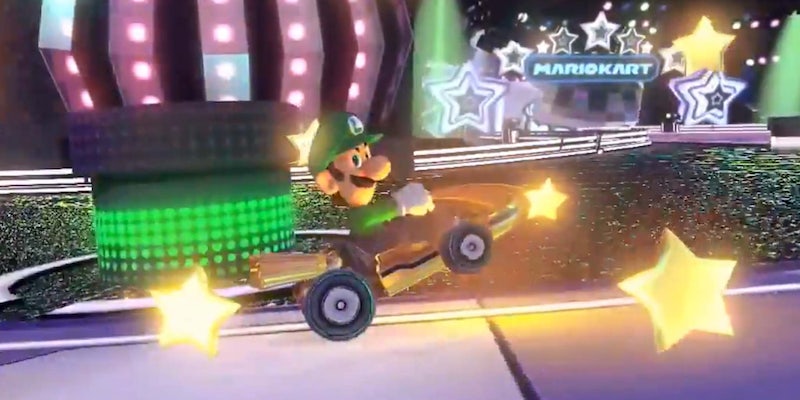 Playing second fiddle to an overweight plumber can drive a man mad. In Luigi’s case, he’s taking that rage out on the tracks.

A bunch of Mario Kart 8 fans are using the game’s replay mode to capture Luigi causing mayhem on the tracks. This compilation video shows slow-motion replays of Luigi as he cruises past other racers in trouble, often with a nefarious look in his eyes.

Tumblr, fresh off the Year of Luigi, embraced him as a hero, compiling videos, GIFs, and fan art of the plumber on the Luigi death stare tag. These “menacing looks” Luigi gives his fellow racers were even shown on Fox News.

But hey, it’s not like he isn’t having any fun.