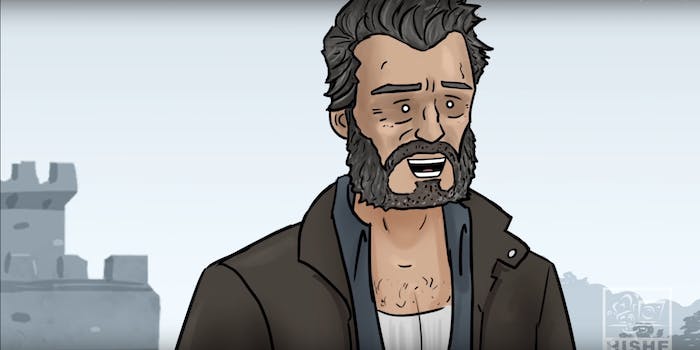 Photo via How It Should Have Ended/YouTube

You gotta see this musical alternate ending for ‘Logan’

It was only a matter of time before Logan got the “How It Should Have Ended” treatment.

Instead of a more typical video poking fun at the movie, the How It Should Have Ended channel wrote an X-Men musical in the style of Les Miserables. Remember when Hugh Jackman was Jean Valjean in the Les Mis movie? Right.

That’s what you do when the film already has a perfect ending.