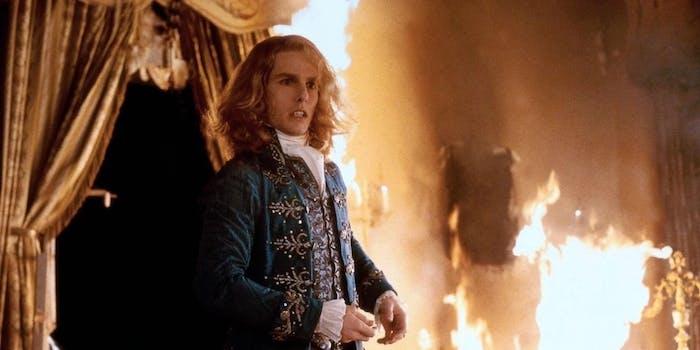 Interview with a Vampire

This could be incredible, especially if Fuller stays on as showrunner.

Bryan Fuller is working on a Lestat TV series with Anne Rice; basically the ultimate dream-team for fans of bloody gothic romance.

Known for his TV adaptations of Hannibal and American Gods, Fuller is also a lifelong Anne Rice fan. After reading Interview with a Vampire at 15 years old, he decided he was the right person to write a movie adaptation. He dug up the author’s phone number and called her at home, apparently managing a friendly chat before (incredibly) being passed onto the producer who held the film rights. He obviously didn’t get to write the movie, but 30 years later, he’s landed a similar job.

Paramount TV and Anonymous Content are developing Rice’s Vampire Chronicles books for TV, with Fuller collaborating with Rice and her son Christopher on the pilot episode.

Speaking to The Hollwood Reporter, Paramount TV president Amy Powell said they are hoping Fuller will stay on beyond the pilot, potentially as showrunner. Fuller is also working on a reboot of Steven Spielberg’s Amazing Stories, but after leaving American Gods last year, he could take on the Vampire Chronicles full time. It will be interesting to see how that pans out, because while Fuller is definitely suited to the material, Anne Rice is known for being both confrontational and very protective of her work. Fuller left his last two TV projects over creative and budgetary disputes with their respective networks.

Whatever happens with Fuller, this is exciting news for Anne Rice fans. It’s high time we saw another Vampire Chronicles adaptation, and with the current trend for big-budget TV, you’ll get all the gore and sexy vampire melodrama you could possibly want.