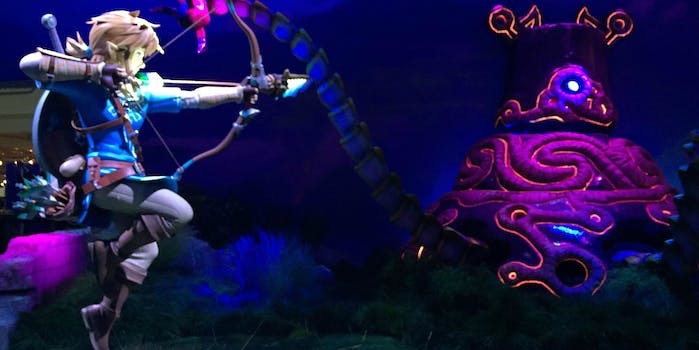 Hands-on preview: The Legend of Zelda: Breath of the Wild was worth the wait

Breath of the Wild feels like a return to the good old days.

Even a short taste of The Legend of Zelda: Breath of the Wild makes it clear that this may be a landmark game in the ongoing tale of Link and Zelda.

It might also be one of the truest reflections of the original Legend of Zelda released for the Nintendo Entertainment System in 1986, if my early impressions are a prediction of what Breath of the Wild is going to feel like when it’s released. 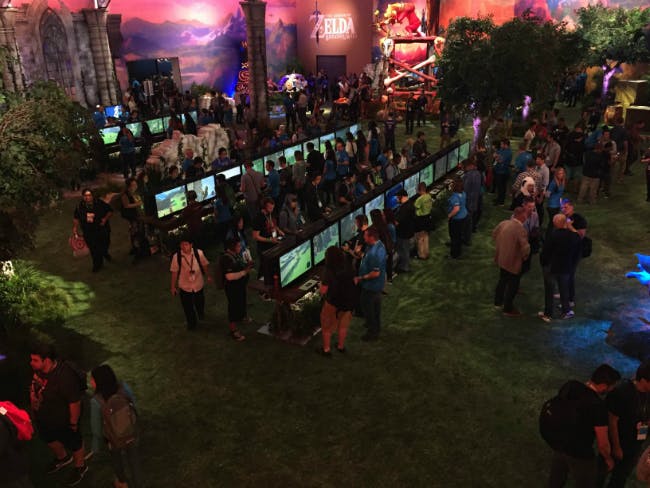 Nintendo turned its E3 2016 booth into an homage to The Legend of Zelda: Breath of the Wild

The original NES game did not hold your hand. Legend of Zelda players had to turn to help guides or friends to find all the dungeons—or push every rock, burn every bush, and drop bombs everywhere to find the doors hidden in the world.

The Legend of Zelda was tiny compared to modern fantasy games, but the deep level of interaction and attention to detail made Zelda feel like a huge world nonetheless.

Usually in modern-day Zelda games I feel like I’m jumping between discrete areas to be beaten. No matter how large those dungeons or locations are, they still feel like confined spaces to me, and that destroys the illusion of being in another world. Breath of the Wild addresses this shortcoming literally by taking place on a huge open world map that begs exploration much like the Overworld in the original NES game.

What I felt from my relatively short hands-on demo was the desire to return simply for its own sake. The exploration I did have time for was inviting because it felt like Breath of the Wild expands on role-playing game design elements like UI map design and waypoint and fast-travel systems more than previous Zelda games.

Breath of the Wild follows in the footsteps of The Elder Scrolls and Fallout, The Witcher and Shadow of Mordor, Grand Theft Auto and Assassin’s Creed. The Legend of Zelda is late to the open-world party, so naturally it will borrow from the tried-and-true design elements that make navigating open worlds palatable. 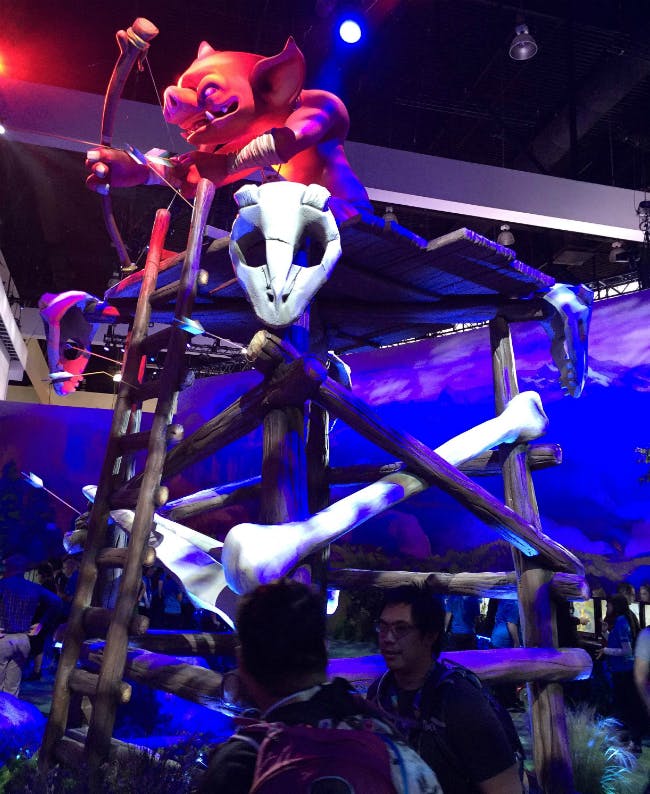 A Red Bokoblin archer stares down from his tower

Even if Breath of the Wild is the first Zelda game to take place in such an expansive environment, RPG veterans will require little if any time to adjust. This is Zelda transposed onto a framework we know how to handle. It includes things like weapon durability—I broke dozens of melee weapons during my demo run through Breath of the Wild. It includes gathering raw materials and crafting items.

Breath of the Wild, at least what I’ve played so far, doesn’t give up any of its identity as a Legend of Zelda game, even if it is fitting onto a framework that’s so familiar from other games outside the franchise. The art design still favors rich color over complex textures. The combat system follows the same basic principles that Zelda games have adhered to since Ocarina of Time.

The monsters in the opening levels are new interpretations of the Bokoblins from The Wind Waker, Twilight Princess, and Skyward Sword, and the gelatinous Chuchus that have appeared in half a dozen Zelda games. Your quest is still to fight a great evil named Ganon, though he’s now taken the form of a dark, swirling storm called the Calamity Ganon, trapped by magic wards surrounding Hyrule Castle. A race called the Sheikah are supporting Link with magic.

I still had to look for entrances to underground dungeons while wandering the Great Plateau. 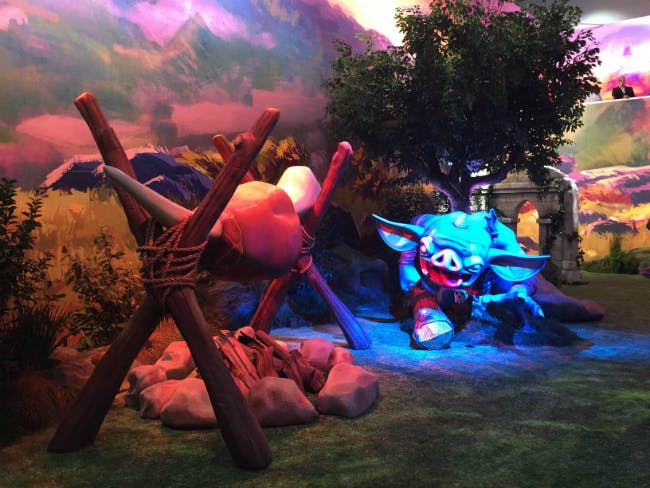 My adventure in the demo was structured around acquiring new pieces of gear to expand Link’s arsenal. Link attempts to acquire a paraglider that allows him to sail through the air from an old man he meets shortly after awakening from a 100-year sleep.

My impressions are admittedly based on the tiniest slice of Breath of the Wild. The 35-minute demo given to the press at E3 takes place in a forest that is only 1 percent of the total game space. It only touches upon the rudiments of the story. It gives only the barest taste of the game’s core systems.

Comparing how Breath of the Wild made me feel to how I felt for the original Legend of Zelda 30 years ago may simply be desperate nostalgia, the desire to recapture the wonder that Zelda games held for me before the franchise ballooned into a huge number of titles.

A Zelda game that feels so similar to Western open-world RPG design could end up being an awkward fit in the Zelda legacy. But that’s not what my instincts tell me. I haven’t been this excited to play a Zelda game since A Link to the Past on the Super Nintendo Entertainment System.

I was excited to play A Link to the Past because it hewed more closely to the original NES game, after Zelda II: The Adventure of Link took such a wide divergence from the original.

The Legend of Zelda: Breath of the Wild evokes for me the same feeling of a return to tradition as A Link to the Past did.

Nintendo has given Breath of the Wild a tentative March 2017 release date. And the exciting thing about that disclosure is that Breath of the Wild is supposed to be released simultaneously for the Wii U and Nintendo’s new NX console. That might give us an idea as to when the NX will hit the market.