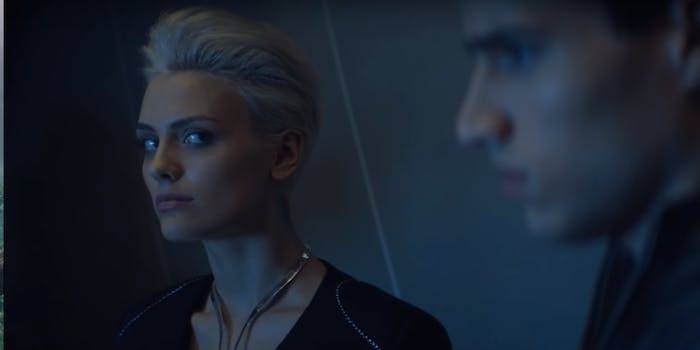 It's a sci-fi prequel about Superman's grandfather.

The premise for Krypton is a little out-there, as superhero spinoffs go. It’s a historical prequel about Superman‘s grandfather, Seg-El, a disgraced Kryptonian who strives to win back his family’s honor. Expect plenty of aristocratic intrigue, dastardly scheming, and obscure callbacks to DC Comics.

Someone “leaked” a trailer earlier this year, but it turned out to be fake. This time around we’ve got the real thing, introducing a cast of CW-looking actors to the distinctly Syfy-looking world of Krypton. The trailer delivers Cameron Cuffe as Seg-El and Georgina Campbell as his love-interest Lyta Zod (yes, that Zod), along with some cool spaceships, planets, and costumes.

This is one of the more unusual ideas we’ve seen for a superhero show, but it’s also in experienced hands. Krypton is the latest in a long, long line of DC adaptations developed by David Goyer, so this is good news if you enjoyed his work on the Dark Knight trilogy or, uh, Constantine.