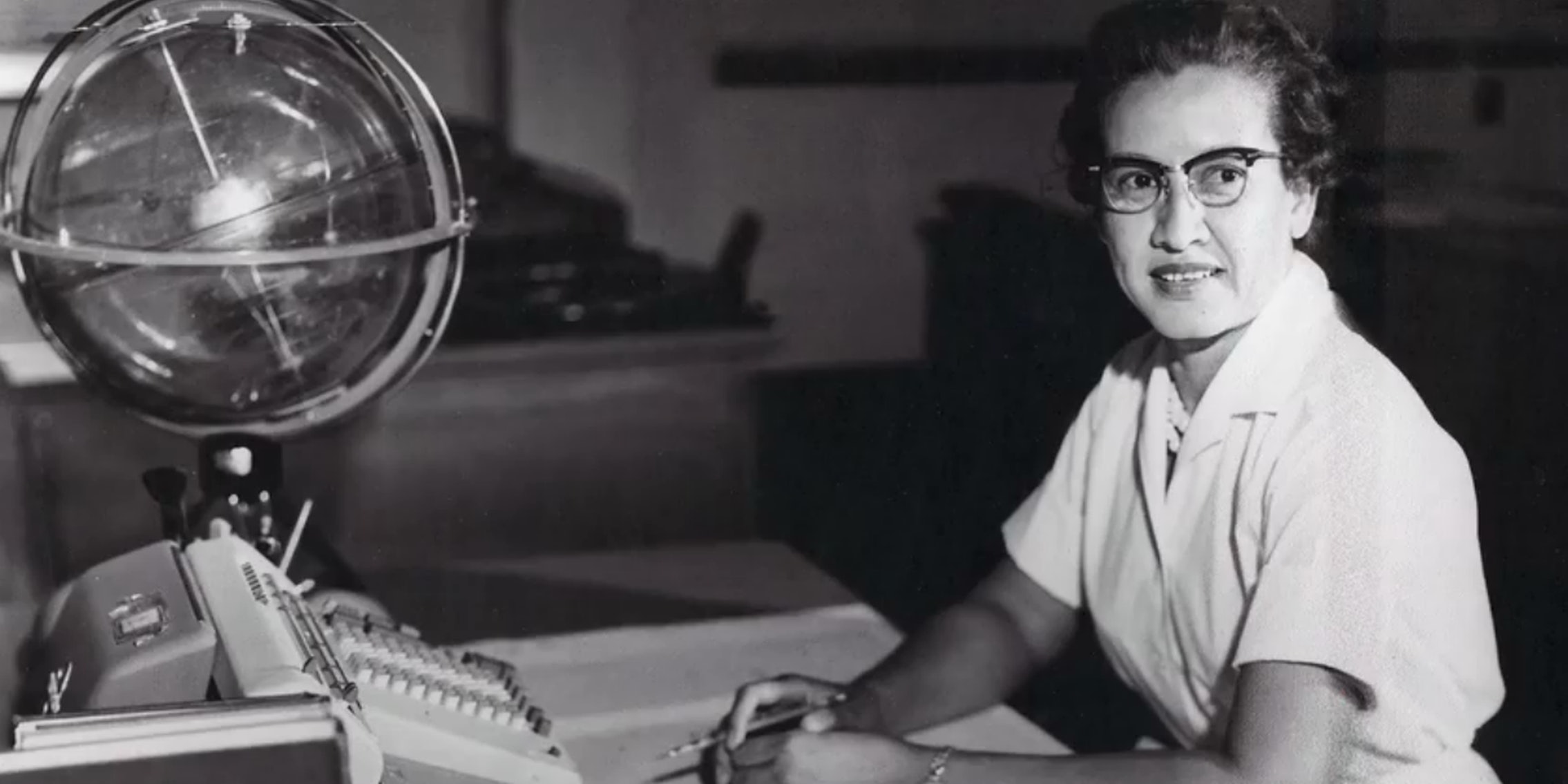 The groundbreaking scientist behind the film ‘Hidden Figures’

You need to know Katherine Johnson. Here's why.

Based on the novel by the same name, “Hidden Figures” follows Johnson’s story as a woman of color pursuing higher education in the segregation era, culminating in her critical role in the launch and safe return of astronaut John Glenn.

Johnson was one of a team of female “computers” working for NASA’s predecessor, the National Advisory Committee for Aeronautics (NACA). According to a NASA profile on Johnson, the NACA had started hiring women to carry out the “tedious and precise work of measuring and calculating the results of wind tunnel tests in 1935.”

During and after World War II they began to hire women of color as well, including Johnson in 1953. By then she had already built up quite the resume.

Born in West Virginia in 1918, Johnson demonstrated a brightness and aptitude for math at an early age. Her affinity for schooling led her to enter high school by age 10, according to another NASA profile. By age 15, she was enrolled in West Virginia State College.

After school she worked as a teacher and a stay-at-home mom before coming to NACA.

In 1953, America was in the throes of the space race. Johnson was set to work doing the complicated calculations necessary to set the flight paths for the first astronauts in space. She didn’t do it alone, of course. She was part of a whole team of black female mathematicians including Kathryn Peddrew, Sue Wilder, Eunice Smith and Barbara Holley.

According to NASA, Johnson stood out because she not only did the calculations, but also probed the “hows” and “whys” of space flight. Of course in the 1950s, a woman of color asking questions at her job wasn’t too highly regarded. But Johnson pressed on as she always did.

“She was told that women didn’t participate in the briefings or attend meetings; she asked if there were a law against it. The answer, of course, was no, and so Johnson began to attend briefings,” NASA wrote.

Eventually her tenacity, intelligence, and inquisitive nature landed her leadership roles in the space program where she deepened NASA’s understanding of the geometry of space flight.

“Even after NASA began using electronic computers, John Glenn requested that she personally recheck the calculations made by the new electronic computers before his flight aboard Friendship 7—the mission on which he became the first American to orbit the Earth,” NASA wrote in her profile.

She took to working with computers and continued to work with NASA until 1986. “Her calculations proved as critical to the success of the Apollo Moon landing program and the start of the Space Shuttle program, as they did to those first steps on the country’s journey into space,” the profile said.

On Nov. 24, 2015, President Barack Obama gave Johnson the highest civilian honor: the Medal of Freedom. According to a White House blog post on the ceremony, Johnson’s medal is, on some level, symbolic of the untold history of peoples of color contributions to STEM.

Johnson’s recognition by President Obama marks a proud moment in American history because until recently, Johnson’s critical technical contributions to the space race were largely unknown to the world. The contributions and leadership of countless scientific and technical women and people of color who have been tremendous innovators have been left out of American history books, unfortunately. That’s why the Obama Administration is deeply committed to illuminating the great work and “untold history” of science, technology, engineering, and mathematics (STEM), as well as also shining a light on the great potential of all of America’s children to lead the world as the next generation of discoverers, inventors, and high-tech entrepreneurs.

Johnson, who is now 97, is also honored in the White House’s Untold History of Women in STEM.