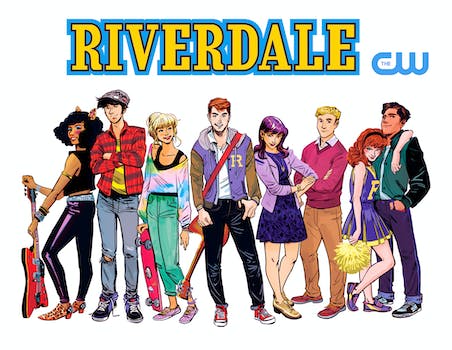 The CW rewrote Jughead’s sexuality for ‘Riverdale,’ against the actor’s wishes

In the comics, Archie's best friend Jughead is asexual. In the new 'Riverdale' TV show, he's a 'heartthrob.'

Jughead from Archie Comics is one of very few asexual characters to headline a mainstream comic, but in the upcoming TV adaptation Riverdale, his sexuality received a drastic reboot. According to actor Cole Sprouse, “Jughead will have romances with women.”

For most of Archie Comics history, Archie’s best friend Jughead displayed more interest in junkfood than in girls. Then in the 2015 relaunch of Jughead’s solo comic, he officially came out as asexual—a term that wasn’t commonly used when Archie began in the 1940s.

Airing on the CW, Riverdale is a Twin Peaks-influenced adaptation of the Archie universe, geared more toward a Teen Wolf audience than the more lighthearted nature of the comics. Speaking to Hollywoodlife, Cole Sprouse said he was “fighting… pretty heavily” for Jughead to be asexual, but Riverdale stuck with its reimagining of Jughead as a “heartthrob.”

“I come from an educational environment that really praises, as do I, the forms of representation that are otherwise lacking in our public media. But at the end of the day, I still had to do my job.”

Sprouse hopes to explore Jughead’s sexuality further in future seasons if Riverdale gets renewed, but this kind of decision is ultimately in the hands of the show’s writers.

This news is not entirely surprising, given the rarity of queer comic book characters making their way onscreen, and the near-invisibility of asexual people in popular media. But it’s still disappointing to see from Riverdale, which chose to turn down a rare opportunity for asexual representation—and radically alter a popular character in the process.