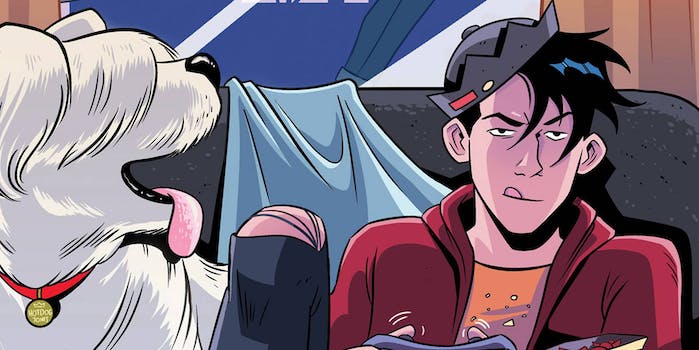 Find out why 'writing Jughead brings back some very happy memories' for Ryan North.

Archie’s food-obsessed best friend Jughead Jones has always been a cult favorite, but the recent relaunch gave the character a new lease on life.

In the first six-issue volume, Jughead battled his arch-enemy Principal Stanger and came out as asexual, and fans have plenty more to look forward to when the new creative team joins forces for issue #9. For one thing, Jughead will meet up with the new girl in town: Sabrina the Teenage Witch.

Writer Ryan North feels like a perfect choice for the surreal humor of Jughead. He’s best known for his work on Dinosaur Comics and Marvel‘s Unbeatable Squirrel Girl—where, coincidentally, he works with former Jughead artist Erica Henderson. We spoke with him about Sabrina, taking over from Chip Zdarsky, and what Jughead has in common with Squirrel Girl. 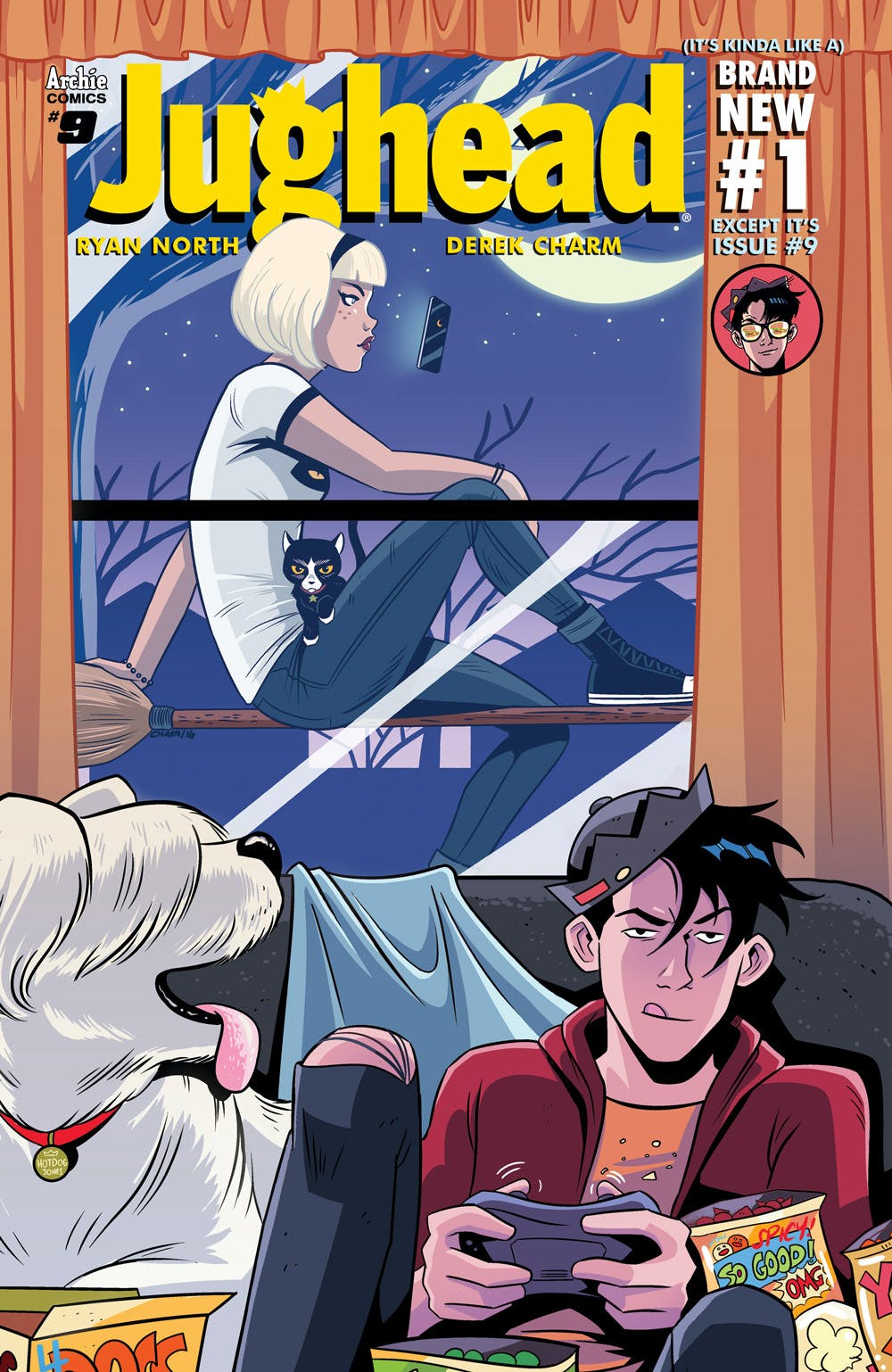 After Erica Henderson’s work on earlier issues, there’s a lot of crossover between the creative teams for Jughead and Squirrel Girl. Do you think the two characters have a similar appeal, or is it just coincidence that you both wound up working on this book?

Oh, sure! I can see how the two characters connect: Squirrel Girl and Jughead are very rational people in a world that sometimes doesn’t seem to quite fit them. Jughead’s surrounded by all this romance and kissing and the man just wants to eat some burgers, while Squirrel Girl is this super optimistic character who kinda does her own thing all the time.  Oh…unless you were asking if Erica Henderson and Jughead are the two characters with similar appeal? If that’s the case my answer is still “yes”; Erica is great and I am willing to go on record that SHE likes food too.

Did you talk much with Chip Zdarsky about the changeover? Were there any Jughead details you particularly wanted to continue from the first eight issues?

We brought it up during our weekly “State of the Union” address (where we get together and discuss how happy we both are that we’re friends).  I’ve been a big fan of Chip’s stuff for a long time and even bought the Jughead comics at my local comics store (which EVERYONE SHOULD DO, and, uh, continue to do now even though Chip’s not on the book anymore), so I was fully caught up on what’s going on, but we still got to talk about all sorts of secrets.  I see Chip’s Jughead as THE Jughead and I’m not going to be changing any of the things he’s set up! 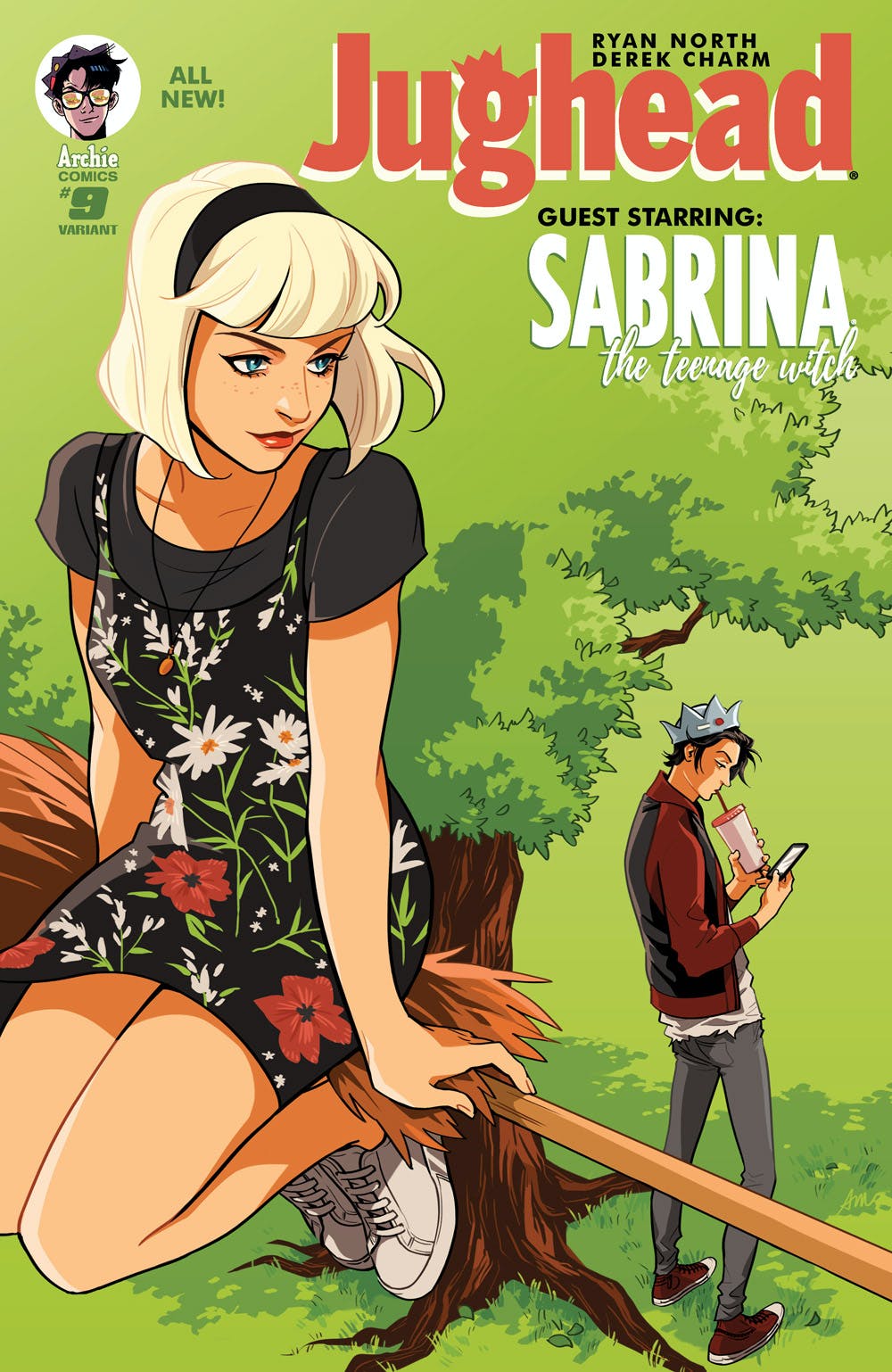 What drew you to the combination of Jughead and Sabrina?

I see Jughead as being generally this really rational dude, this anchor of sensibility in a world of boy/girl-crazy friends. And Sabrina’s interesting because she’s literally magic.  She is an actual witch in a world where witchcraft isn’t known to be a real thing, and she’s got this edge to her that you don’t often see in Riverdale.  I think Jughead’s just the kind of person who I think would be a lot of fun to see interact with that.

What are you enjoying most about working with Derek Charm, and writing Jughead in general?

Derek is super great.  I had the advantage of already knowing his work from IDW’s Star Trek comics (I am a big Star Trek fan) and of course from the Jughead covers he’s already done, and he’s got a great sense of personality and body language: everyone he draws looks distinctly themselves, you know? I can’t wait to get into this in depth with him.

Writing Jughead in general is a pleasure because—and I think a lot of very tall guys can agree with me on this—there was a time in my teenage years where I just ate all the time and never got full. One time, I got home and ate a full 5-pound lasagna and a quart of milk as an after-school snack and then still ate dinner when my parents got home. And I would’ve gotten in trouble for it too, except my parents didn’t believe that I’d actually managed to eat the whole lasagna: they assumed I’d just hidden it or something.  When I showed them the empty lasagna tin they were more impressed than upset.

All of this is to say, writing Jughead brings back some very happy memories. 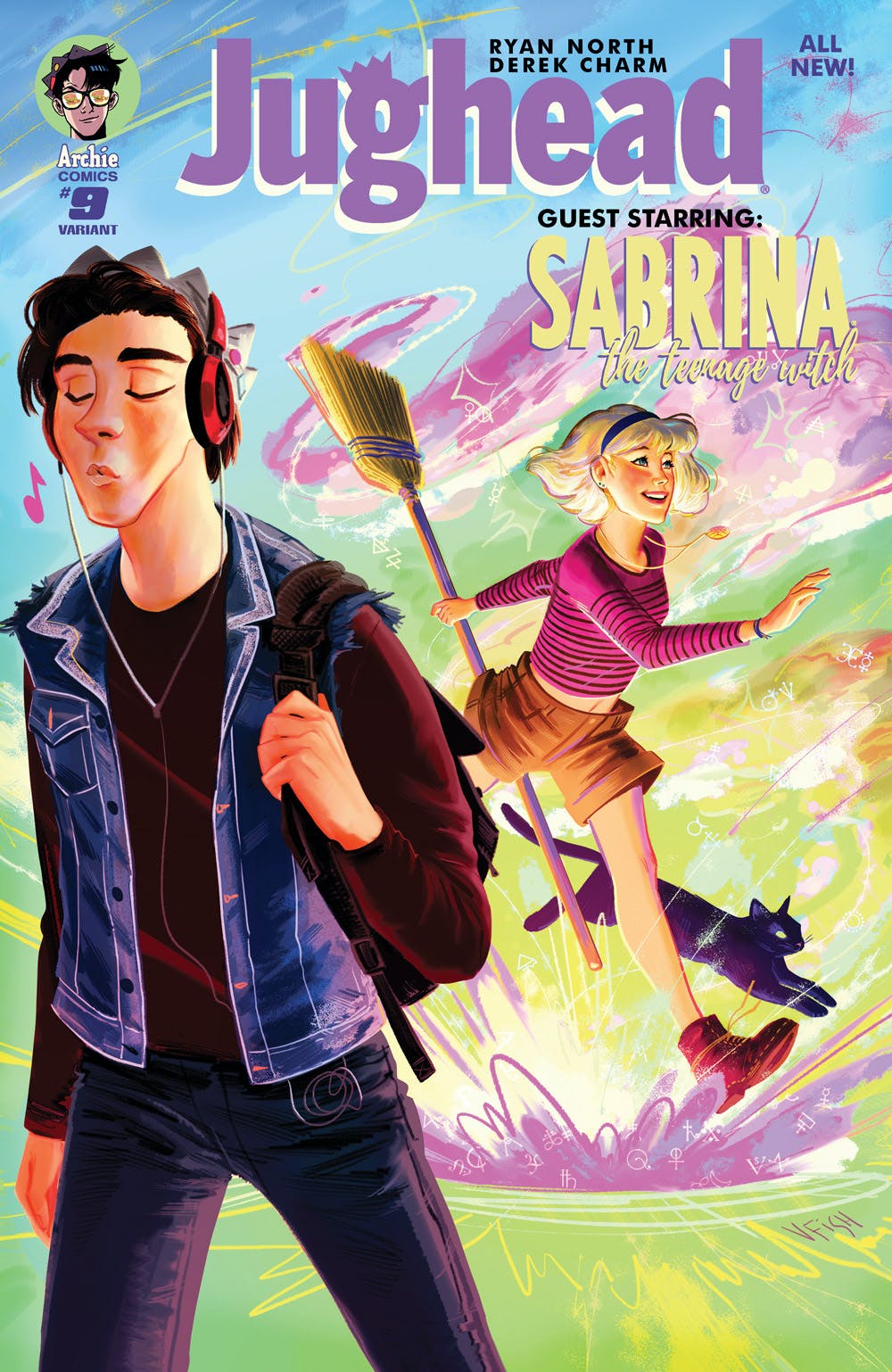 Jughead #9 comes out on September 7.