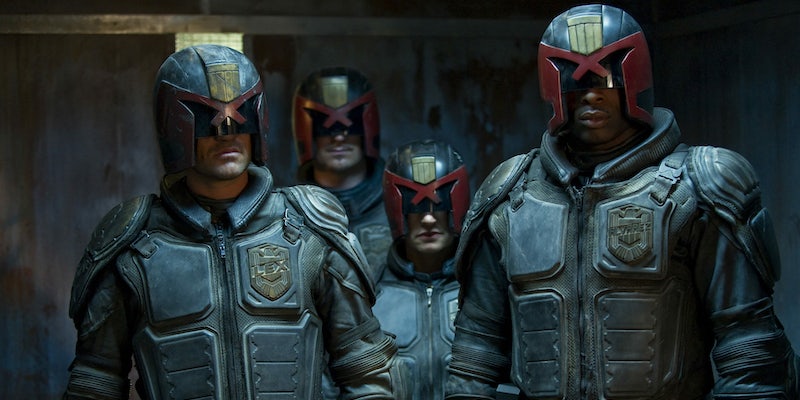 Judge Dredd is getting a TV adaptation

The live-action TV series will be called 'Judge Dredd: Mega City One.'

Like so many comic book characters at the moment, Judge Dredd is getting a small-screen adaptation.

Entertainment Weekly announced Wednesday that Judge Dredd’s parent company, the publisher/game developer Rebellion, is teaming up with IM Global to make a Judge Dredd TV series. (So, fans should probably abandon hope for a sequel to the cult 2012 movie Dredd.)

Judge Dredd is an icon of dystopian fiction, published for 40 years in the British anthology comic 2000 AD. His role is intrinsically political, a satire of authoritarianism and militarized police. In a crime-infested megacity in the 22nd century, heavily armed “judges” enforce the law as judge, jury and executioner, with Dredd as the most dangerous and unsympathetic of them all.

The series hasn’t announced a showrunner yet, but we know it will be called Judge Dredd: Mega City One, after the comic’s most famous location. According to EW, it will be an ensemble drama about a team of judges, rather than focusing on Dredd as a solo protagonist.