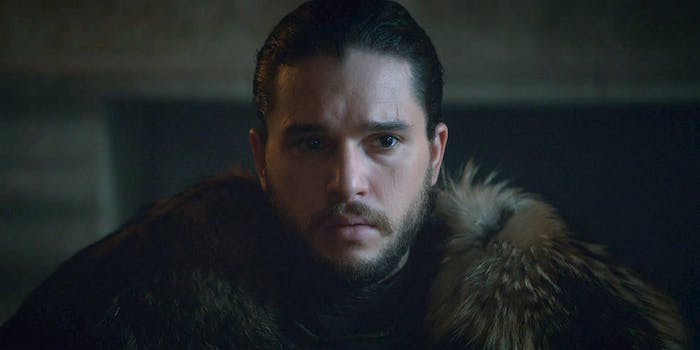 Warning: This article contains spoilers for the season 6 finale of Game of Thrones, “The Winds of Winter.”

After nearly 20 years of gathering evidence and speculation, Game of Thrones finally solved one of the biggest mysteries looming over A Song of Ice and Fire in an already explosive finale, but some fans weren’t as convinced about one half of that equation.

R+L=J, or the theory that Rhaegar Targaryen and Lyanna Stark are the parents of Jon Snow, has ample book and TV show evidence to support it and it’s been around since at least 1998; the first-known instance of it appeared on a group forum. It’s common knowledge even among more casual fans who did some research after watching Game of Thrones. The show, in the Tower of Joy sequence, is a little less subtle than a book reveal might be: a close-up on the baby, whose true name we don’t hear, cuts straight to an adult Jon who’s about to be declared King in the North despite his bastard status.

We now know definitively that Lyanna is Jon’s mother; this is the question David Benioff and D.B. Weiss famously answered correctly to receive George R.R. Martin’s blessing to adapt his books, so it’s probably safe to assume it holds true in the books as well. But who’s the father? Ask most people who subscribe to R+L=J and the answer is obvious: It’s Rhaegar of course. Jon is totally a secret Targaryen who inherited none of the Targaryen features—maybe even a legitimate Targaryen. But some are looking to other potential figures for the answer.

In the past few days, fans have landed on a number of alternatives. Some think that the “R” in R+L=J stands for Robert Baratheon. Others believe that Jon is a still secret Targaryen, but that it’s not Rhaegar: it’s Aerys II Targaryen, Rhaegar’s father who’s better known as the Mad King. Or maybe Jon is full-on Stark: a product of incest between Lyanna and Ned. (Hey, the Lannisters and Targaryens have done it.)

Some fans may have thought that cutting from baby Jon to adult Jon was a little too on the nose for the show, but it was a smart move considering how other theories Jon’s father are swirling because Game of Thrones wasn’t completely explicit about it.

A post-season interview by Isaac Hempstead Wright, whose character Bran witnessed the reveal in one of his visions, adds to the speculation that it might not be Rhaegar.

“When Bran sees his father’s reaction and understands that this is a surrogate child his father has brought up, he thinks to himself, ‘Well, wait, what surrogate children has my father brought up? Oh! Jon Snow! So Jon Snow isn’t my half-brother,’” he told The Hollywood Reporter. “But we still are pretty clueless as to the father, I think… And at this stage, it could even be Ned. There could be a Cersei and Jaime thing going on there.”

Aside from the evidence scattered throughout Game of Thrones that Rhaegar is Jon’s father, there’s enough to look at why other candidates don’t make sense.

Robert was in love with Lyanna pretty much up to the day he died, or more likely, he was in love with the idea of her. They were betrothed in a marriage arranged by Lyanna’s father, and after she died Robert wed Cersei Lannister instead. Whenever Cersei caused Robert trouble, he thought of what could have been. In the books, he didn’t believe that Lyanna would publicly oppose him; Ned argued he didn’t really know Lyanna.

Lyanna, on the other hand, wasn’t exactly thrilled with the betrothal because word of Robert’s womanizing had reached her, and she didn’t think marriage would change him. But that marriage never came to be because Rhaegar kidnapped Lyanna—or they ran away together.

Also, as Lyanna utters her dying wish to Ned, that he protect Jon and raise him as his own, she says, “If Robert finds out, he’ll kill [him]—you know he will.” If Jon were Robert’s bastard, why would he want to kill his own child? If anything, Robert could just legitimize him and make him heir over any children he had with Cersei (Jon is older than Joffrey, but Joffrey isn’t really Robert’s, and Robert never liked him anyway).

It’s more plausible that Robert would want to kill Jon because he hates Targaryens, possibly as an ill-fitted attempt at vengeance for Lyanna.

There’s not much proof to support this thread, and the Ringer’s Jason Concepcion, who brought it up in one of his post-Game of Thrones articles, isn’t exactly a fan. He points out that “problem pregnancies” happened a lot between Aerys and his wife Rhaella—her final one resulted in the birth of Daenerys Targaryen and killed her—and Aerys has been mentioned in many of the episodes. But aside from an event like the Tourney at Harrenhal, which was publicly attended by much of the Seven Kingdoms, we don’t even know if Aerys and Lyanna have ever even met.

Ned hadn’t seen Lyanna in about a year by the time she gave birth to Jon, so the math doesn’t check out. Also, we have so much incest on the show already, do we really need more? (It wouldn’t be anywhere near the most twisted thing we’ve seen, though.)

Not so fast. An infographic from Making Game of Thrones, an official show blog, says otherwise. In a rather confusing chart, it demonstrates all of the marriages, births, and deaths that happened leading up to Ned’s final promise to Lyanna. 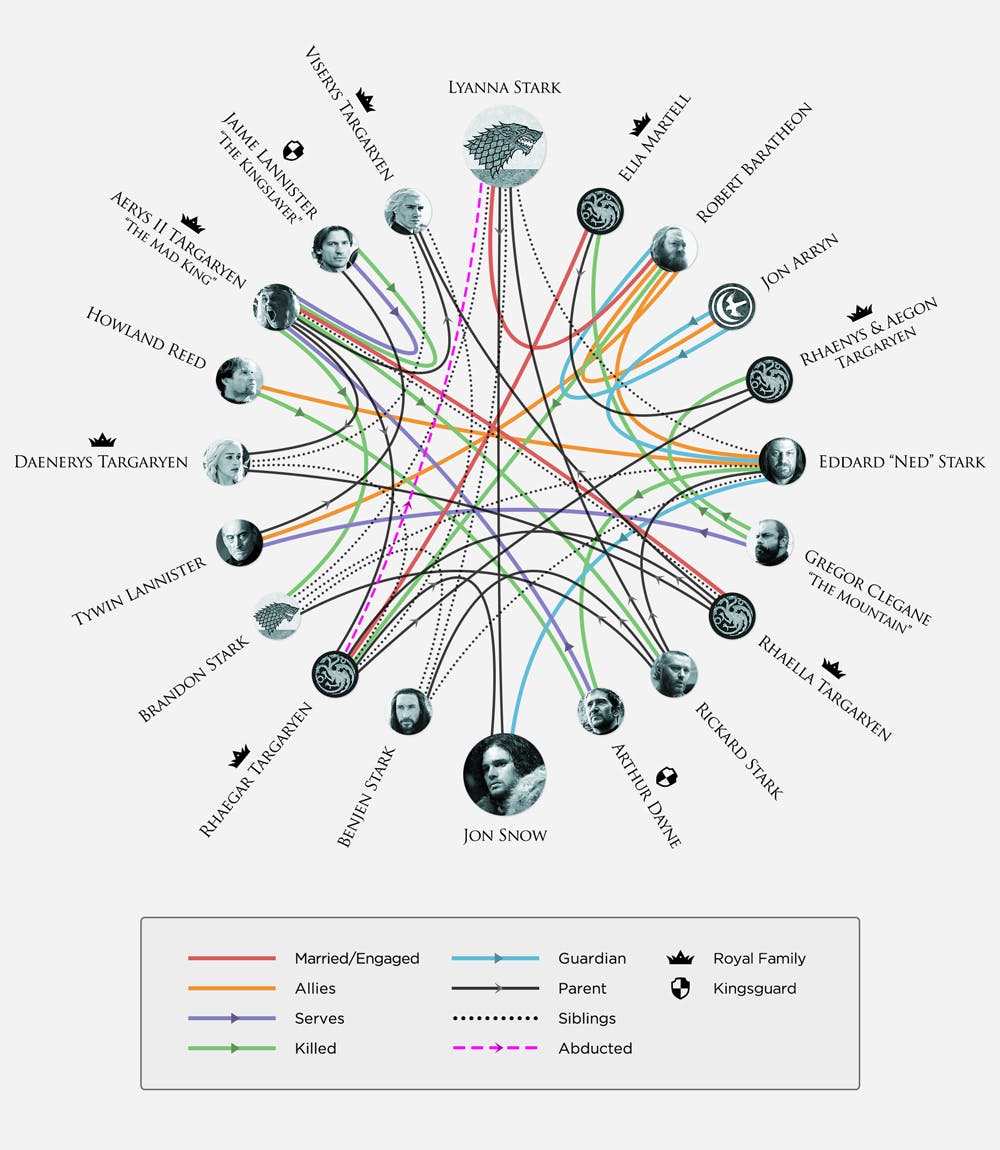 Following the two brownish-black lines that point towards Jon reveal his parents: Lyanna Stark, which we already knew, and Rhaegar Targaryen just a couple spaces away. We don’t know if we’ll ever see Rhaegar on the show, but this one seems to be clear: Rhaegar is the father.