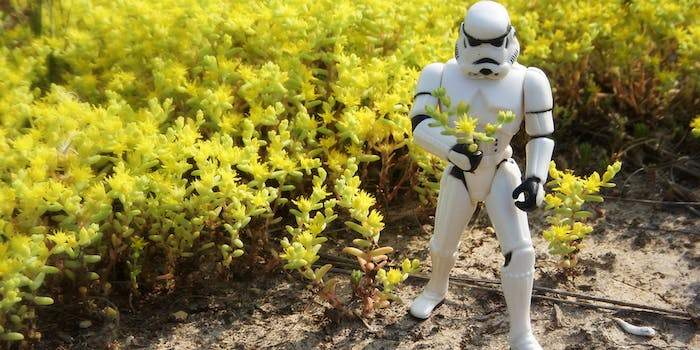 "The world awaits this film."

Filming for Star Wars: Episode VII, i.e. the most-anticipated film since ever, has begun, and early photos are already making their way from the sound stage to the Internet.

Now, J.J. Abrams’ opening-day note to his cast and crew has surfaced, revealing not just an awareness of the intergalactic size of the task they have set before them, but also his knowledge that the whole world is watching:

What an honor it is to work beside all of you, on Star Wars Ep VII. I can’t thank you enough, for all work past and future. Let’s take good care of not just ourselves, but of each other. Amazing, but true: the world awaits this film. Let’s give ‘em something GREAT. Abrams is leaving one troubled starship in his wake as he exits the Star Trek franchise to helm another beloved sci-fi franchise in a galaxy far, far away. But that hasn’t stopped fan enthusiasm for the film from gaining steam as details about the cast have surfaced, some from surprising places.

So will Abrams’ farewell note on the final day of production be as rosy and optimistic? We can only hope so.