These phenomenal cosplayers have brought the love of Rise of the Guardians' Jack Frost and Frozen's Queen Elsa to life.

The Frozen fandom has given us an array of beautiful cosplay, fanart, music, hilarious parodies, and much more.

But when it joins forces with other animated film fandoms, Frozen delivers something entirely different: an epic, original love story between two lonely ice magicians. Now, an incredible cosplay group is bringing the love of Queen Elsa and Rise of the Guardians’ Jack Frost to life. The romance of Jack and Elsa, or “Jelsa,” as its largely Tumblr-based fandom of shippers has dubbed it, is an entirely fan-created pairing. The characters are from two films from different animation studios. Jack Frost is a product of Dreamworks. It’s unlikely he’d ever actually star in a crossover with Disney’s Elsa. But as you can see from this epic photoshoot by Korean photographer “Lento,” they’re a match made in Frost Heaven: The photoshoot features cosplayer Ato Kyol as Elsa and friend Delight as Jack. 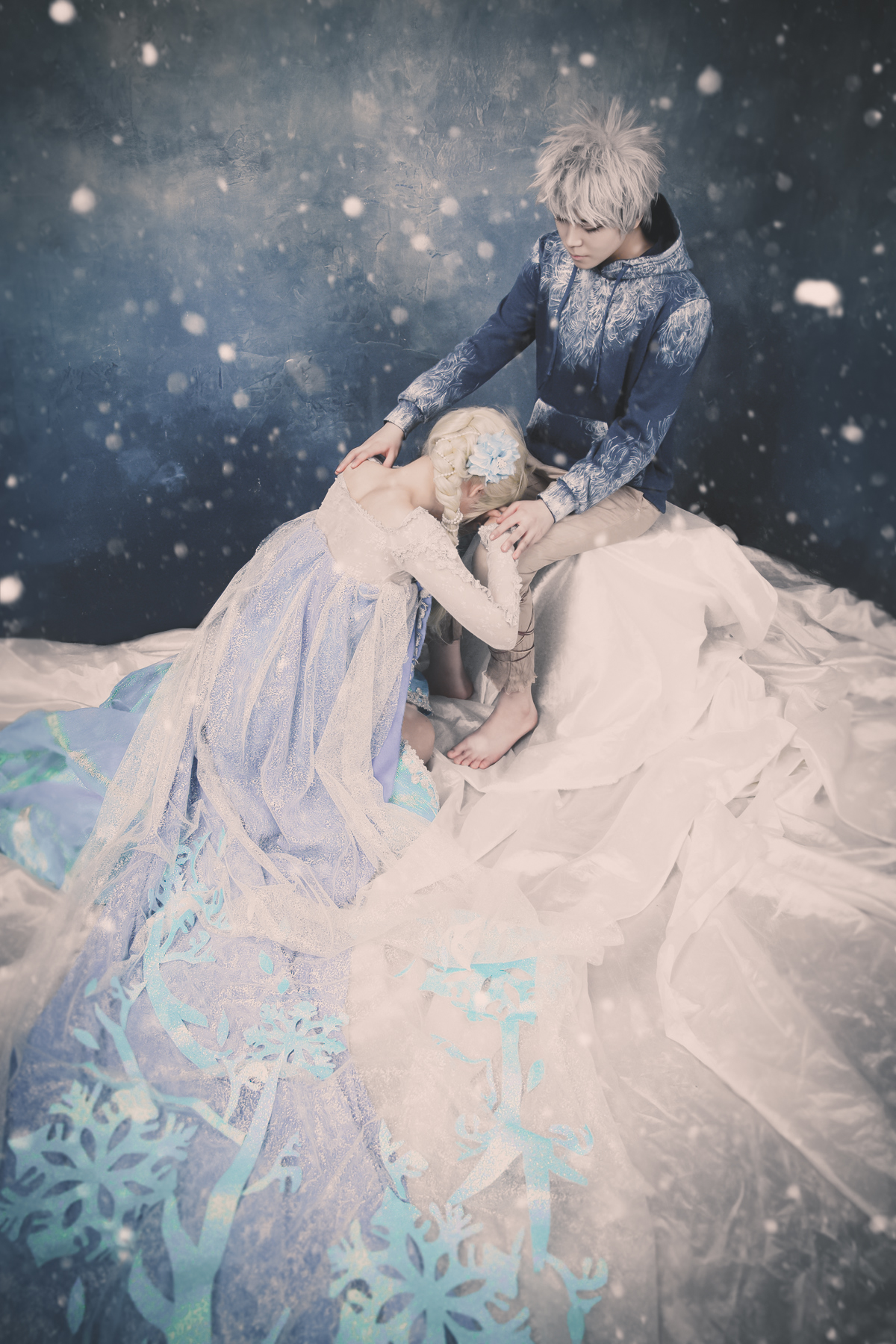 Can we just say we’re in love?

The Jelsa fandom exploded in November shortly after the release of Frozen. Along with an epic five-way crossover fandom known as the Rise of the Brave Tangled Frozen Dragons, it’s part of a new and exciting online fandom for animated films. But Jelsa is something apart from the rest, because it demonstrates just how perfect a good crossover can be. After all, what’s more perfect than pairing two white-haired, blue-adorned, solitary-by-choice magicians whose ice magic keeps them forever isolated from companionship? C’mon, these two are obviously OTP. It shouldn’t be possible for cosplay to turn you into a giant vat of emotions. Congrats, Korea. Just when we thought Japan had given us some next-level cosplay, you guys just raised the bar.

You can, and should, view the entire masterful collection here on Lento’s photography website. And check out more of Ato Kyeol’s amazing cosplay work on her Facebook.

After you’re done sobbing, that is.

All photos by “Lento” featuring Ato Kyeol and Delight via llento.woobi.co.kr