How to speak fangirl

And most of all, why should you care?

“Fandom” refers to communities of active fans. Activity means you’re not just passively receiving media. You’re writing, remixing, and drawing responses to what you’ve received. You’re going to a convention or wear a costume to a midnight showing of your beloved franchise. You’re arguing with friends over Twilight versus Harry Potter. Creative Commons author Lawrence Lessig explains it, in his description of remix culture, as the difference between a read-only culture and a read/write culture.

More and more, fandom is becoming a part of the mainstream culture that it critiques. And that makes understanding fandom important to all of us.

That means knowing how to speak fangirl. 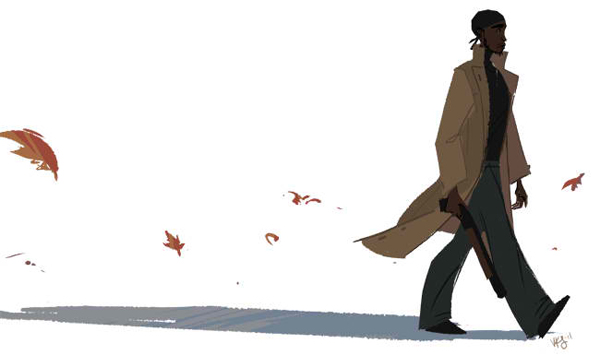 Fanart of The Wire’s Omar Little, by Banditry

Fanfiction: Call it fic, or fanfic, or works of fanfic, but never “fanfictions.” Fanfic is what happens when someone writes a story based on someone else’s story or based on an existing event or person in history, while still leaving the source recognizable in their own work. The inspiration source for the new work is called canon.

In fandom, most fanwork is driven by the desire to see your favorite characters get together. This often comes with epic plots, beautiful world-building, and excellent commentary on canon. But there’s also plenty of romance involved.

Slash: Fanwork with a queer romantic pairing. Slash typically queers the identity of characters who are presented as straight in canon. “Slash” usually refers to men in a queer fic storyline (m/m), but can also refer to women. The alternative term for female pairings (f/f) is “femslash,” but some women prefer to use “slash” to refer collectively to all queer pairings.

Gen: Short for “General” themes, genfic is the term for a story that doesn’t have a romantic pairing or plot as one of its driving aims.

PWP: This is a fic that’s light on plot and heavy on sex. “PWP” stands for “Plot? What plot?”

AU (Alternative Universe): Taking characters out of their original setting and putting them somewhere else or changing something else fundamental to the universe. Think Hogwarts in space, or “World War 2 Never Happened.”

Mary Sue: An original character who serves as an obvious wish-fulfillment stand-in for an author, in that she has no real flaws and is universally beloved. Mary Sues are universally denigrated but serve an important role as a formative narrative of female empowerment, which is why The Mary Sue adopted it as a call of arms to its audience of female fangeeks. The male version is a Gary Stu.

RPF (Real Person Fiction): Stories about real people, e.g. The Tudors, The Other Boleyn Girl, all of Shakespeare’s histories, etc. RPF is a mildly controversial form of fanfiction, but in terms of narratives throughout history, it’s the most common type of storytelling there is. RPS (Real Person Slash) is slash involving real people, e.g. the RPS between Harvey Milk/Scott Smith in the film Milk.

Tinhatting: A term that designates a subset of RPF fans who believe that their celebrity pairing is factually an item IRL. Tinhats often utilize elaborate conspiracy theories to make their beliefs conform to reality, hence the term. 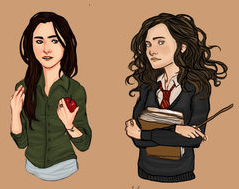 Pairing: A couple you want to get together. Example: Buffy/Spike, a.k.a “Spuffy.”

Ship: Alternate name for a pairing, short for ‘relationship.’ Example: “My ship is SasuNaru.” Ship can also be used as a verb, e.g. “I ship Alicia/Kalinda,” or, “Which characters are you shipping this week?”

OTP: The One True Pairing, the pairing that stands above all others as your most beloved (in this canon, at least). Example: “Arthur/Eames is my OTP.” The triad version is OT3. 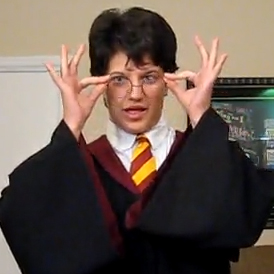 Other kinds of fanwork

Cosplay: What you do at Halloween, basically, only cosplayers do more of it and more often.

Crafts: Fandom-based crafts are becoming increasingly popular, perhaps due to the success of businesses like BPAL, with its own unique genre of fandom creation.

Doujinshi: Fanart-based fan comics, most often based off a previously existing manga or anime, or even another doujinshi. Doujinshi circles are increasingly popular, and doujinshi conventions in Japan routinely draw crowds to rival the biggest fan cons in the U.S.

Fanart: This is art about an original source. Fanart is often powerful, smart, subversive, jaw-dropping, and beautiful.

Fanvids: Vids, usually set to music, made using clips from the source work and sometimes other sources, too. The practice of making fanvids is called vidding.

Filk: Songs about the source work. Sometimes they riff off songs you already know, often with fun results, but more often, they’re entirely original. In Harry Potter fandom, filk has led to an entire genre known as Wrock—short for Wizard Rock.

Meta: This is non-fiction writing about canon or other fanworks.

Recs: Short for “recommendation.” Reccing other people’s fanwork is a long and valued fandom tradition.

RPGs: Role-playing games are popular with more than just gamers.

Zines: Printed, bound collections of fanworks, usually fic and fanart. Before email and Usenet, fannish ideas spread from convention to convention as a result of the work of zine-makers who handed them out and passed them on.