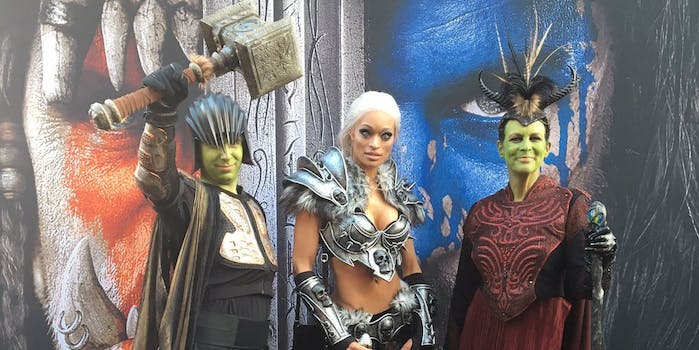 Jamie Lee Curtis wows everyone with her ‘Warcraft’ premiere cosplay

Curtis just made a heavy bid for mother of the year.

In case you ever worry that there’s a cut-off age for cosplay, actress Jamie Lee Curtis just proved there’s no such thing by showing up to the Warcraft premiere in Los Angeles Monday night in full costume.

Curtis, 57, looks absolutely perfect as an orc shaman. Her son, Thomas Guest, also dressed up for the affair, giving us all a new fantasy for family #goals.

“We’re serious about our games,” Curtis told Entertainment Tonight in a red carpet interview. “Tom is a player and I’m a supporter. I think that what Blizzard has done has changed the universe.”

Curtis also cosplayed at BlizzCon 2015 as an undead Forsaken character, which earned her hordes of new fans on Twitter.

And also, this happened, making Curtis basically the coolest mom on the face of the planet.

While Warcraft may not have done much to improve Hollywood’s reputation for making horrible film adaptions of video games, at least it gave us this delightful moment. It debuts in theaters this Friday.