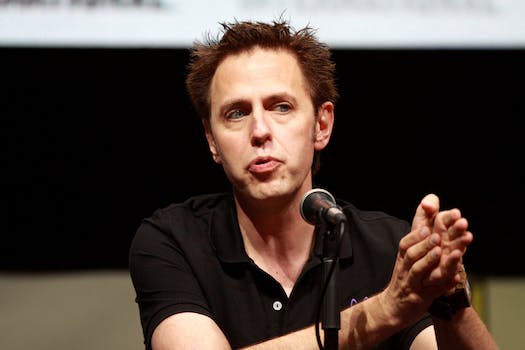 The 'Guardians of the Galaxy' director revealed the tidbit during an impromptu Q&A.

Guardians of the Galaxy cowriter and director James Gunn revealed that Marvel won’t be going to San Diego Comic-Con this year in a Facebook Q&A.

Gunn decided to hold the impromptu Q&A for his fans Saturday afternoon, as long as they didn’t ask anything regarding the plot or characters in Guardians of the Galaxy 2. At one point, a fan inquired about his SDCC plans. Since Marvel isn’t attending, he said, he’s not sure if he will be.

When pressed further by fans on Twitter, Gunn affirmed that he was telling the truth about Marvel not planning to attend SDCC.

“@starglooms: @JamesGunn @DrunkenShots guys, he could be lying” I have never lied about anything to the fans, ever.

Marvel has yet to comment on its SDCC plans. We’ve emailed Marvel for comment and will update if and when we hear back.

In recent years, Marvel Studios has used SDCC to either promote and create buzz around upcoming films—e.g. premiere exclusive footage for Avengers: Age of Ultron or GotG’s Karen Gillan revealing she shaved her head for the role of Nebula—or introduce the cast of a new film, as it did with Ant-Man. Other companies, like Warner Bros., have used SDCC to reveal a character’s costume, like it did last year for Wonder Woman in Batman v Superman.

If Gunn is right and Marvel Studios is skipping SDCC, we have a few guesses as to why.

1) It isn’t ready to reveal anything to the masses

By the time SDCC starts on July 8, most of its projects for 2015 will be in the wild. Daredevil will be out on Netflix, Age of Ultron will most likely still be in theaters, and Ant-Man will be out just about a week after the convention, with its stars right in the middle of a long Marvel Press Tour (TM).

The projects slated for release next year—Captain America: Civil War and Doctor Strange—will likely be in production or pre-production, and Netflix’s next Marvel show, A.K.A. Jessica Jones, is still announcing casting with no release date. With Civil War having two-thirds of the Avengers in the film anyway, the reveals may not even be SDCC-worthy, and Marvel may not yet be ready to reveal Spider-Man.

Batman v Superman, coming out in 2016, will pit the biggest heroes of DC Comics against one another. Last year we got a costume reveal, and it’s possible that we may finally get a trailer. The film’s coming out March 25, 2016, and with SDCC occurring eight months beforehand, the timing is right for a sneak peek. Let’s just hope it expands to people beyond SDCC’s Hall H.

3) Marvel could use other means to make the big announcement

Marvel proved during its highly publicized press event in October that it could generate a buzz on its own without the help of SDCC. It had a hashtag, a red herring, and plenty of celebration from fans. It’s taken to The View and The Colbert Report to debut big comic reveals such as a genderswapped Thor and Sam Wilson as a black Captain America.

Comic Book Movie’s Dave “Gold” Khanlark brought up the question of whether Marvel would only make big announcements at conferences like D23 (run by parent company Disney) or even just throw its own events instead of going to big conventions from now on. But let’s be honest. No matter how Marvel decides to roll out previews and annoucements to the crowds, we’ll be tuning in.