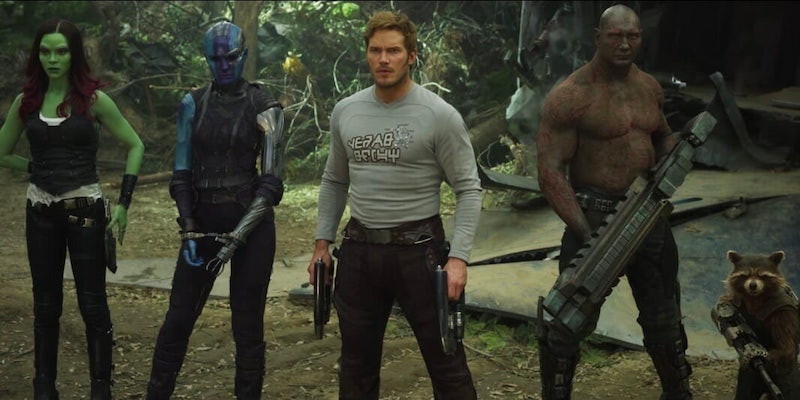 James Gunn is writing and directing ‘Guardians of the Galaxy Vol. 3’

He'll be back to save the galaxy again.

Guardians of the Galaxy Vol. 2 has yet to debut in theaters, but director James Gunn is already looking ahead to the next installment.

He announced on Facebook Monday that he’ll be writing and directing Guardians of the Galaxy Vol. 3, revealing it to fans before the question inevitably came up during Vol. 2’s press tour. It was a decision, Gunn explained, that didn’t come lightly, as he considered Hollywood’s history of movie trilogies—and how he didn’t want to become a director who pretended a third movie didn’t exist because he wasn’t involved.

“In the end, my love for Rocket, Groot, Gamora, Star-Lord, Yondu, Mantis, Drax, and Nebula–and some of the other forthcoming heroes–goes deeper than you guys can possibly imagine, and I feel they have more adventures to go on and things to learn about themselves and the wonderful and sometimes terrifying universe we all inhabit,” he wrote. “And, like in both Vol. 1 and Vol. 2, we will work on creating the story that goes beyond what you expect.”

Well, this week we start the U.S. press junket, before traveling to Europe at the end of the week. Of course I know some…

Granted, Guardians of the Galaxy Vol. 3 hasn’t been confirmed yet, but Vol. 2 is estimated to open with $150 million domestically and Marvel Studios president Kevin Feige previously pointed to Vol. 3 as a film that could happen beyond 2019. Prior to his announcement Gunn already seemed confident that it would happen. Now, it’s just a matter of adding it to the cinematic lineup.